With a name like Atomic Eden, you might expect this film from Nico Sentner to be a Mad Max style adventure through a post-apocalyptic wasteland, but the reality of this 80’s movie throwback may surprise you. 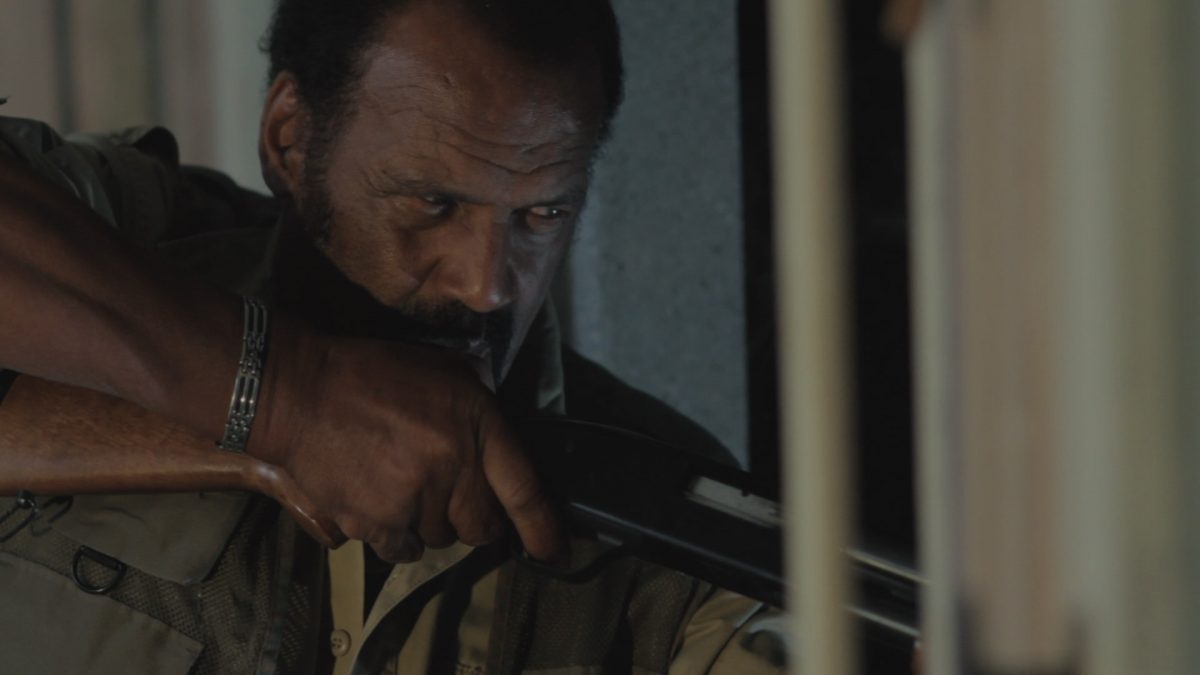 Fred Williamson stars as Stoker, the grizzled veteran of many unnamed, covert special ops missions who is assembling the team, one last time. Film buffs will no doubt be aware of Williamson’s fame in the 70’s as the star of many Blaxploitation features like Black Caesar and Hell Up In Harlem with filmmaker Larry Cohen, whom I’ve written about in the past on Popgeeks here. Going into the 80’s, Williamson became a favorite of Italian action directors and starred in overseas productions like The Inglorious Bastards and for fans of Mystery Science Theater 3000, 1990: The Bronx Warriors. 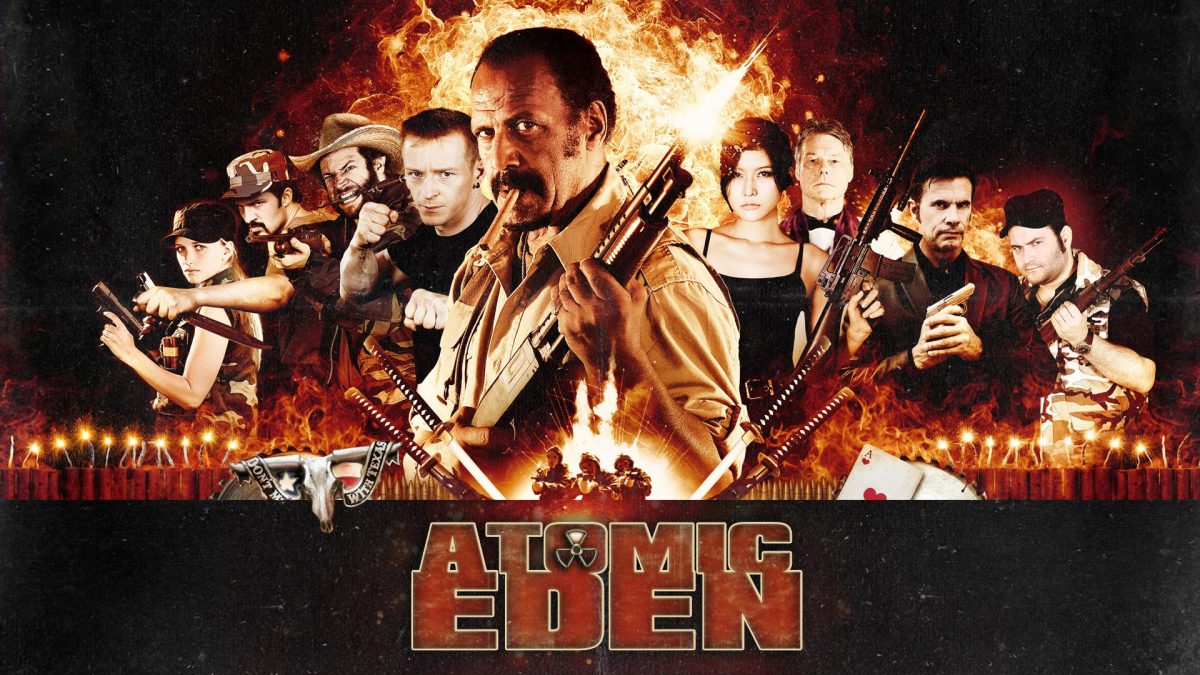 Upon first seeing the title Atomic Eden, I was convinced Williamson was returning to participating in a film like Warriors of the Wasteland that would find him clad in makeshift armor driving through a desert to fight clans of marauding mutants for precious natural resources, but my assumption was incorrect. Atomic Eden instead unravels as follows:

Trapped inside an old mining complex, somewhere in the ruins of Chernobyl, a group of international mercenaries must band together to fight an army of mad men, 8 against 800, they just couldn’t lose.

One would think that 8 against 800 would have been a more revealing title for audiences to latch onto when the film was originally completed in 2015, but the mystery of the meaning behind Atomic Eden surely has likely resulted in a few more eyes on the project over time. 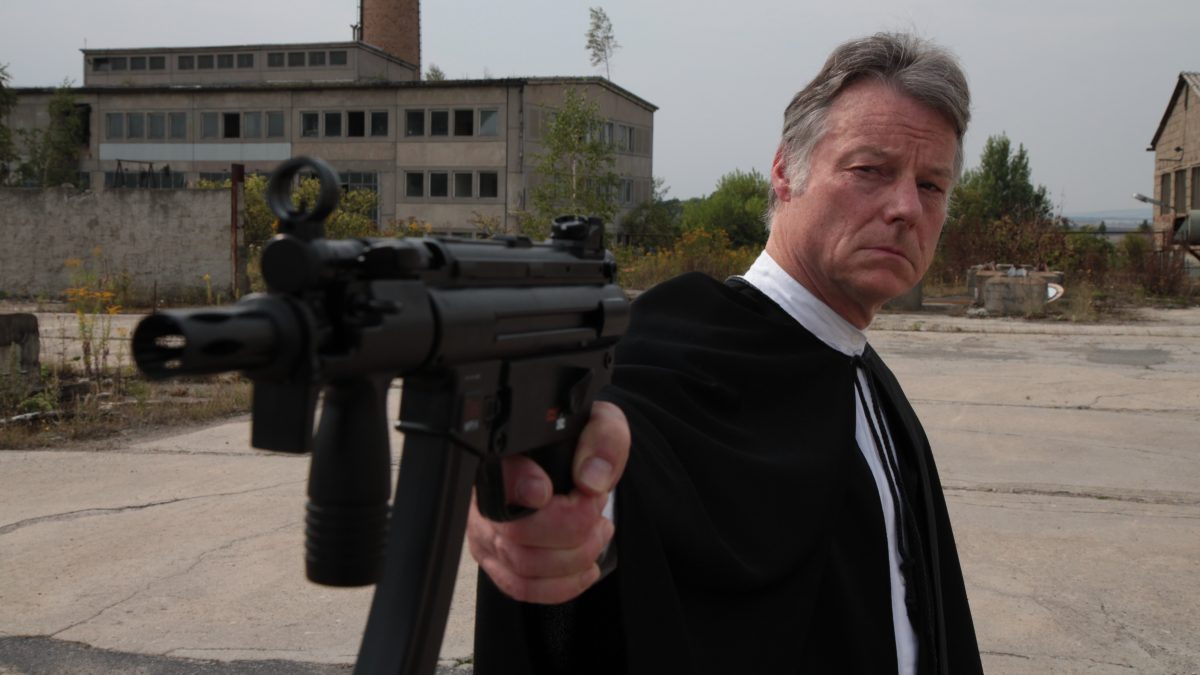 Aside from Williamson and Wolfgang Riehm as the former mercenary turned repentant Priest who is called back into action, the rest of the international team is relatively young and fresh faced. It seems unlikely that these “youngsters” have graduated from college, let alone traveled the world for years completing deadly missions for hire, but without them the film wouldn’t be nearly as exciting. 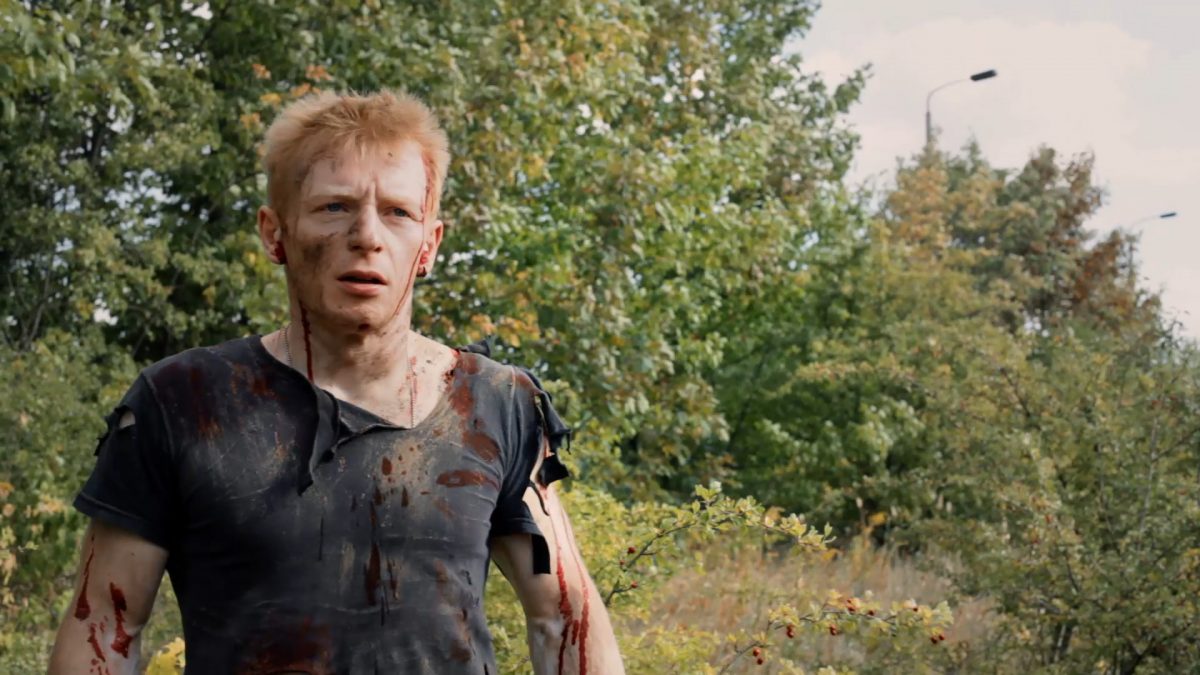 Mike Moller as David doesn’t offer much in terms of on-screen charisma, but as a very skilled German stuntman it is his furious and very convincing fight scenes that are the true highlight of Atomic Eden. In fact the director opens the movie with a montage of Moller’s best moves for what I thought was a flashback to previous missions, but then the same scenes play out 20 minutes later. Apparently Sentner knew he had captured something special on film and just wanted to wet the appetite of the audience for what was to come. 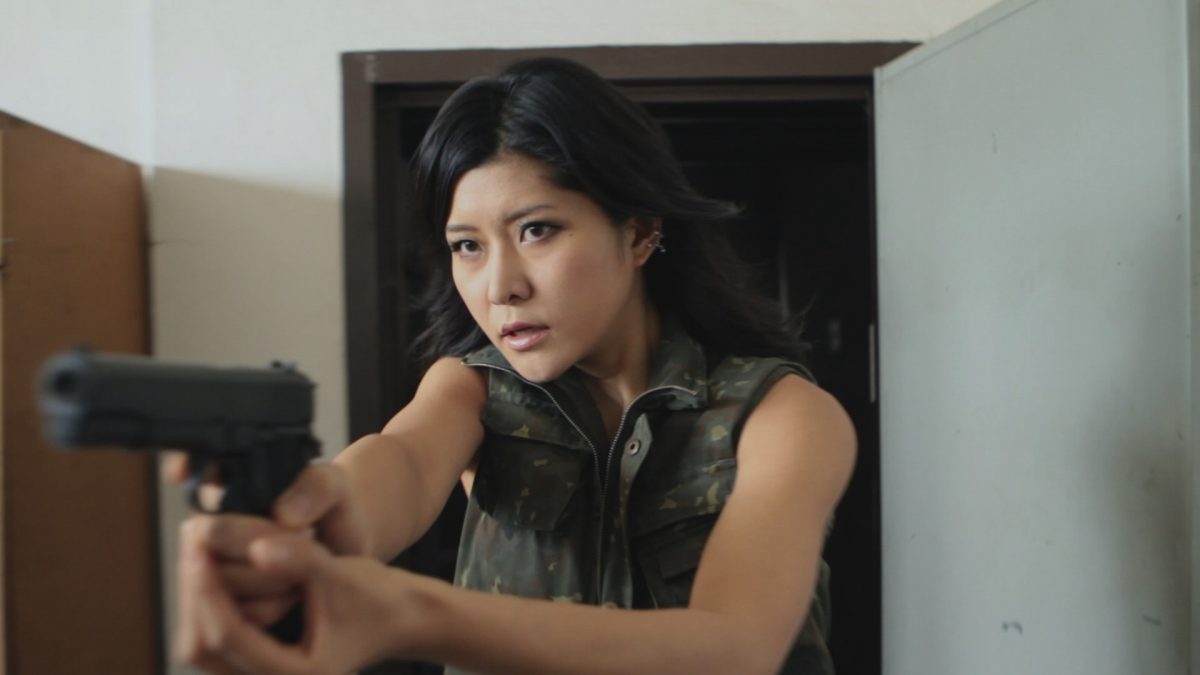 Equally impressive in the sheer artistry of her fight choreography is Hazuki Kato as Reiko, a tall Japanese operative who is deadly when her fists and feat let loose on enemies. Unfortunately Kato’s dialogue is very stilted and feels as if it was learned phonetically, which takes away from the bad-assery of her character when called upon to deliver more than a grimace and a killing blow. 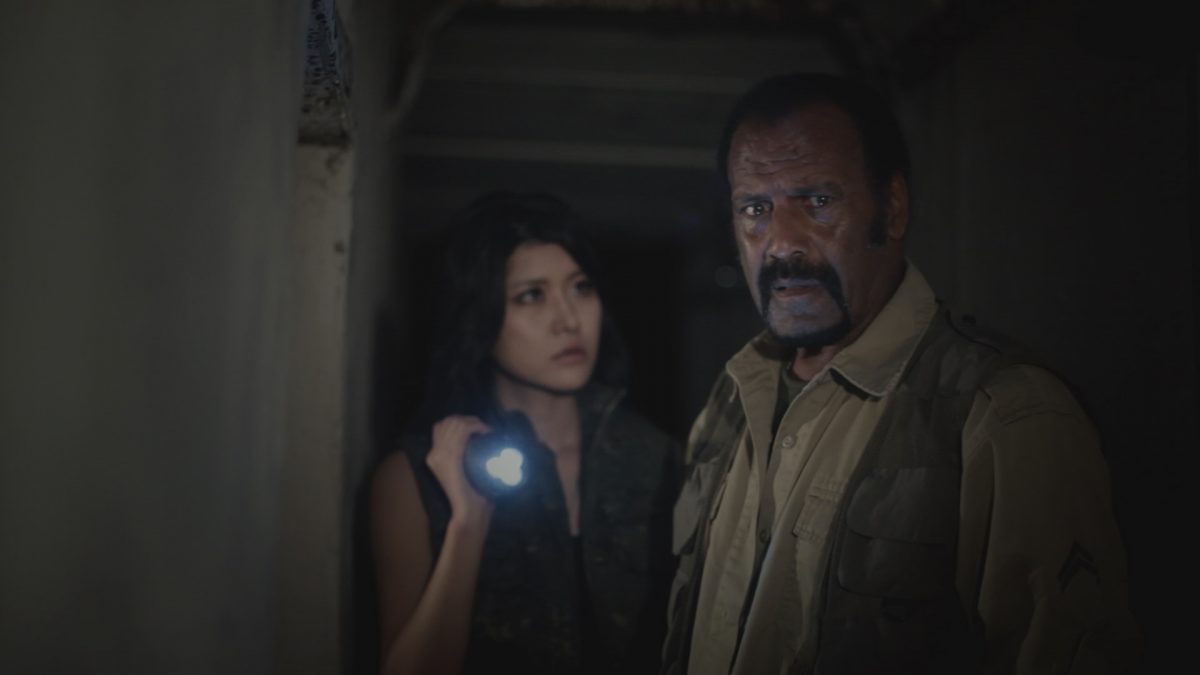 Many 80’s Italian action films would use dubbing to cover up such trouble with language by an international cast, but unfortunately Sentner did not resurrect that practice from the filmmaking style he was paying tribute to. In fact, in this day and age it’s surprising that Sentner did not use a filter in post-production that would add a bit of visual texture to invoke a 70’s grindhouse grit. Instead Atomic Eden looks like a dream sequence in an episode of an early 2000’s European TV series like Spaced, lacking a truly cinematic quality. 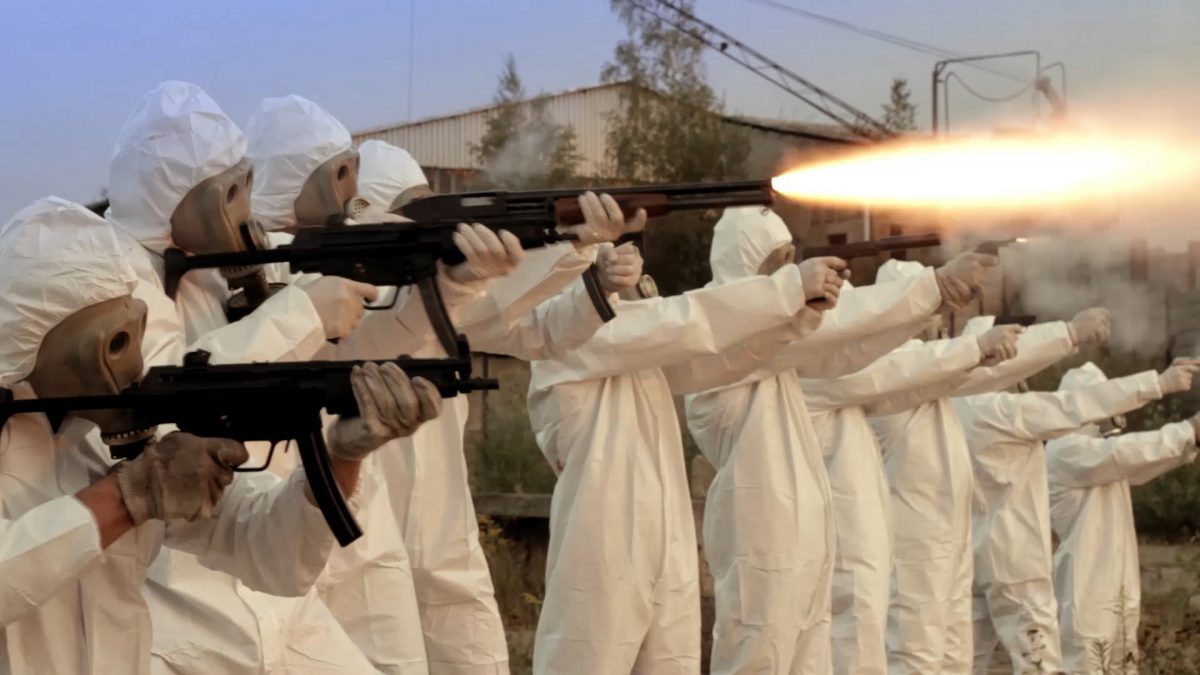 Where Sentner doesn’t skimp however, is on bullet blanks. The smoke and kickback from automatic weapons is plentiful on screen as hordes of soldiers in jumpsuits and gas masks defend the mining area, where Nazi’s supposedly hid a weapon of mass destruction, while firing real guns. There’s even squibs and blood packs to give the action that old school flare. This is refreshing to see in an era where low-budget films of this type often opt for CGI blood and muzzle flash effects that take the viewer out of the reality and into a video game mentality. 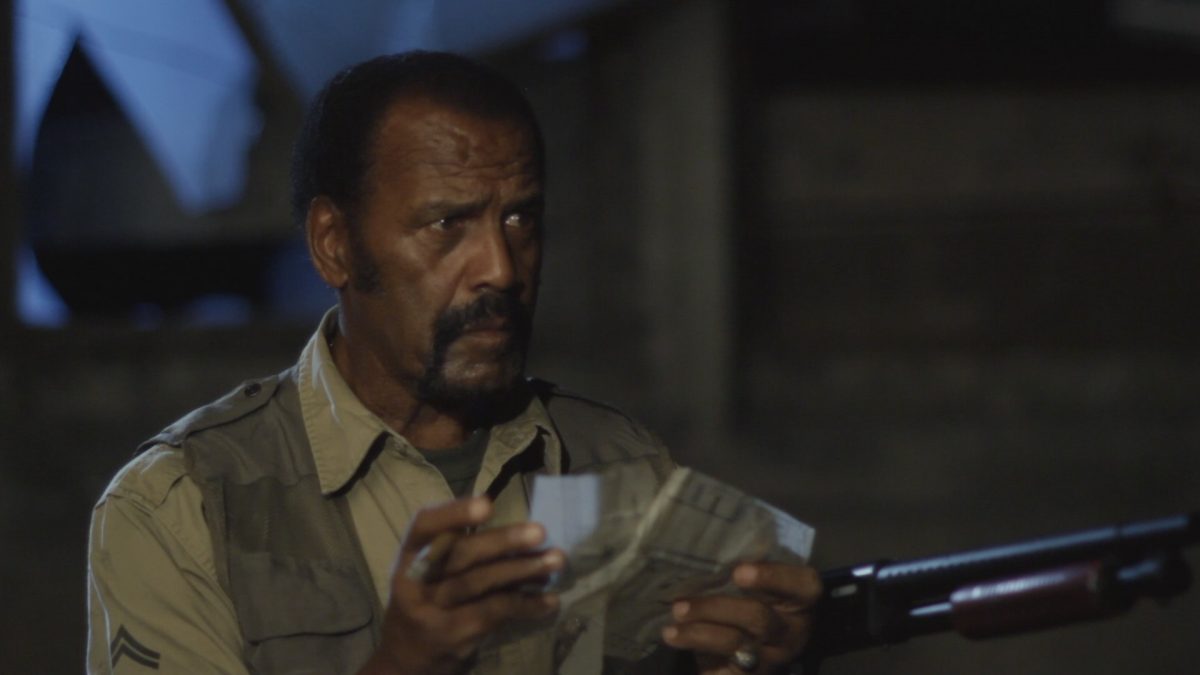 One MacGuffin of the story is the need to assemble 3 parts of a map that will lead the team to the site where this WMD from WWII is hidden, yet in the opening Williamson’s motivation seemed to re-assembling his crew to get revenge on the man who killed a fallen member of their band of brothers during a previous mission. The focus is clearly more on action set pieces than a coherent story or character building, but there are some fun moments along the way. 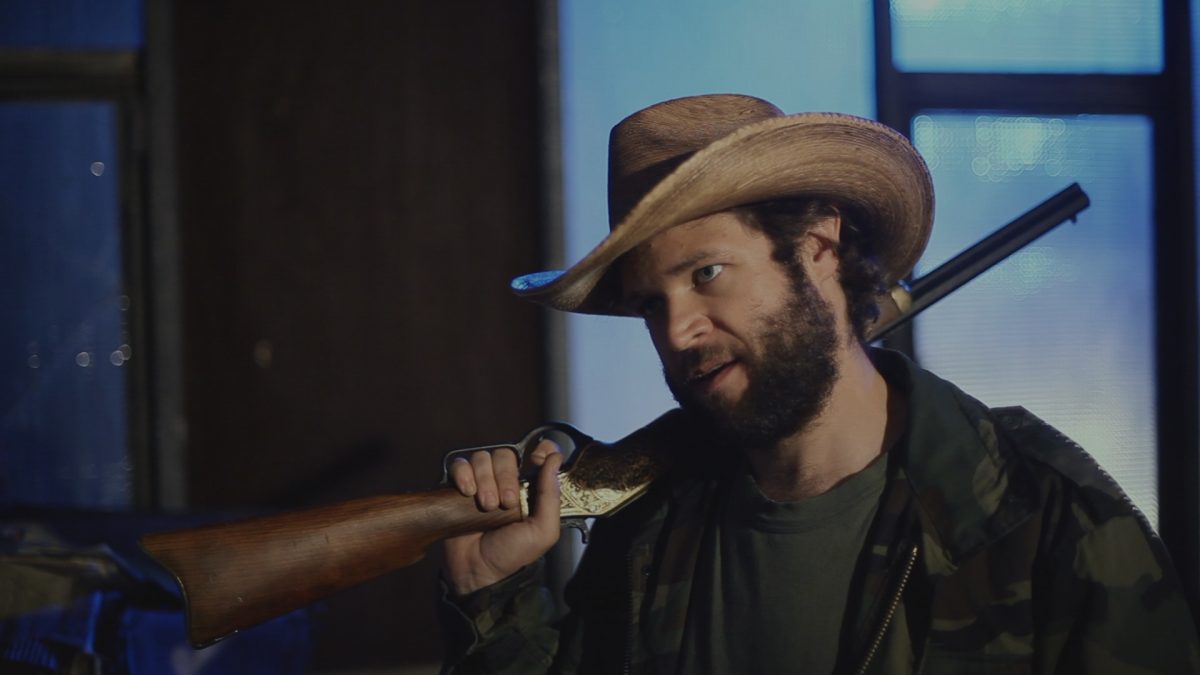 Everett Ray Aponte plays the classic American cowboy type, Darwin who is always ready with a quip and a bit of country wisdom. Though his quick line delivery and enthusiasm seem out of place amongst the rest of the cast members who seem to be phoning it in, he’s got a very cool moment of Gun-Fu choreography with a shotgun that got my attention. More than anything else, it is these moments of inventive violence that keep the audience engaged. 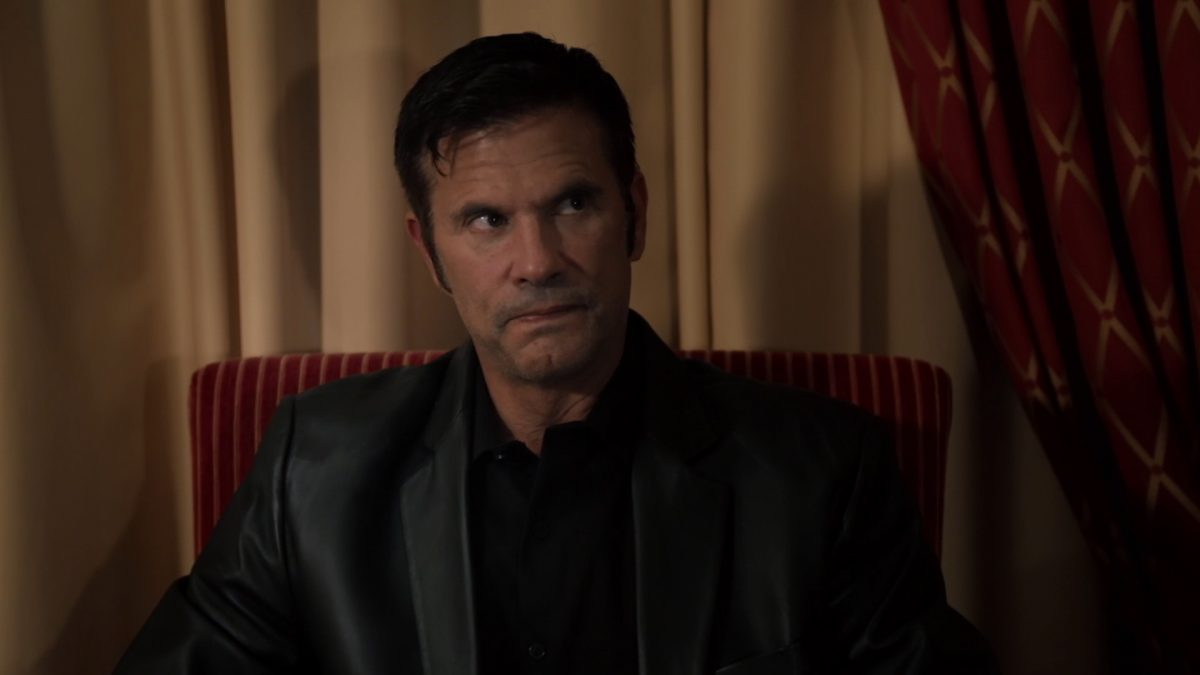 In a cameo meant to set up a sequel we get Lorenzo Lamas, who aside from his role as the syndicated action hero star of Renegade in the 90’s has made his living in direct to video action flicks this. Lamas’ character is credited as Nathan The Snake, which is likely a callback to his Snake Eater action film series from the 80’s. His growling frustration is a change from his usual suave demeanor and adds a little kick to the climax of the film. 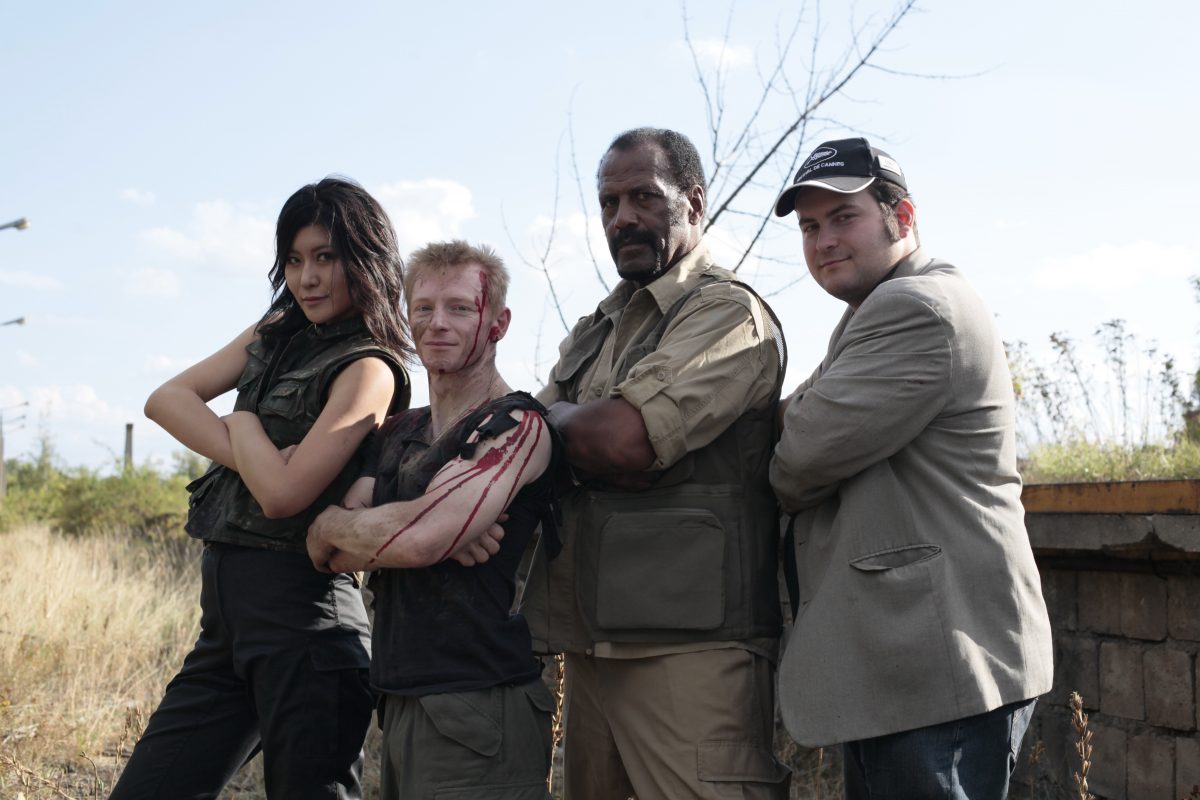 All in all Atomic Eden is a fun idea that earns a B+ for execution. It pays homage to familiar tropes of international action cinema of decades past without adding anything new to the equation. Had it gone over the top with some story element or included and more extreme and memorable performance from a member of the cast it could have entered the territory of “better than I thought it would be”, but instead is just good enough. Atomic Eden is a movie that grabs your attention a few times with impressive stunts and throwback artillery, but it may not stand out in your memory after watching. 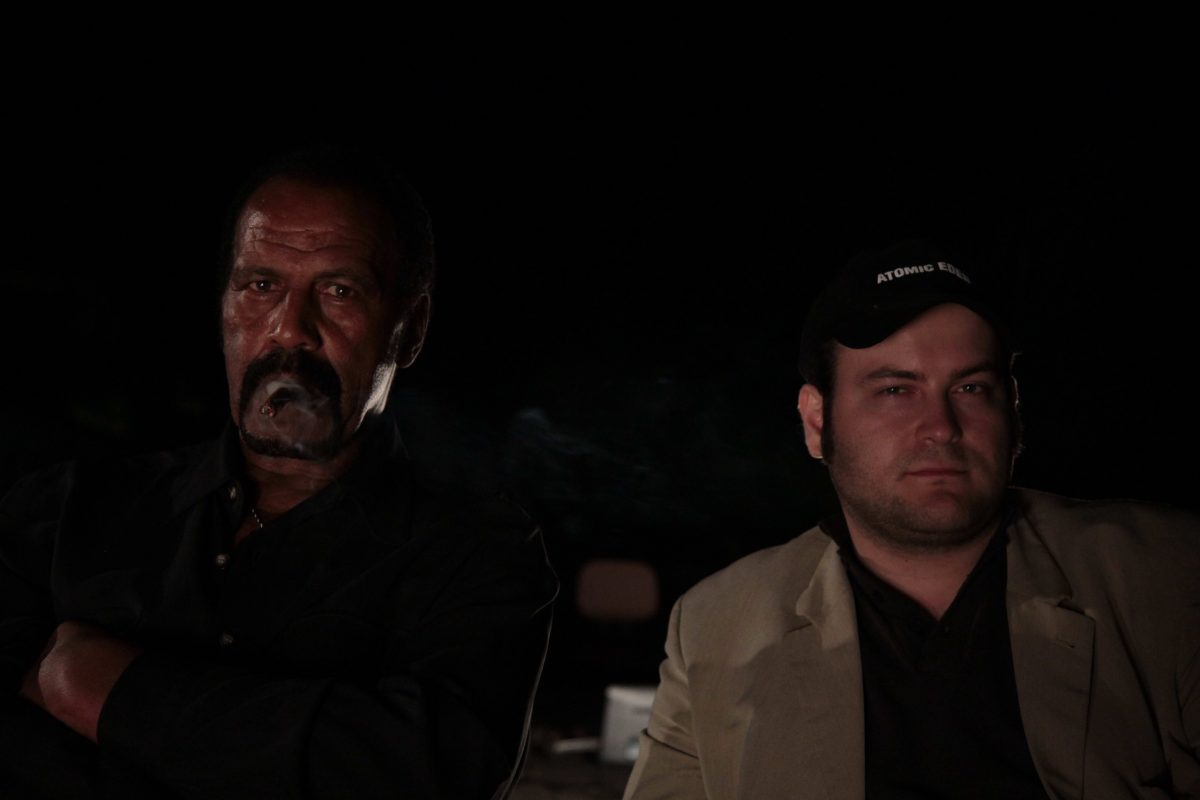 That being said it was obviously a labor of love and nostalgic entertainment like this can be in the eye of the beholder. Perhaps you will find a hidden gem in Atomic Eden, which is available now in VOD to stream on Amazon Prime Video, Vudu and Google Play among other platforms.

For animal lovers, Euthanizer will either be a disturbing dramatization of man’s

Steve Mitchell, King Cohen Director, is a renaissance man with work in