When asked what it’s like to die halfway through the film’s run time, the titular Joan responds, “it’s not peaceful, it’s painful”, and this sentiment couldn’t be more apt for the experience of watching Killing Joan. This supernatural, mob revenge film from writer/director Todd Bartoo is available this April and sure to hit you like a punch to the gut. 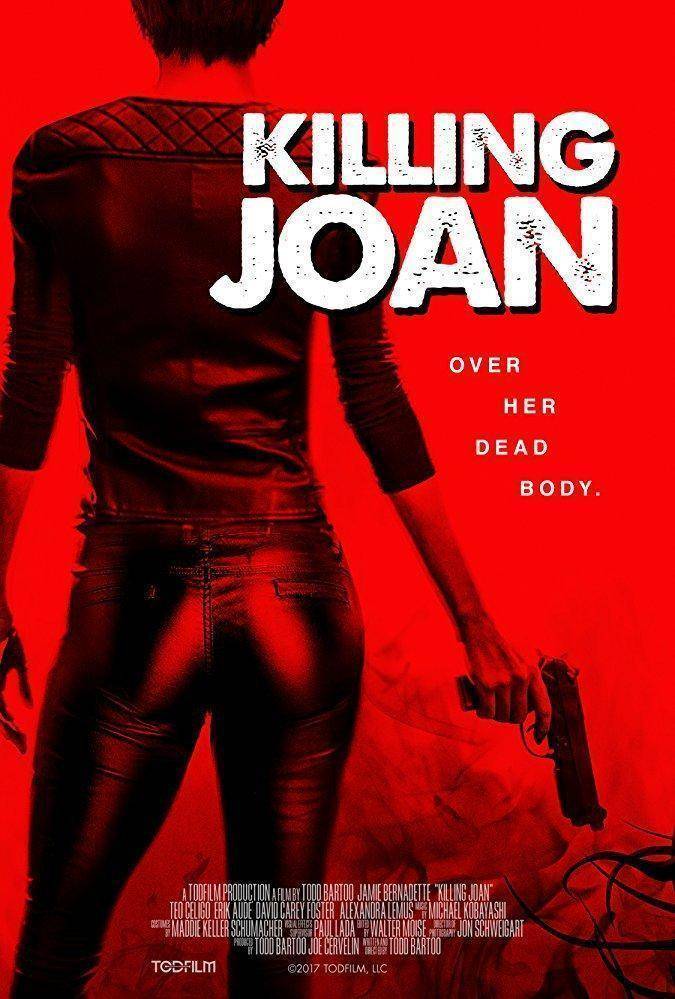 If the success of Black Panther is any indication, comic book movies are here to stay and while Killing Joan is not an adaptation of any known graphic novel, it definitely has a super hero edge to it. It’s got an origin story, mysterious powers and your standard organized crime boss to bring down in order to protect the innocent. But does Killing Joan break new ground or just a few clavicles? Let’s find out. 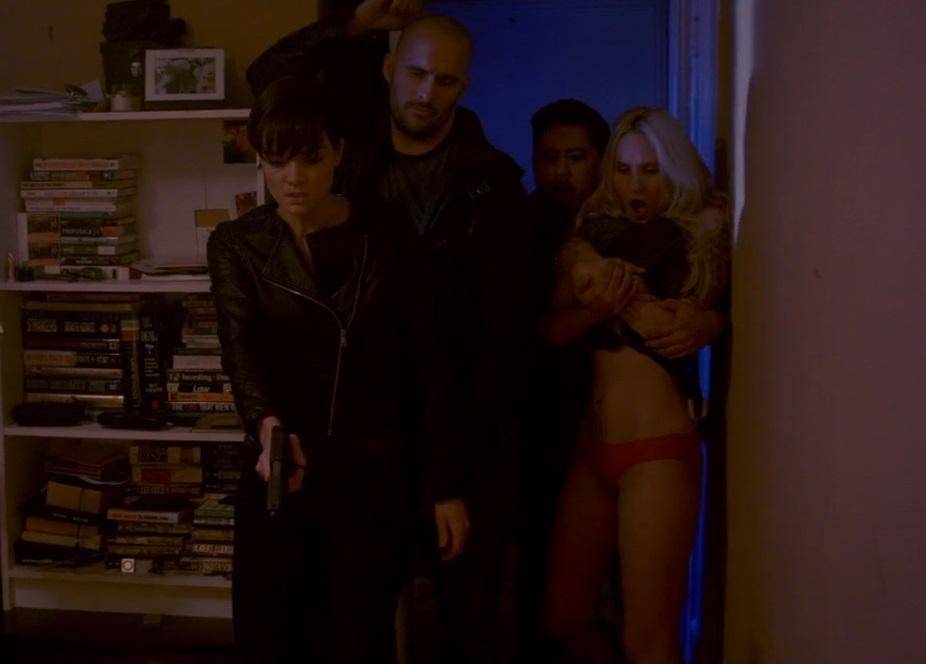 Here’s the plot: When tough as nails female mob enforcer, Joan is murdered by a jealous member of her gang that wants her spot in the boss’ pocket, she’s resurrected with mystic abilities that allow her to use the power of shadows to enact revenge on those those who wronged her.

When we’re introduced to our protagonist played by Jamie Bernadette, she’s a woman trying to get respect in a man’s world of crime, but struggling to keep it together. Masking her frustration with sex and alcohol, we get the sense that Joan is adrift in a ruthless world of killing and intimidation in which she excels, but at the cost of her own soul. 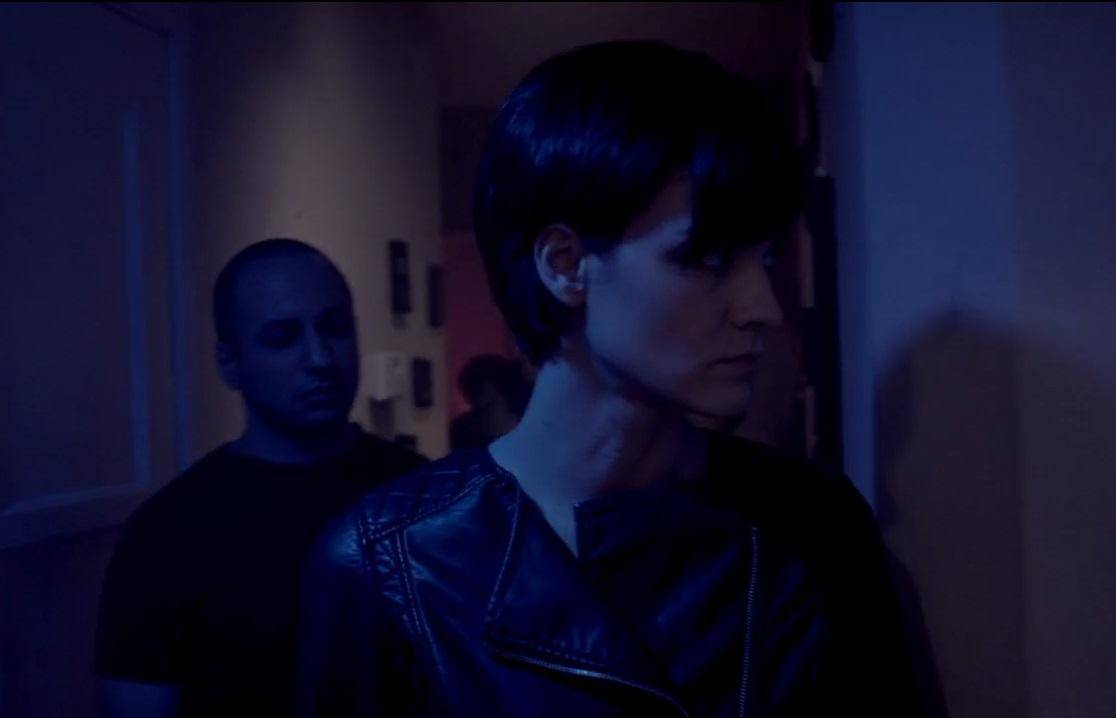 Bernadette has a cool look in a leather jacket and a hairstyle that evokes Trinity from The Matrix, yet allows some vulnerability to come through as well. This all changes however when she is cornered in an alley by three thugs in her crew and beaten to death with a crowbar after failing to inflict a message in black and blue on her social worker ex-boyfriend played by Teo Celigo, who is rehabilitating the drug-addicted customers of Joan’s boss. 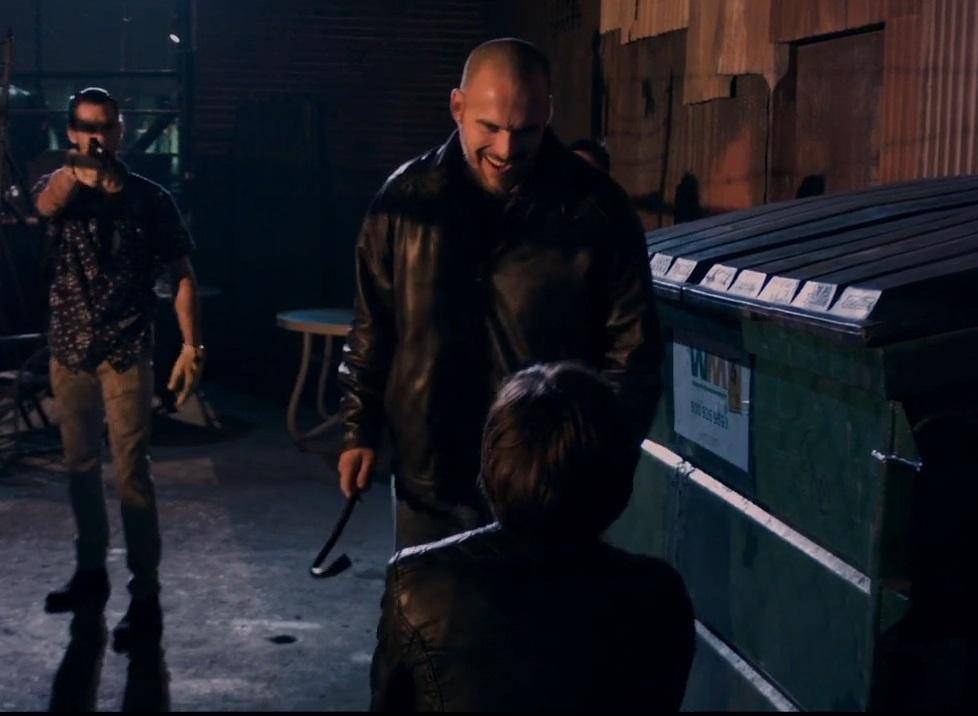 It should be mentioned here that Killing Joan is a violent, though bloodless film. This is most likely due to budget constraints and director, Bartoo deciding to spend money on the CGI special effects instead of practical gore, but for the supposed grittiness of the world Joan inhabits, this seems like a misstep. People are shot, stabbed and bludgeoned, but nary a drop of blood is ever spilled. 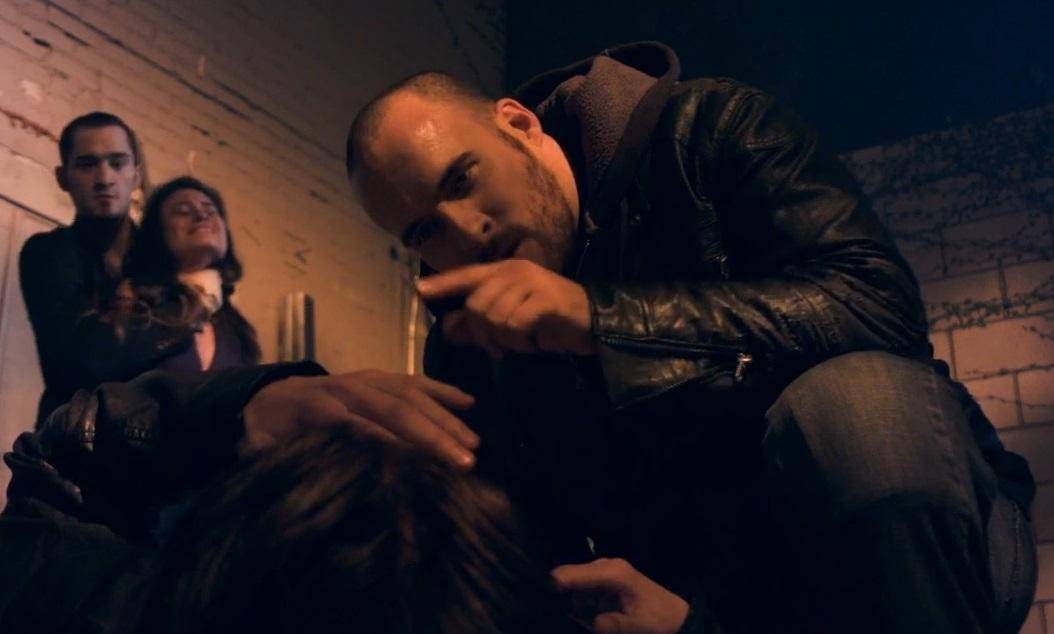 In fact, most of the violence comes off as cartoonish due to the lackluster fight choreography and goofy performances of the gang members as portrayed by Erik Aude and Dion Basco. The taunts and attacks of these three stooges play more like a bunch of drunken frat boys getting into a bar fight than a pack of menacing criminal psychopaths. Although there is one redeeming performance that is intentionally comedic. 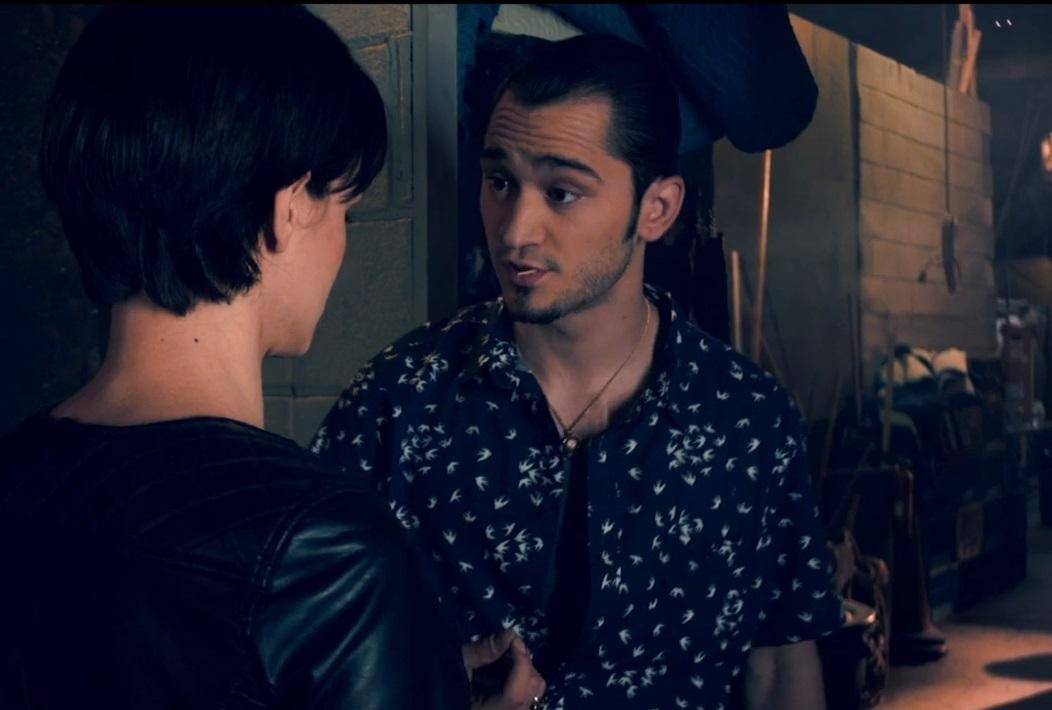 Pavle Kujundzic as the boss’ wannabe guido nephew George is a real highlight of the film. Reminiscent of a young Elia Koteas, this quirky actor has a unique charisma that is refreshingly charming as he tries to assert his weasly dominance in the gang. Just imagine Screech from Saved By The Bell slicked back his hair and started doing his best Robert DeNiro impersonation with a glock in hand. It’s a real shame George leaves the film when he does at the hands of Joan’s new shadow tendrils. Speaking of which… 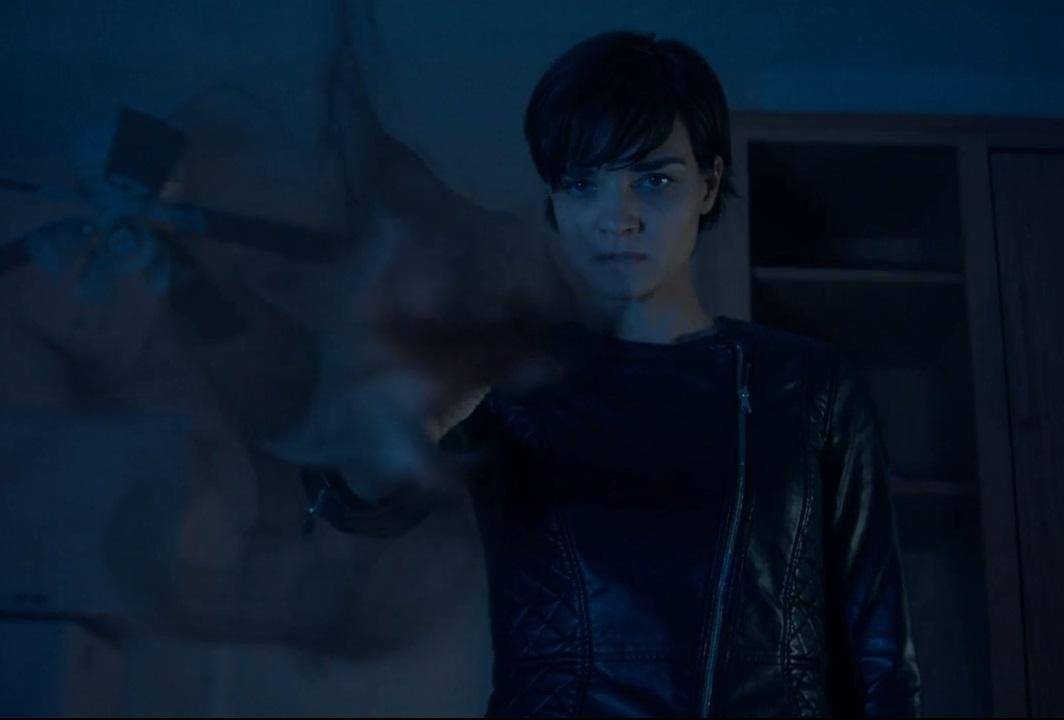 Following her resurrection, Joan begins traveling through portals of darkness and emitting blasts of smoky shadow force at her foes. Though she claims to be avenging her own death, Joan’s actions more accurately have her protecting the streets surrounding the local halfway house from low-level crime. Most of these attacks are against women, as Aude and Basco laugh their way through groping taunts, seemingly just waiting for Joan to show up and intervene. 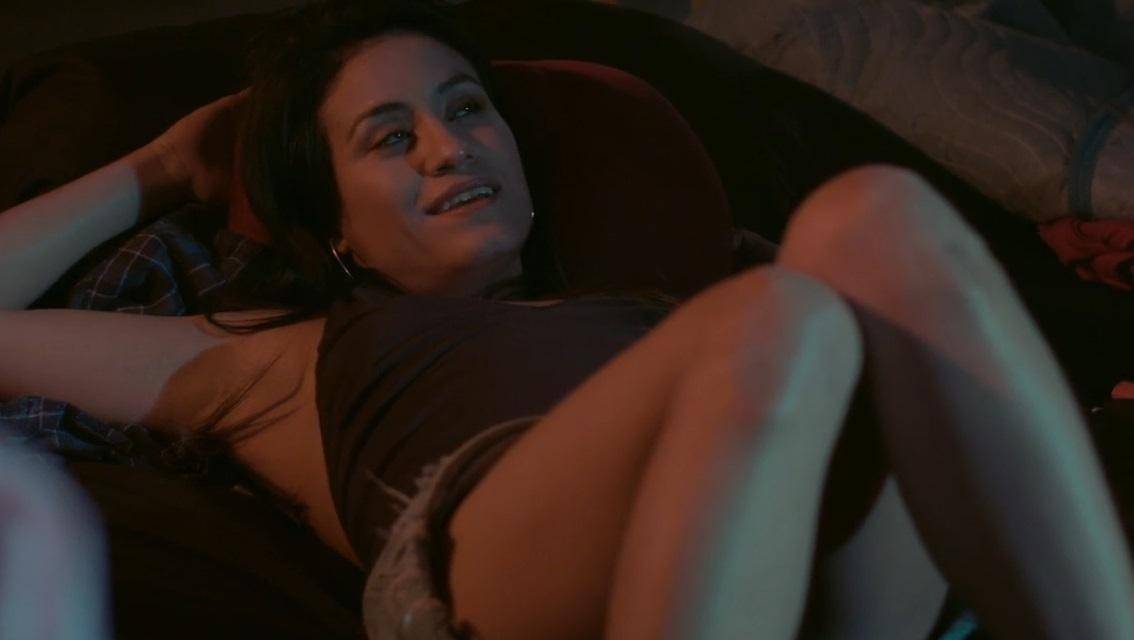 After saving a teenage prostitute named Rose played by Alexandra Lemus, the two hideout in an abandoned warehouse and we are asked to endure an incredibly lengthy monologue about how Rose got caught up the life of street walker, that appears to be straight from the first draft of a 90’s Lifetime movie. It has to be said that the dialogue in this movie is atrocious. 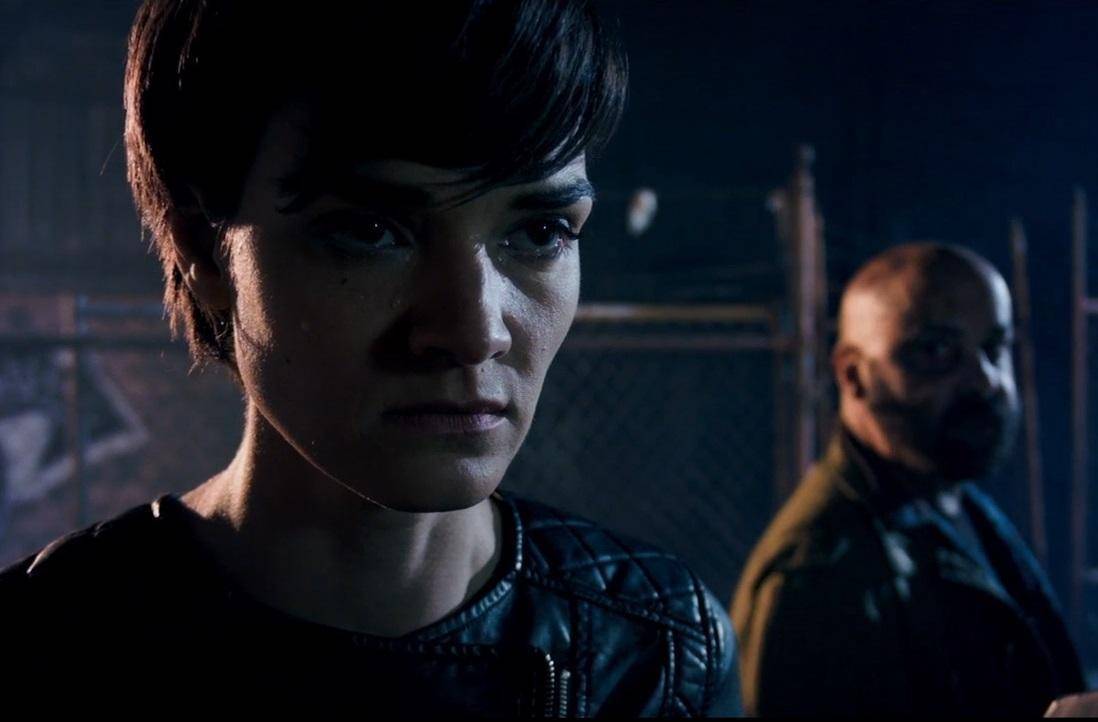 It’s surprising that Killing Joan is not based on an existing comic book property because the phrasing seems copied and pasted directly from melodramatic word balloons. When Joan turns scowling to the camera to utter the words, “You’re going to see what a woman’s wrath looks like”, it’s groan inducing. It’s gets worse in the climax when Joan is told by her homeless spirit guide, “Blood will fill the streets tonight”, to which she responds, “Yes, but I will do the blood letting” (Ugh!). If Bartoo were a better director the cinematic style might overcome the weakness of the script, but the film fails there too. 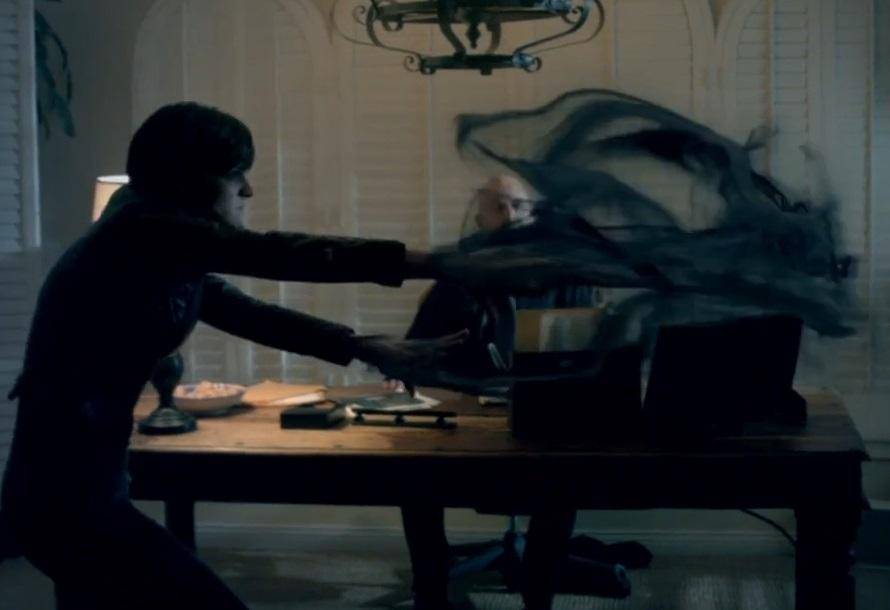 The director uses a handheld camera that could in theory instill the action with a kinetic energy, but most of the time comes off as amatuer, guerrilla filmmaking. As stated earlier the fight scenes are quick and poorly staged, while pointless, but well lit sex scenes are lingered on. The CGI work on the Joan’s shadow attacks is decent, but sadly those few moments aren’t enough to elevate the film in any way. 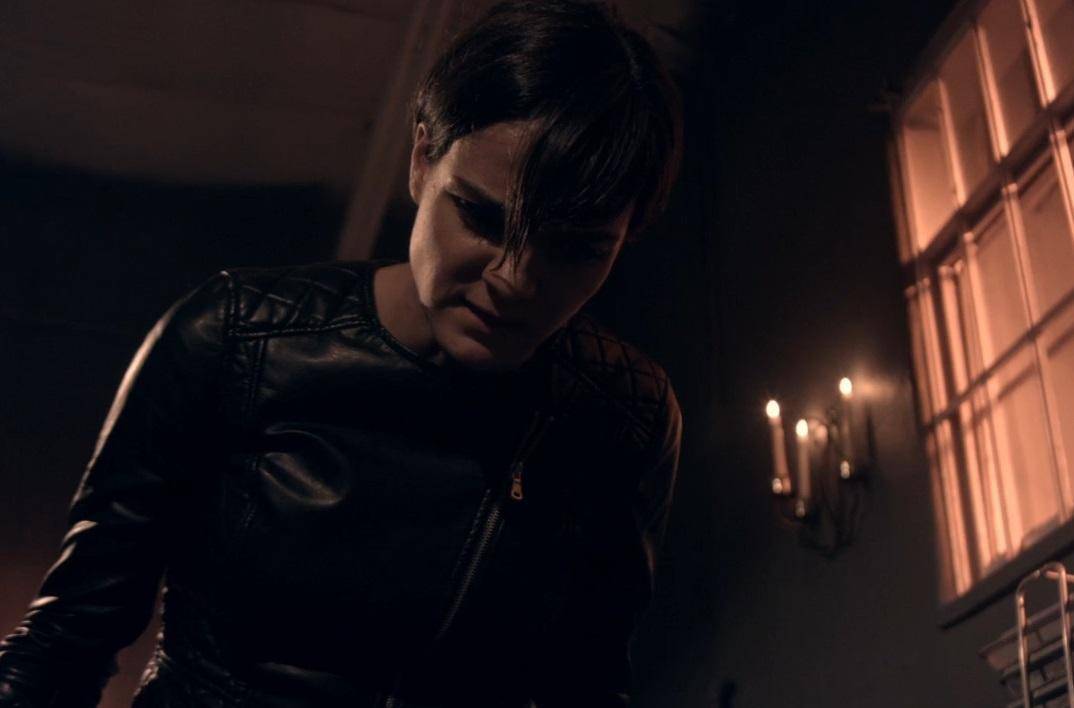 Bartoo relies on a lot of filler scenes where supporting characters ramble on about their personal lives, which ultimately have no bearing on the plot and when we do get back to our main character, she’s either brooding or berating somebody for not understanding what she’s going through. Joan’s less Super-Hero and more Super-Emo, especially as Bernadette’s acting performance gets more and more over the top as the story progresses. 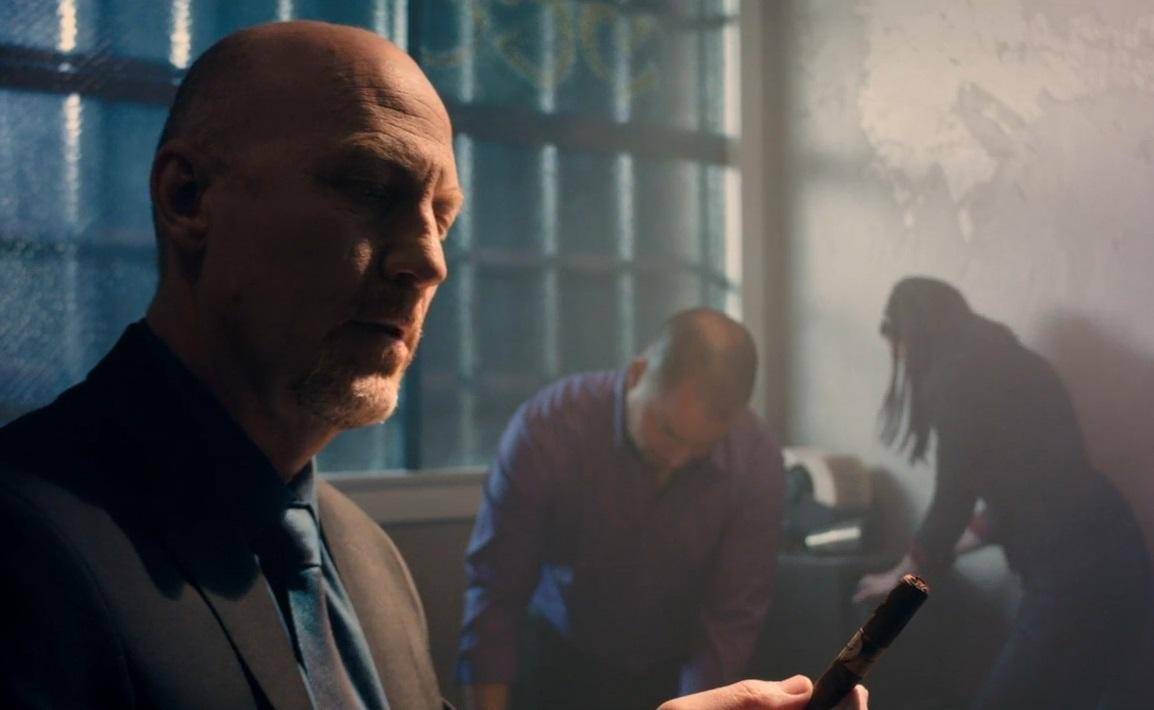 By the end Joan has taken out her actual killers and is wholly focused on destroying Frank, the head of the gang, who recently killed her goody two shoes love interest at the homeless shelter. As played by David Carey Foster, Frank is a fine villain who seemingly has it all figured out and acts as a demented father figure to Joan. His connection to her dark power is an interesting reveal, which leads the film to it’s special effects laden climax. 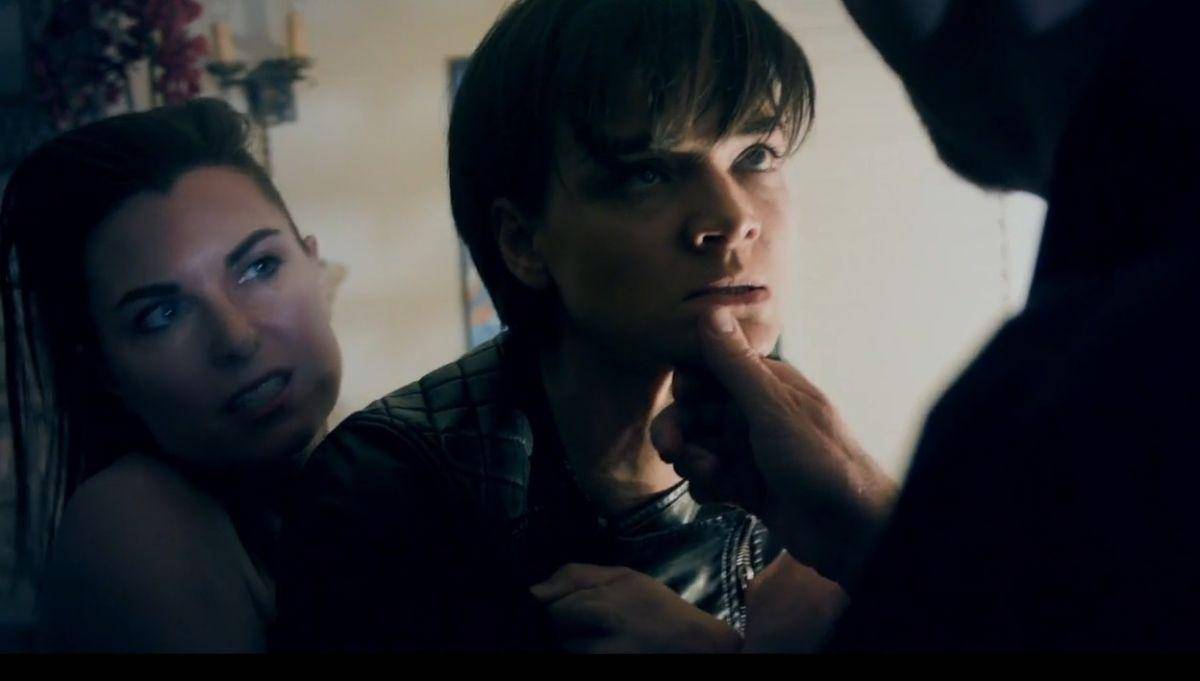 Killing Joan is less a movie and more a proof of concept for a graphic novel that could be pretty cool. The story would work better on the page where dynamic illustrations and the reader’s own imagination could fill in the gaps created by the uneven acting and dialogue presented by Bartoo in this outing.

You can find Killing Joan this April on VOD from Uncork’d Entertainment.

Actress Jamie Bernadette has starred in many films, but she’s never gotten

420 Massacre sounds like Cheech and Chong’s stab at a horror movie,