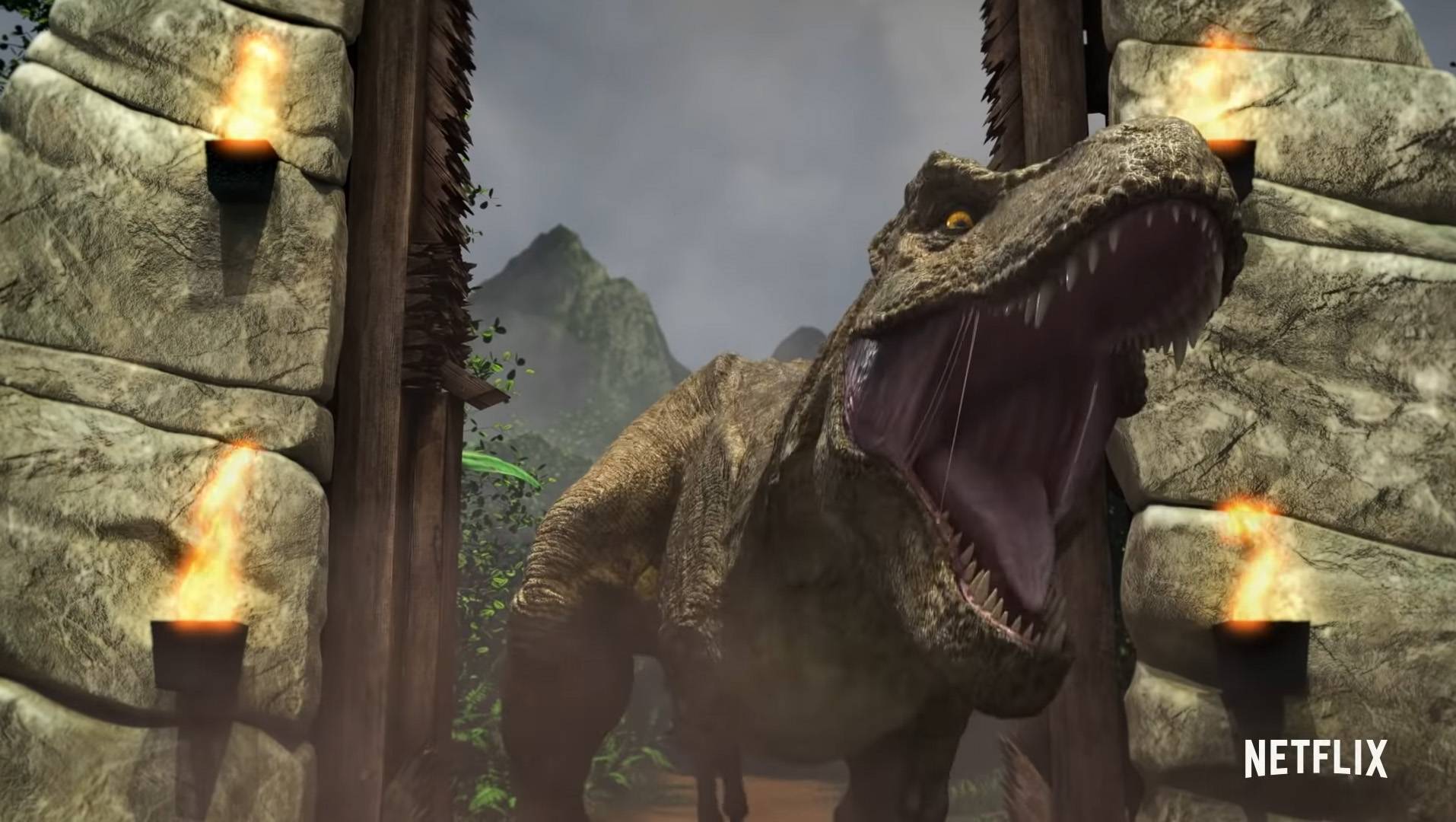 Take it from someone who was there: Jurassic Park was by far the biggest movie of 1993. The toys and merch were everywhere. Every kid in the world wanted to go see it, and THAT was a bit controversial back then. The film was regarded as too frightening for children; unlike previous movies where man and dinosaur met, this one did not hold back on what a disadvantage man would actually have.

The thing about horror is that you cannot scare people the same exact way twice. Defenseless humans at the mercy of large, toothy reptiles was nightmarish when no one had seen it so vividly before. Numerous sequels later, we’ve been desensitized to the point where we can outright make a show targeted DIRECTLY at kids, about dinosaurs trying to eat kids, and get away with it.

That show is Jurassic World: Camp Cretaceous, a CG animated series premiering on Netflix in September. The setup is what we’ve come to expect: a group of rambunctious teenagers have signed up for a summer camp program at Jurassic World, only for the park to shut down and things to go wrong. For the record, the series is set during the events of the first Jurassic World movie, so it’s not like they built this park back up to make the mistake a THIRD time. (It’s actually the second.)

Zack Snyder’s Justice League Will Exist In His Own Continuity