Jotun: Valhalla Edition is a rather strange game in terms of its gameplay, story, and presentation. You play as a recently deceased Viking woman who is seeking to prove herself worthy of entry into Valhalla to Odin. To do this, the player must defeat various Gods in combat to earn their appreciation and impress them sufficiently so that you are allowed into the Norse equivalent of heaven. What makes it so unusual, though, is that this action-adventure game uses hand drawn images for its art style and features a distinct lack of enemies other than the aforementioned boss encounters.

The first thing you will notice when loading up Jotun are the truly spectacular visuals. It is also clear from the outset that this is a game that the developer has poured a lot of love into and gone to great lengths to create. Everything has been hand drawn so that the entire world looks much like a high quality animation from the likes of Disney – the finished product can only be described as gorgeous. The attention to detail for the environment is spectacular, while the animations are superbly crafted so that they are some of the best you will see in any game. 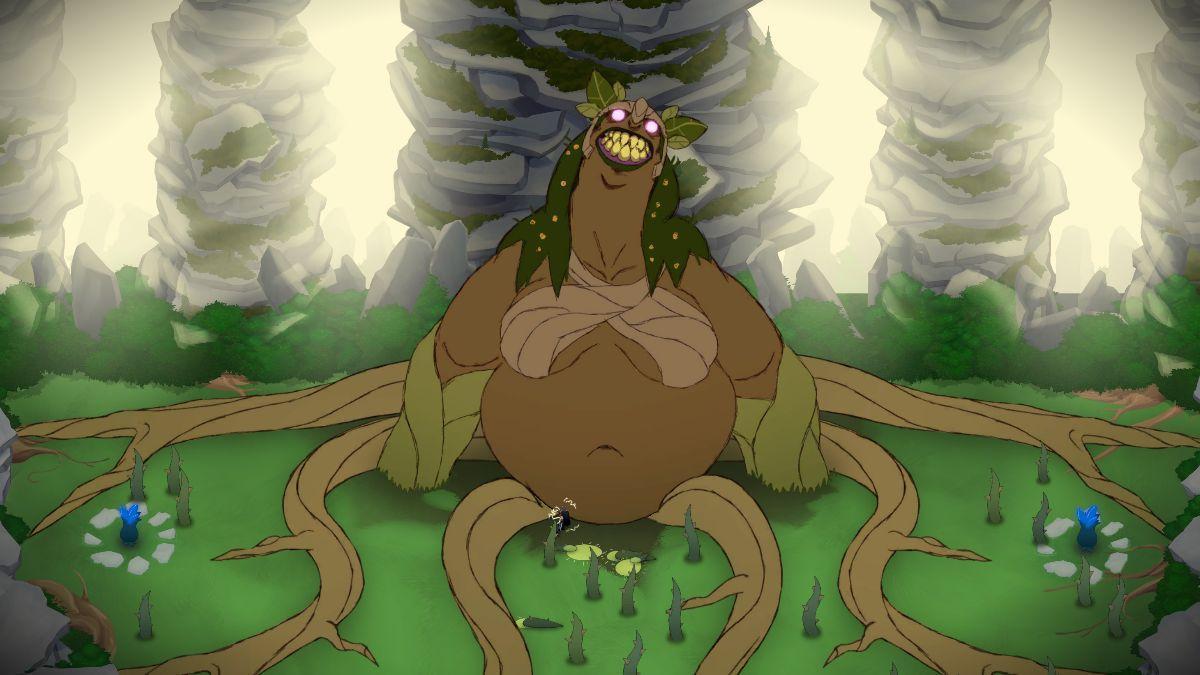 Equally as impressive as the visuals is the sound design. Despite the fact that the two narrators speak entirely in Icelandic throughout the entire game, the voiceover work is still excellent. It breathes life into the entire experience and gives it an authentic feel that I don’t feel would have been possible if translated and done with English-speaking actors. This gives the world of Jotun an exotic and cultural feel that is difficult to achieve. Meanwhile, the soundtrack is another source of great delight, with each piece of music serving to highlight the particular area and keep you immersed in the world. There’s something incredibly satisfying about the musical score that just seems to chime with Jotun effortlessly.

Even with outstanding graphics and audio, a game still needs to have gameplay to make it worthwhile. Jotun mixes a simplistic combat system with some puzzle mechanics to make up the vast majority of the experience. Essentially, the player has to move through five distinct areas, avoid the obstacles and hazards that litter the way and then take on a God in the form of highly challenging boss fights. There’s also an exploration element that rewards the player for going off the beaten path. A variety of upgrades and special powers are available to find scattered throughout the different parts, though none are necessary to complete the game. 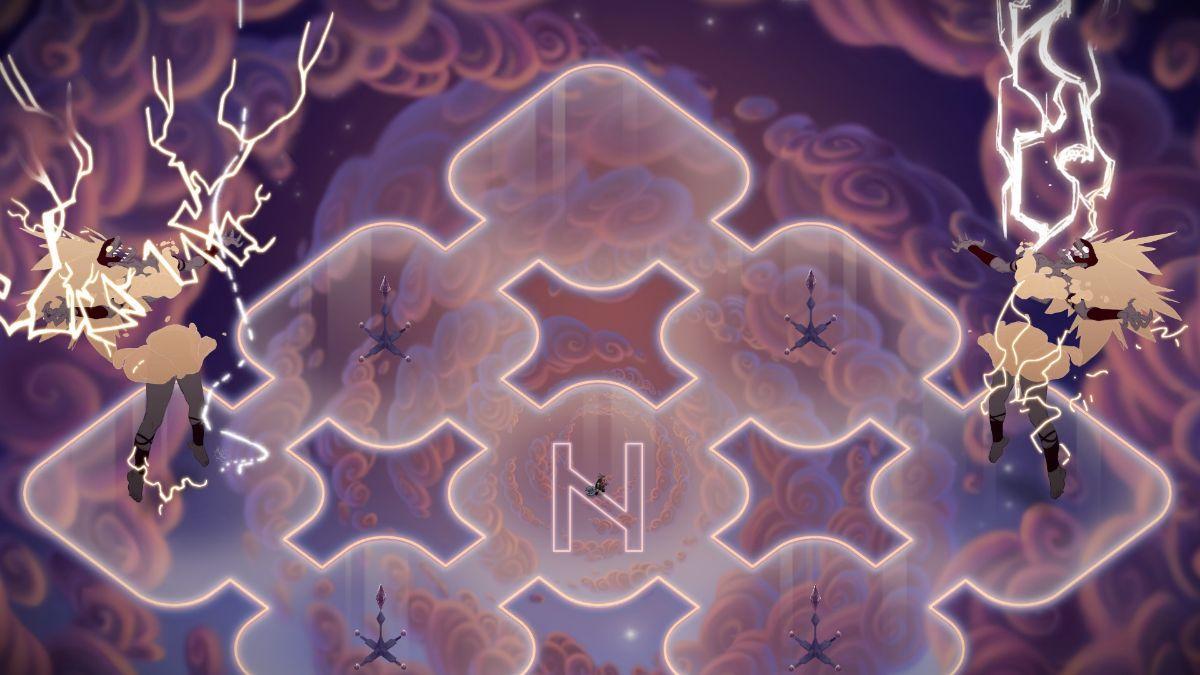 Like many recent action-adventure and role-playing games, Jotun focuses on a central hub that is connected to the different levels that you have to go through. You can tackle the areas in any order you wish and there is no reason not to fight the bosses as you see fit. Much like Dark Souls, this title is all about its difficult boss fights and each of the Gods has their own attack patterns and abilities that will test you in various ways. More than like, you’ll have to use some trial and error to overcome them and might die a few times before you are sufficiently comfortable enough to try some of the harder achievements associated with them that involve beating them without using special powers.

Jotun excels thanks to its slow pacing and the fact it encourages you to take your time by exploring the entire world. Getting to the end boss of each area acts as a reward by providing plenty of action, while the journey to them is a dangerous adventure. However, this rather leisurely pace and lack of standard enemies may be off-putting to some players who are used to being involved in more intense games. 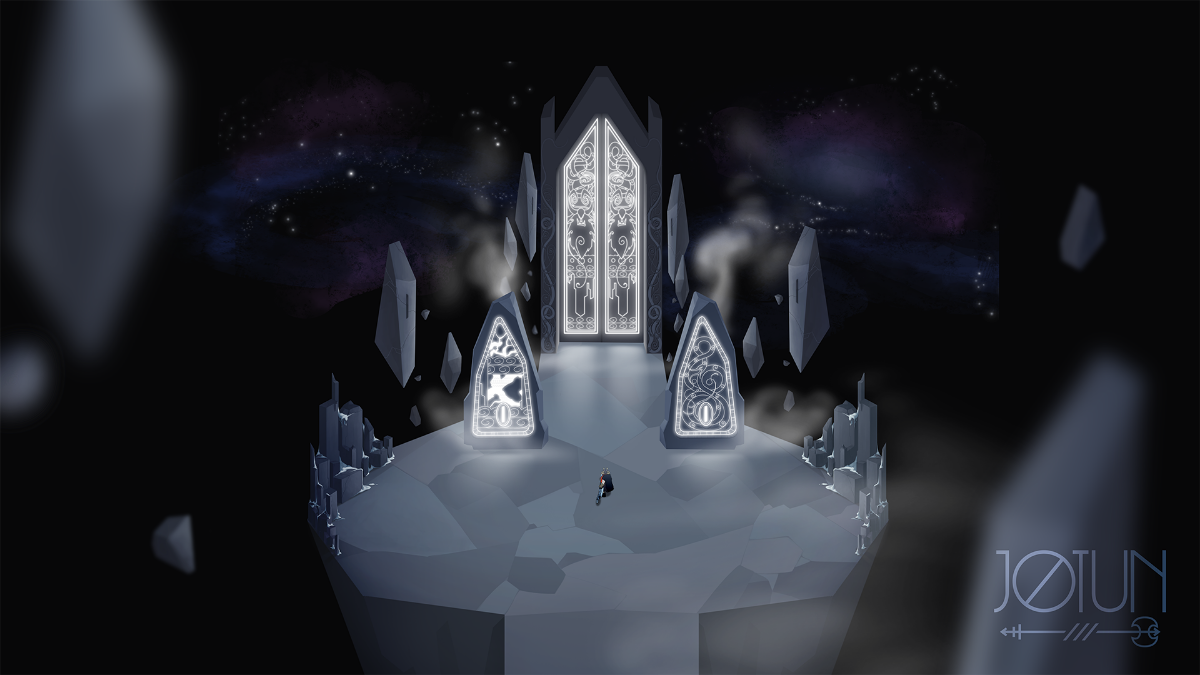 Considering everything, Jotun is definitely a very good game. It combines a brilliant presentation along with a rather distinct gameplay model that makes enjoying the world the developers have created very easy. The only real complaint that can be held against the game is its rather short length, but considering this is an indie title with a very low price, even that isn’t too much of a problem.

This review is based on a digital copy of the game for Xbox One that was provided by the publisher for review purposes. Jotun: Valhalla Edition is currently available worldwide on PlayStation 4 and Xbox One, while other versions are available on platforms such as PC and Nintendo Wii U.