Last month Limited Run Games pulled its biggest surprise release ever when they revealed they were bringing the Jak and Daxter trilogy to physical form — on PS4, that is. Jak 1 came out December 7, and Jaks 2 and 3 were promised later.

Unfortunately this announcement was made the very day the first Jak and Daxter was made available, and with only 5,000 copies in total. Many people did not find out this product existed until the 6 AM sale had happened and half the copies were gone. Many more were not clued in until they all vanished.

Limited Run has learned from the complaints and has vowed to do better. For one thing, you’re hearing about Jak II BEFORE the game is out. Limited Run revealed the upcoming release a week before it’s due out, tweeting out a simple “II” in the Jak font as a tease followed by the release date.

And there will be MORE copies! Perhaps not as many as people would prefer, but much more than last time. 7,500 standard editions of Jak II will be offered, along with 3,500 Collector’s Editions. That’s 11,000 copies of Jak II altogether, more than twice what was offered before. 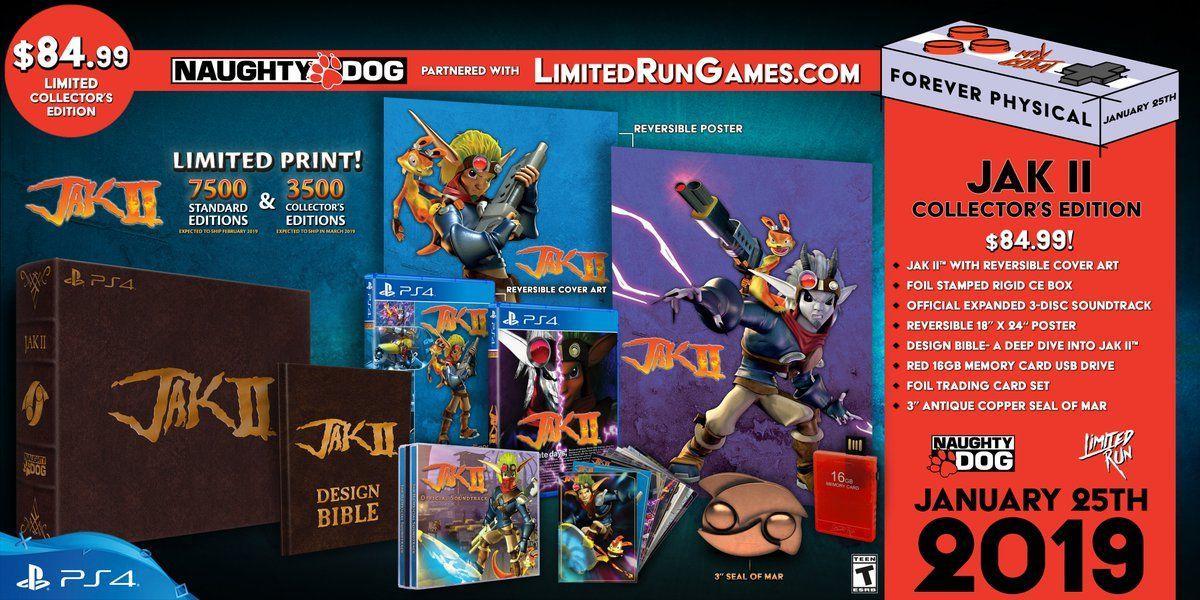 And the Collector’s Edition is pretty nice. It has a full three-disc soundtrack, a reproduction of the original design bible, a reversible poster, a foil trading card set of the game’s characters, a 3-inch copper recreation of the Seal of Mar, and a USB flash drive shaped like a PS2 memory card, all packed inside a fancy box foil-stamped with the Jak II logo.

Half of the copies of Jak II will go on sale 7 AM PT / 10 AM ET, and the back half will be offered 3 PM PT / 6 PM ET. Now if only they could go back and reprint a little more of Jak 1….but Limited Run does not do reprints. Unless Best Buy asks them to.