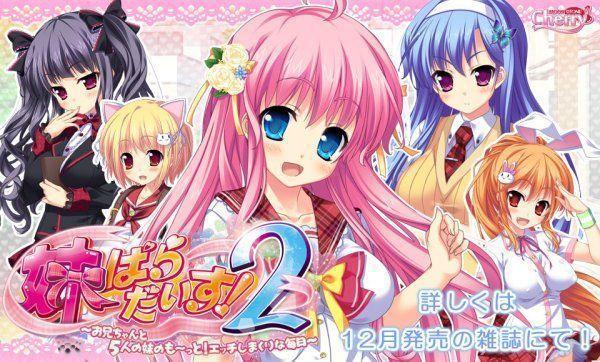 Apparently fictional incest is among the things Amazon would prefer not to be associated with.

Amazon removed the manga,  Imōto Paradise! 2 (Younger Sister Paradise 2), from the Kindle store this Wednesday after the Tokyo Metropolitan Government  designated the manga as an “unhealthy publication” under the 2011 revised ordinance regulating the sale of publications depicting adult content  regarded as unhealthy to the development of the Tokyo’s youth under the age of 18.

Imōto Paradise! 2 is the first publication to be restricted by the Tokyo government’s after the Youth Healthy Development Ordinance was passed in 2011 and full restrictions on the manga’s sale in Tokyo book stores will go in effect on Friday. According to the Tokyo Metropolitan Government, the manga was restricted in accordance to the Tokyo ordinance For The Healthy Development of Youths due to its depiction of sex between close relatives.

Honestly, I suspect that Imōto Paradise! 2 would be on the list of manga’s that would never possibly reach the shelf of your average bookstore in America, however the manga was apparently fairly popular for the Kindle as prior to the manga’s removal the comic had ranked first on Amazon’s Kindle comic book bestseller list.

Imōto Paradise! 2, drawn by Sekizai Mikage, is an adaptation of Moon Stone Cherry’s 2013 adult game of the same name.

Suffice to say that game was not exported to western shores.

The manga was published by Kadokawa Corp. in April, and interestingly, was not in fact classified as an adult-only series despite some rather graphic content in both the publication itself and the franchise as a whole.

Graphic content involving close siblings it should be noted.

Kadokawa Corp. has yet to comment or make any changes on the matter since the company will not receive an official notice about the decision until Friday.

The original Imōto Paradise! was released in December of 2010 in the same year Tokyo’s ordinances were first revised, however it is highly unlikely that a official release will reach western shores.