It’s been 18 years since I was first introduced to the concept of DVDs. The family of my girlfriend at the time had a DVD player, and I was so fascinated by the technology in 1999 that I knew I wanted one for myself. I was even buying DVDs before I got a DVD player as a Christmas present the following year. I came to fall in love with the format and how all sorts of titles were coming out with wonderful extras. Even something as simple as a theatrical trailer could excite me. Eventually, DVD gave way to Blu-Ray, and while I’ve yet to make the upgrade to Blu-Ray (mainly because I can’t find an All Region player for my PC, which is how I view movies), there’s one studio that’s still willing to help those who haven’t been able to make the leap to Blu-Ray. That studio is Kino Lorber Studio Classics.

I first heard of them several years ago when they announced a deal with MGM on a film-related forum I posted to regularly. I’d heard of Kino Lorber before the Studio Classics line-up made its’ debut, but when they made that deal, it took off into a world that reminded me of my DVD collecting in the 00s. Although Shout! Factory and its’ Scream Factory and Shout! Select sub-labels are doing amazing work, they’re pretty much Blu-Ray-exclusive, with only the occasional DVD title making an appearance. Kino Lorber is different, though. Although they have their Blu-Ray exclusives, the bulk of their titles are released on both Blu-Ray and DVD so everybody can join in the fun.

Another thing that makes Kino Lorber Studio Classics my favorite DVD label is that they give their titles extras, often including material that was not in previous DVD and Blu-Ray issues. A year-and-a-half or so ago, I wrote an article called DVD And Blu-Ray Extras: Where Did They Go?. Two of the studios I mentioned as neglecting extras for their home entertainment releases were Disney and Mill Creek Entertainment, the former of which had licensed many titles to the latter. When writing that article, I had no idea that Disney would  jump over to Kino Lorber Studio Classics to reissue many of the Touchstone and Hollywood titles that were previously issued by Mill Creek. Not only that, they’ve given them actual decent treatments. For example, Bette Midler was one of Touchstone Pictures’ biggest stars in the 80s, but her output was treated poorly by Disney when released on DVD and licensed to Mill Creek for Blu-Ray distribution. She hasn’t by Kino Lorber Studio Classics, though. They recently issued a Bette Midler Double Feature of Big Business and Scenes From A Mall. The only extras are trailers, but they’re trailers for the movies themselves, something that neither Disney nor Mill Creek ever bothered with in their initial disc releases. 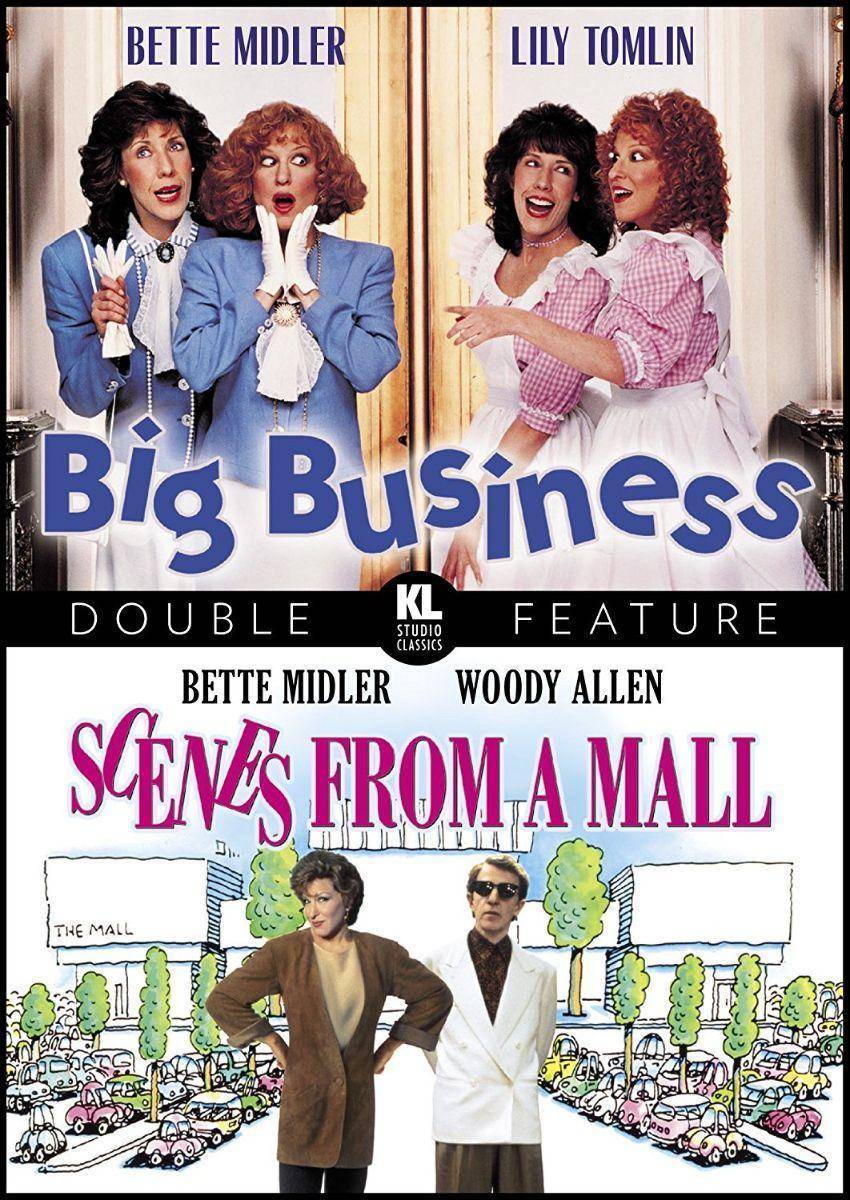 Another Disney-owned title that Kino Lorber Studio Classics has given respect to is SpaceCamp. First issued to DVD during a licensing deal Disney had with Anchor Bay in the late 90s and early 00s, a subsequent reissue of the movie from MGM (during another licensing deal Disney had with them) stripped it of the theatrical trailer and left it bare-bones. Kino Lorber Studio Classics reissued it, bought back the trailer and added interviews with co-star Lea Thompson and director Harry Winer.

You may notice that the titles I’ve mentioned didn’t get the best responses from critics or at the box office, and this brings me to another thing I love about Kino Lorber Studio Classics: To them, all movies are worthy of love, no matter what their reputation may be otherwise. Sometimes movies can be treated by their studios, their makers, or both, as red-headed stepchildren. Disney has certainly come to feel that way about Touchstone and Hollywood Pictures. In regards to the 20th Century Fox purchase, Disney has talked about how they’re okay with making R-rated movies if they’re successful, seemingly forgetting that they successfully released R-rated movies via Touchstone for almost a quarter-of-a-century before deactivating the label. Disney seems to be ashamed of their Touchstone and Hollywood Pictures work, but Kino Lorber Studio Classics has given those titles a chance for redemption and the love their original owner hasn’t given them. In a way, it’s like working with rescue animals. Rescue animals are often treated poorly by their owners, but with love and care, they can end up in good homes where they’ll be treated well. Granted, they did get the RiffTrax crew to work on their release of The Incredible Two-Headed Transplant, but even then, it’s proof that they’re willing to go the extra mile with their titles.

Kino Lorber Studio Classics does more than provide extras for their titles. They reach out to talents who may not normally do extras, whether it’s because they’re busy or having a rough time. As an example of busy talents who have taken the time to work with the label, Sean Penn participated in interviews for a featurette on his directorial debut The Indian Runner. Not only is Penn a very busy man, but he doesn’t normally grant interviews. Kino Lorber Studio Classics was able to get him involved, though, and that’s an achievement for them.

As for an example of talents having a rough time but working with the label, Randy Quaid has been dealing with a lot of legal and mental issues in recent years, but he participated in extras for The Long Riders, an all-star Western directed by Walter Hill and starring several sets of real-life brothers as famous Western personages, including the Carradine brothers, the Keach brothers, the Guest brothers and the Quaid brothers. Perhaps Randy participating in the extras for this release was the catalyst for the fact that he’ll be going on the convention circuit this year to meet the public.

One can wonder about what was Quaid’s catalyst for coming back in the public eye, but one doesn’t have to wonder about what Kino Lorber Studio Classics does. For me, they’re the top label in home entertainment today. They’re doing amazing work in showing love to titles of all sorts, and as someone who has always cared about extras on their DVDs, I love what they do. I wish them many more years of success.

So, with that in mind, what are your thoughts on the Kino Lorber Studio Classics label?