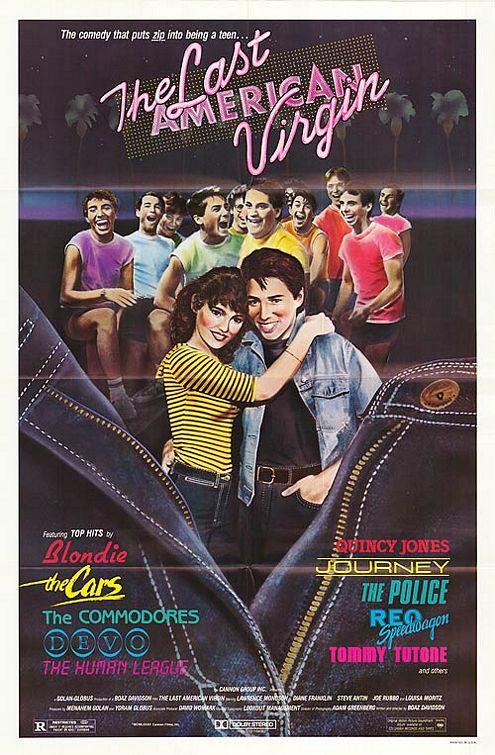 I was first introduced to DVDs by my high school girlfriend. The relationship ended up not working out, mainly because as I was still adjusting to a diagnosis of Aspergers’ Syndrome, I was having difficulty figuring out how relationships are supposed to go. One thing I can thank her for, though, is my love of DVDs, and more importantly, DVD extras. I had read about the extras DVDs contained in several online articles, but I wouldn’t really know until the lead-up to Christmas of 2000, when I got my first DVD player. One of the very first DVDs I can recall watching, if not the first altogether, was 1988’s Earth Girls Are Easy, which had some amazing extras.

Looking at that trailer, you might think “I wonder what went into it”. The DVD version of this answered that question. You had making-of footage, a make-up test for Jeff Goldblum’s character Mac, deleted scenes and sing-alongs to the movie’s songs, in addition to the movie’s theatrical trailer. That movie spoiled me, and I ended up building quite the DVD collection. This was much to my Moms’ chagrin, as she saw me buying all these movies, but she never saw me watching them. I got around to them all in due time, but that due time ended up being when Blu-Ray hit the market.

Maybe it’s because I had already invested in quite the DVD collection, or maybe it was because I didn’t have the money for one, but I didn’t immediately make the jump to Blu-Ray, and as of 2016, I still haven’t made that jump. I can imagine some of you saying “You’re a writer for a site like Pop Geeks and you don’t have a Blu-Ray player?”. I’ll answer that by saying I’ve been meaning to buy one, but it’s difficult to find an All Region Blu-Ray player with a USB port. Why would I want an All Region player? That loops back to the reason why I’m doing this editorial. Many titles, when they make the jump to Blu-Ray from DVD, are licensed out to companies like Mill Creek Entertainment and Olive Films, and stripped of most, if not all, of their extras.

For many people, it’s the movie that matters the most, and extras are described in food terms, being compared to frosting or gravy. Speaking for myself, I love the movies, but I also love the stories behind them. There are some studios still invested in extras for their movies. Any home entertainment world that allows companies like Shout! Factory or Kino Lorber Studio Classics to thrive is a decent one, but then there are companies that seem to feel that behind-the-scenes material isn’t important.

For example, if you’ve read enough of my articles, you know that I love Disney. The works of this studio and its’ subsidiaries have gotten me through some rough times. Despite that, though, many of those projects have been given short shrift by Disney. As an example, this year marks the 30th anniversary of Martin Scorcese’s The Color Of Money, the Touchstone Pictures-produced sequel to The Hustler that won Paul Newman his first and only competitive acting Oscar. He won a Lifetime Achievement Oscar the year before The Color Of Money, and seven years after his win for this movie, he would receive the Jean Hersholt Humanitarian Award. Although the movie received mixed reviews, including a verdict of Two Thumbs Down from long-time Scorcese supporters Gene Siskel and Roger Ebert, it was a movie that had a style, an intensity, a unique look and a killer soundtrack. When this movie came to DVD in the early 00s, it didn’t have anything in the way of extras…Not even a theatrical trailer. When a 25th anniversary Blu-Ray was released in 2011, you would think that Disney would’ve come up with some extras for the movie. The possibilities are there for a Scorcese commentary track, a making-of featurette, a look at the soundtrack, maybe even the music video for Eric Clapton’s “It’s In The Way That You Use It”, if they could license it. What was on this anniversary edition Blu-Ray? Trailers for several then-current-or-upcoming Disney releases, like John Carter, but nothing for The Color Of Money itself. As previously mentioned, this year is the 30th anniversary of The Color Of Money, but I don’t think we’ll be seeing anything in the way of a special edition for the movie.

Another offender in getting rid of extras, as mentioned earlier in the article, is Olive Films. They have DVD and/or Blu-Ray rights to a bunch of titles from the MGM library. Unfortunately, several of those titles got better treatment in Europe than in America. For an example of that, there’s The Last American Virgin, the comedy-drama from 1982 which I wrote about in the 2014 article “Is It Just A Movie?”. From the following picture, I had interviewed Diane Franklin, who played Karen, via e-mail for RetroJunk in 2012, and I’ll be publishing an interview with Kimmy Robertson, who played Rose, for Pop Geeks soon. Both of them were in The Last American Virgin, and I asked them about that movie. If I ever interview Lawrence Monoson, who played the (in my opinion and as TV Tropes would put it) villain protagonist Gary, I’ll ask him about the movie as well. 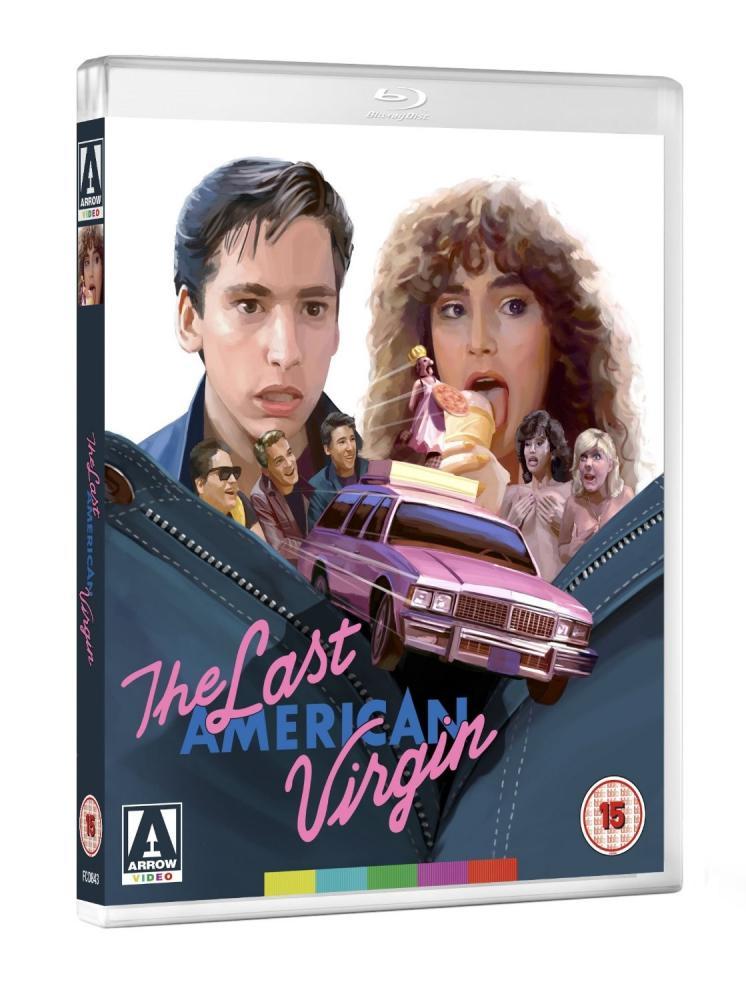 The Arrow Video European Blu-Ray of The Last American Virgin has interviews with Ms. Franklin, director Boaz Davidson and cinematographer Adam Greenberg, as well as liner notes by horror director and LAV fan Eli Roth. You would think that Olive Films, which released the movie on Blu-Ray in North America, would’ve made an effort to license out these extras for American viewers without All Region Blu-Ray players. Not only did they not do that, they even got rid of the theatrical trailer that was on the previous MGM DVD. Gary may have gotten his at the end of The Last American Virgin, but American fans of the movie without All Region players should’ve gotten what they deserved as well, and that’s a chance to get to know more about the movie. Here’s the trailer that didn’t make it to the American Blu-Ray:

Finally, we come to, in my opinion, the biggest offender in getting rid of extras from previous releases, and that’s Mill Creek Entertainment. Currently holding DVD and Blu-Ray rights to scores of titles from libraries like Sony and the aforementioned Disney, they cram 10, 20, 50 or even 100 movies at a clip into multi-movie packs, and if they had any extras, they practically all disappear. When their release of The Legend Of Billie Jean included the commentary track from the MOD release of the movie, I was shocked, and I was even more surprised when their Blu-Ray set of That ’70s Show retained all the extras from the Anchor Bay releases. Would that the bulk of their other titles could get the same respect. As an example, Mill Creek released what they dubbed a 25th anniversary edition of the 1989 Columbia Pictures film The Big Picture, a Hollywood satire with an all-star cast directed and co-written by a post-This Is Spinal Tap/pre-Waiting For Guffman Christopher Guest. The initial DVD from 2002 had a commentary track by Guest and Bacon, deleted scenes and a theatrical trailer. Much like the previously mentioned 25th anniversary edition of The Color Of Money, The Big Picture’s 25th Anniversary Edition had NOTHING in the way of extras related to the movie. In summation, maybe it’s licensing issues that leads to extras being stripped from newer releases of older titles, or maybe companies like Disney, Olive Films and Mill Creek just don’t care enough about these titles to supply (in Disney’s case) or retain (in Olive Films’ and Mill Creek’s cases) extras, but for those who like hearing what went into these movies, I feel that they should make more of an effort to keep the extras before the footage wears out and fades forever.

That’s just my opinion, though.