What Are Star Fragments and What are they Used For in BOTW? 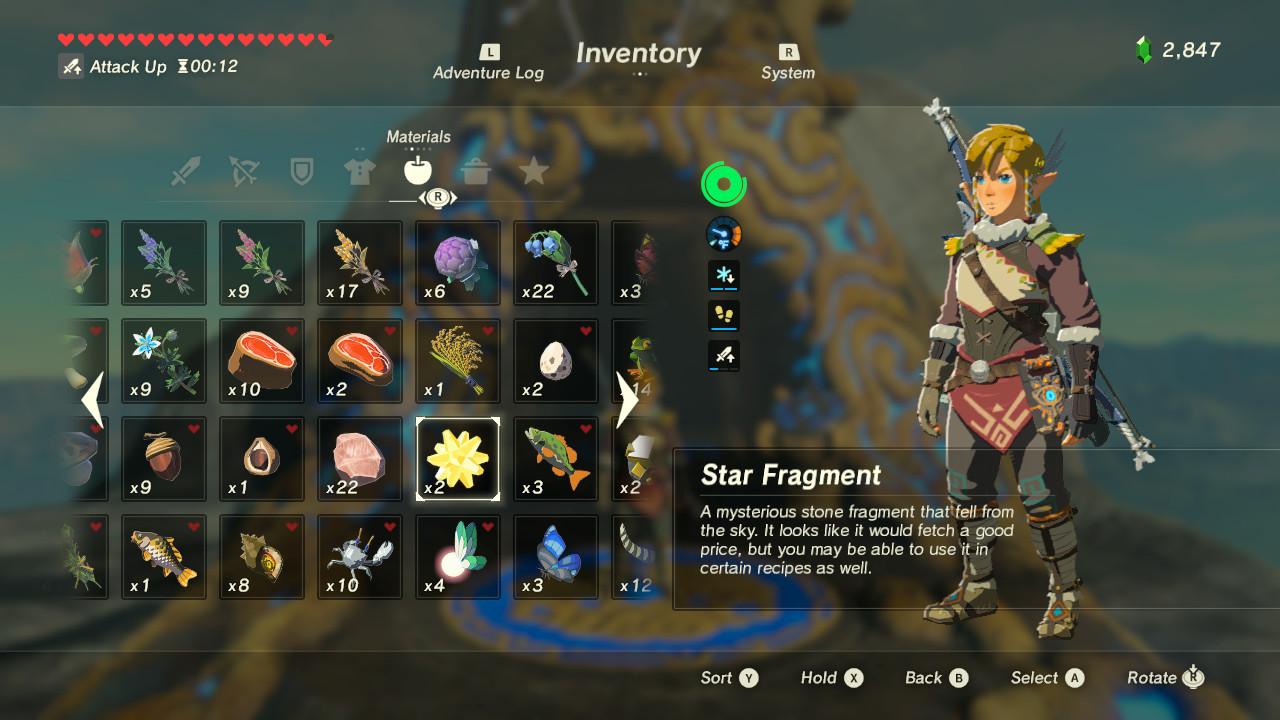 Star Fragments are mysterious stone fragments that have fallen from the sky and can be used to upgrade armor sets or as ingredients in recipes. Sometimes they’ll be found in chests along the way, but largely you’ll be collecting them after they have fallen from the sky. They are tougher to collect than other in-game items. After collecting them, you may go to one of the Great Fairy Fountains and use them to upgrade armor sets to the max or to enhance your food.

Why Farm Star Fragments in Breath of the Wild?

Make sure you bring a way to create fire, wood and you have enough stamina (either through your stamina bar or through stamina boosting food). Having Revali’s Gale doesn’t hurt either. Bundles of wood are acquired by chopping down trees. Collect either the Flameblade, Great Flameblade, Flamespear or Fire Rod for fire creation. Obviously, it is better to use Shrine Orbs to increase your Stamina Bar until you are able to fly pretty far using your Paraglider. If you need to rely on food for a boost, recipes that use Stamella Mushrooms and Endura Carrots are best for dishes are best. Revali’s Gale is acquired by defeating the Divine Beast Van Medoh.

Teleport to the Shee Vaneer Shrine. This shrine is high enough above the land to see star fragments falling without too many obstacles. It’s also at an altitude where precipitation will come as snow and not rain.

Throw some wood down on the ground and create a fire. Sit by the fire until noon. Sit by the fire again until night. Stare in the direction of Hateno Village. Hateno Village is the ideal direction for BOTW Star Fragment Farming because there aren’t as many obstacles to climb over to recover your star fragment. You’ll have the best success rate for star fragment recovery.

If you do not see a star fragment fall by 2am, go ahead and sit by the fire until noon, and then night again.

When you see a Star Fragment streak across the sky, take off using your paraglider in the direction it has fallen. It will remain at the point of landing until you are close to landing near it. When you have closed the distance between you and the Star Fragment, and it has landed on a hill, it will begin to roll down it. Move quickly so that you are less likely to lose it.

You will not be able see or collect a Star Fragment if there is going to be a Blood Moon or a New Moon.

Sometimes the Star Fragments will get away from you anyway, but using this method should allow you the best chance at success in BOTW Star Fragment Farming. 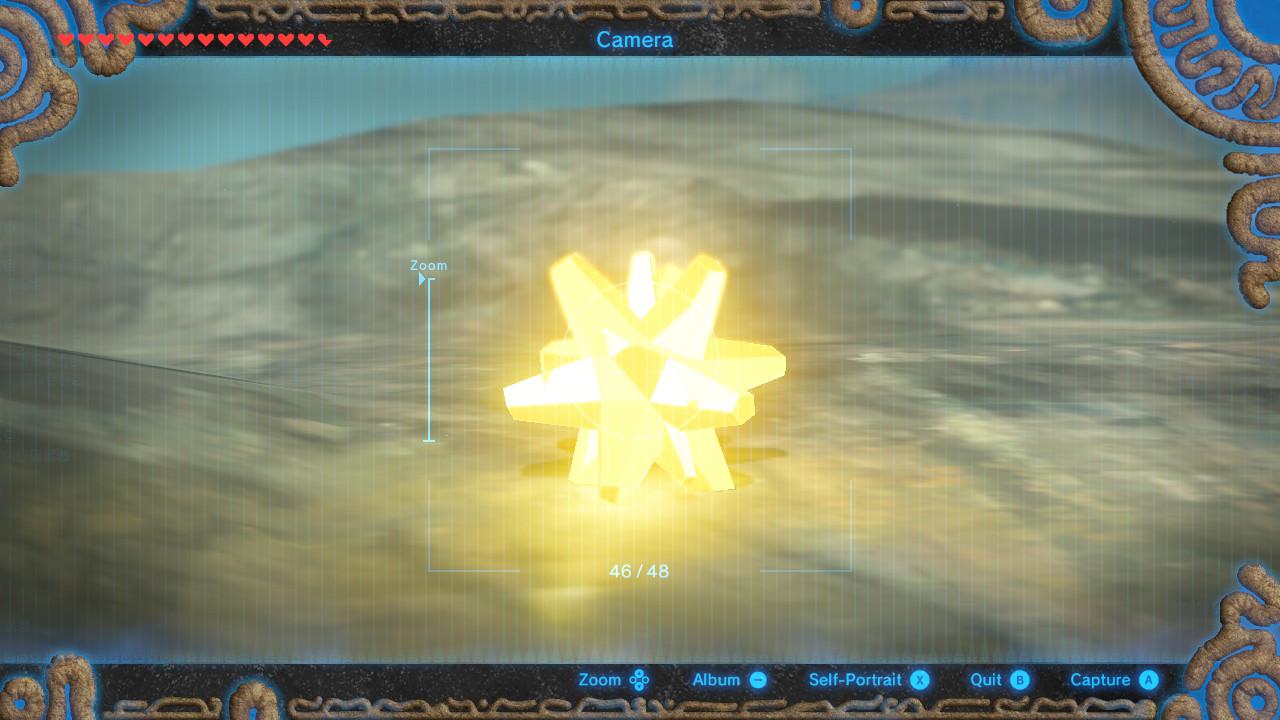 What Armor Sets Need Star Fragments to Upgrade in BOTW?

How to Farm Star Fragments in BOTW

Here are some Star Fragment Farming runs done with the starting point of Shee Vaneer.

Have you discovered a better way of BOTW Star Fragment Farming? Let us know!