Hadrian’s Wall To Be Constructed This Spring

Enthusiast Games, a division of Renegade Game Studios, has announced Hadrian’s Wall — a tower defense tabletop game coming in the second quarter of 2021.

One to six players take on the roles of Roman generals charged with defending the Empire against the onslaught of the Picts. Each general will be in charge of his own fort and wall, and all that goes with it — construction, attracting civilians to sign up, assigning positions, and defending against the Picts successfully. You’ll be judged on how many points you earn in various categories of virtue like Renown, Piety, Valor and Discipline. A typical game takes place over six rounds, each round representing a year of time. By the end, the general that’s won the most victories will be crowned Legatus Legionis by the Roman Emperor (that’s a good thing).

When visiting the North of Britannia in 122 AD, the Roman Emperor Hadrian Augustus witnessed the aftermath of war between his armies and the savage Picts. In a show of Roman might, he ordered a wall to be built that would separate the Pict tribes from the rest of England. Grand in its design, the wall stretched 80 Roman miles, from coast to coast.

Hadrian’s Wall will come with 2 Game Pads, 6 Player Boards, 50 Resources, 90 Workers, 48 Fate Cards, 72 Player Cards and the Rulebook. Pre-orders are open at all authorized distrubutors, and Renegade will start shipping the game this spring. 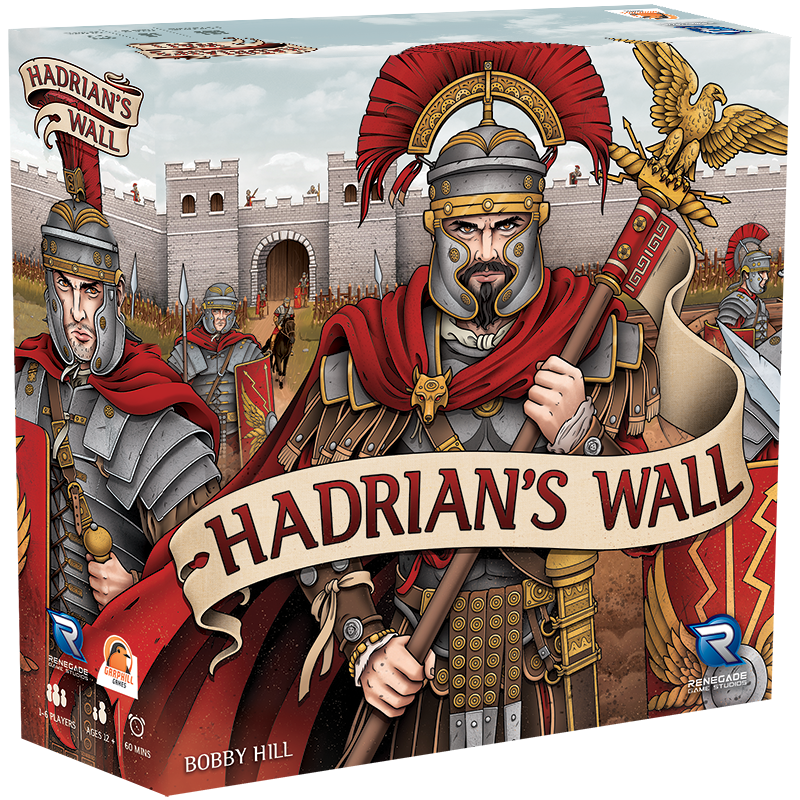