Guardians of the Galaxy Vol. 2 Gets a New Trailer

On Tuesday, February 28, actor Chris Pratt introduced a new movie trailer for Marvel’s Guardians of the Galaxy Vol. 2 on Jimmy Kimmel Live! on ABC. That trailer is now available to view online, and you can check it out in the player below. The upcoming sequel arrives in May.

So far, the sequel is looking good. There’s a lot of new footage in this trailer. There’s also the first look at Kurt Russell as Ego, who for the story in this film is Peter Quill’s biological father. Considering in the comics that Ego is an actual planet, how that plays out on film should be interesting. It appears that Nebula will have a much larger role this time around as she joins the Guardians. Additionally, this trailer does continue to hint at a potential romance between Star-Lord and Gamora. At least it seems that way on Peter Quill’s part.

Guardians of the Galaxy Vol. 2 stars Chris Pratt, Zoe Saldana, Dave Bautista, and the voices of Bradley Cooper and Vin Diesel as Rocket Raccoon and Groot respectively. Also, Karen Gillan is Nebula, and Kurt Russell is Ego, the Living Planet. The sequel opens in U.S. theaters in 3D, RealD 3D, and IMAX 3D on May 5, 2017. You can also check out a new poster image for the film below. 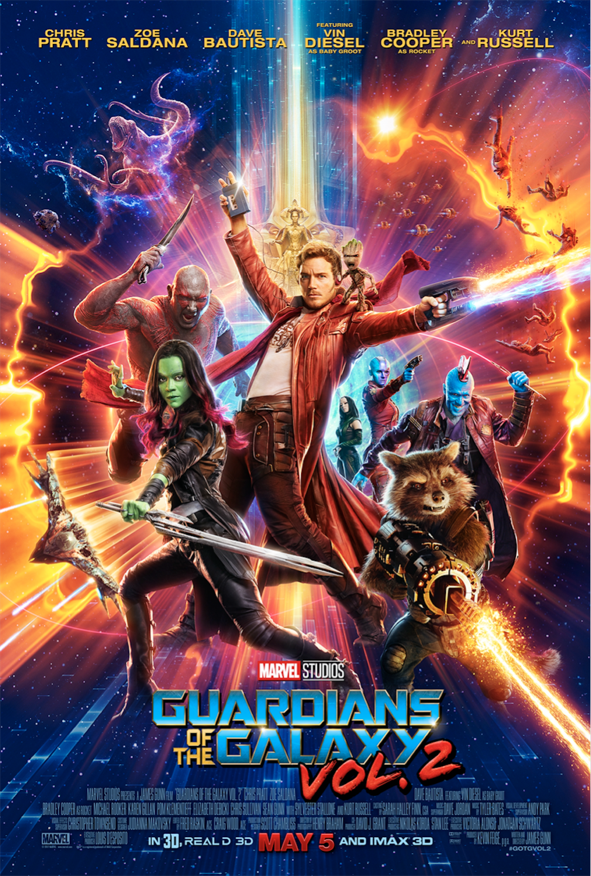