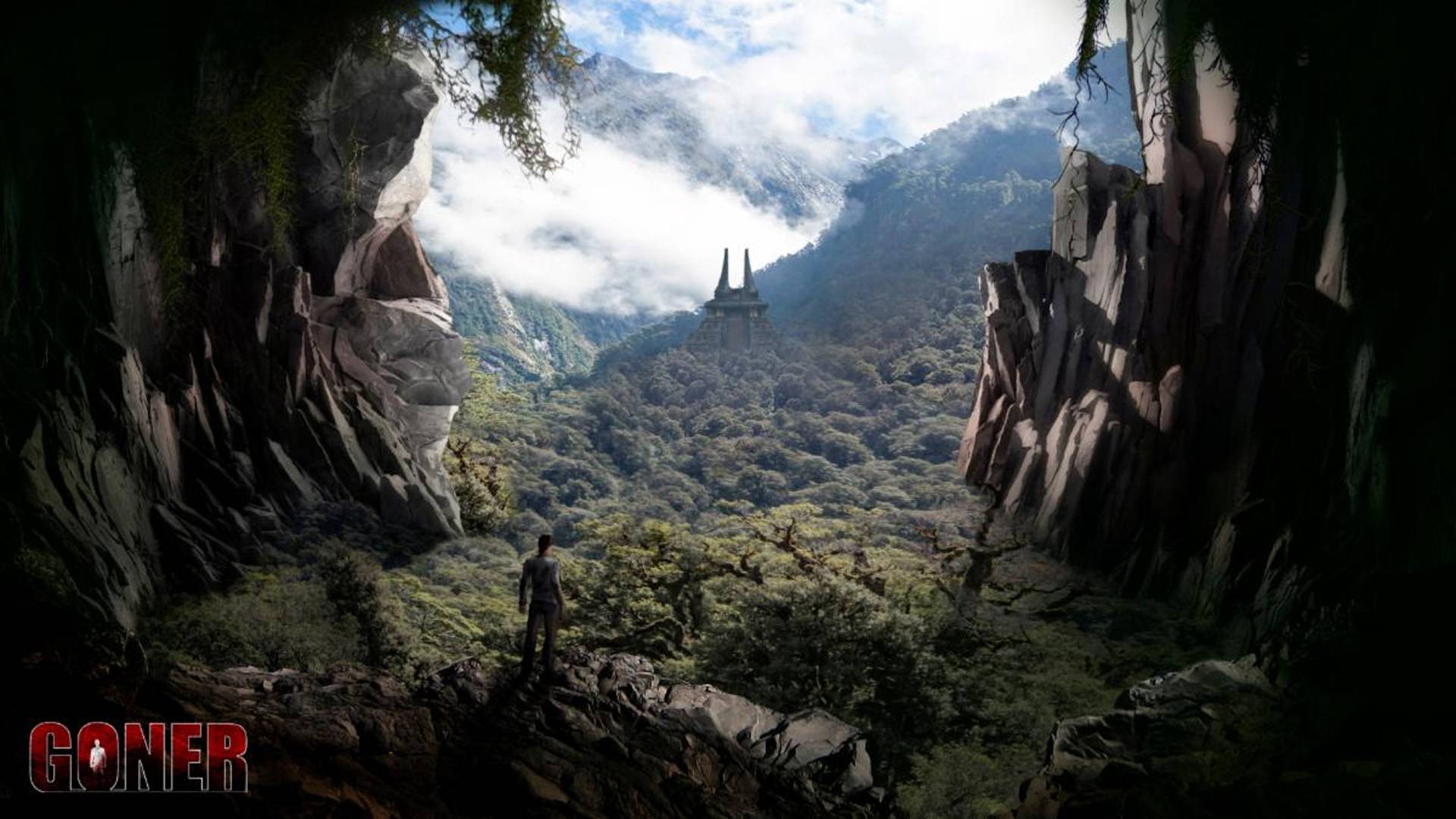 Loco Players, a game development studio from Spain, has launched their crowdfunding campaign for their first-person survival horror title Goner, coming to PC.

You play as Anthony Sunder, a man looking for his missing mother. She and her expedition crew disappeared while exploring a remote island, and being the naive protagonist of a horror tale, you decide to travel to that very island to look for her with no help whatsoever.

This, naturally, was a bad idea. The lost island contains many deadly dangers including hostile members of an ancient civilization, man-hungry plants and, to top everything, meat-eating dinosaurs. To live through this, you have to learn to adapt…gather resources when not under attack and use them to fashion weaponry and armor. Take care that you don’t become what the title suggests.

You can get a PC copy of the game when it’s completed for a $19 pledge — or, if you act early enough, you can grab one of the Early Bird tiers for a $16 pledge. Prizes at higher tiers include a digital artbook, the soundtrack, and your name in the credits.

The Kickstarter campaign for Goner will remain open until September 3. The game itself is estimated to be completed in the fall of 2021.

Physical Copies of Shenmue III for PS4 Might Not Make Retail