When was the last time a movie took you on a journey that didn’t span 20 films? Do you long for the days of Indiana Jones searching for lost treasures of history? Are you looking for a laugh in your adventure films? Then Gold Dust, the new film from writer-director, David Wall is waiting for you to discover it’s quirky brand of fun.

When I look back at my own film viewing experience, the hunt for buried treasure doesn’t factor into a lot of my favorites. My Dad loved cheesy flicks like the Allan Quatermain movies from Cannon Films in the mid 80’s and the Pirates of the Caribbean franchise had a decade of success to boast of, yet none of those cinematic offerings ever had me coming back for more. Perhaps then it is the more personal touch of the comedy-adventure Gold Dust that grabbed my interest. 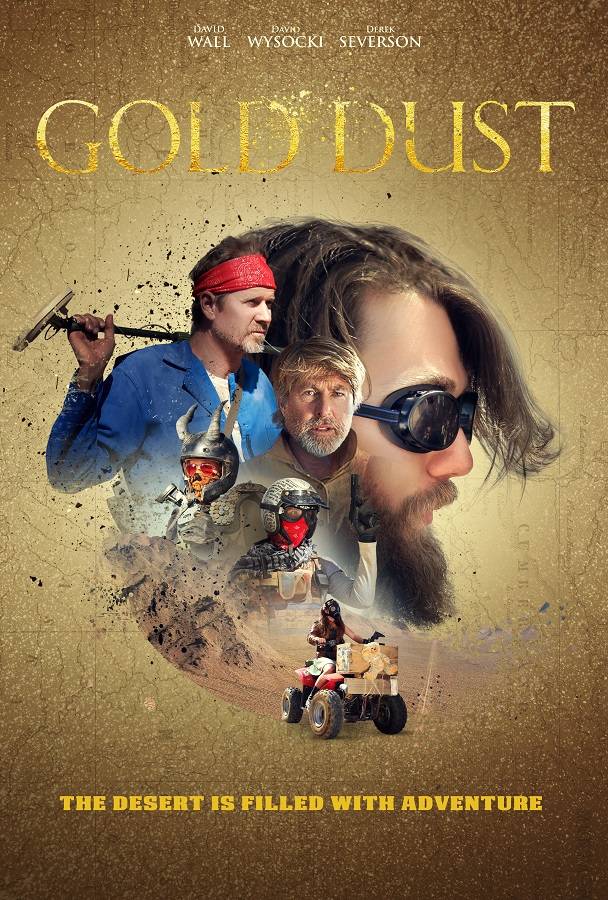 Plot: Bumbling treasure hunters Fink and Moses are a persistent pair that come up empty handed at every turn in their pursuit of riches. That is until they stumble upon a hoard of cash from a drug dealer named El Guapo and find themselves caring for a child they literally run into during their travels. Will the cash allow them to fulfill a heroic destiny or tear the friends apart as they attempt to get respect in a world that left them behind? Not to mention the silent assassin and other dangers on their trail. 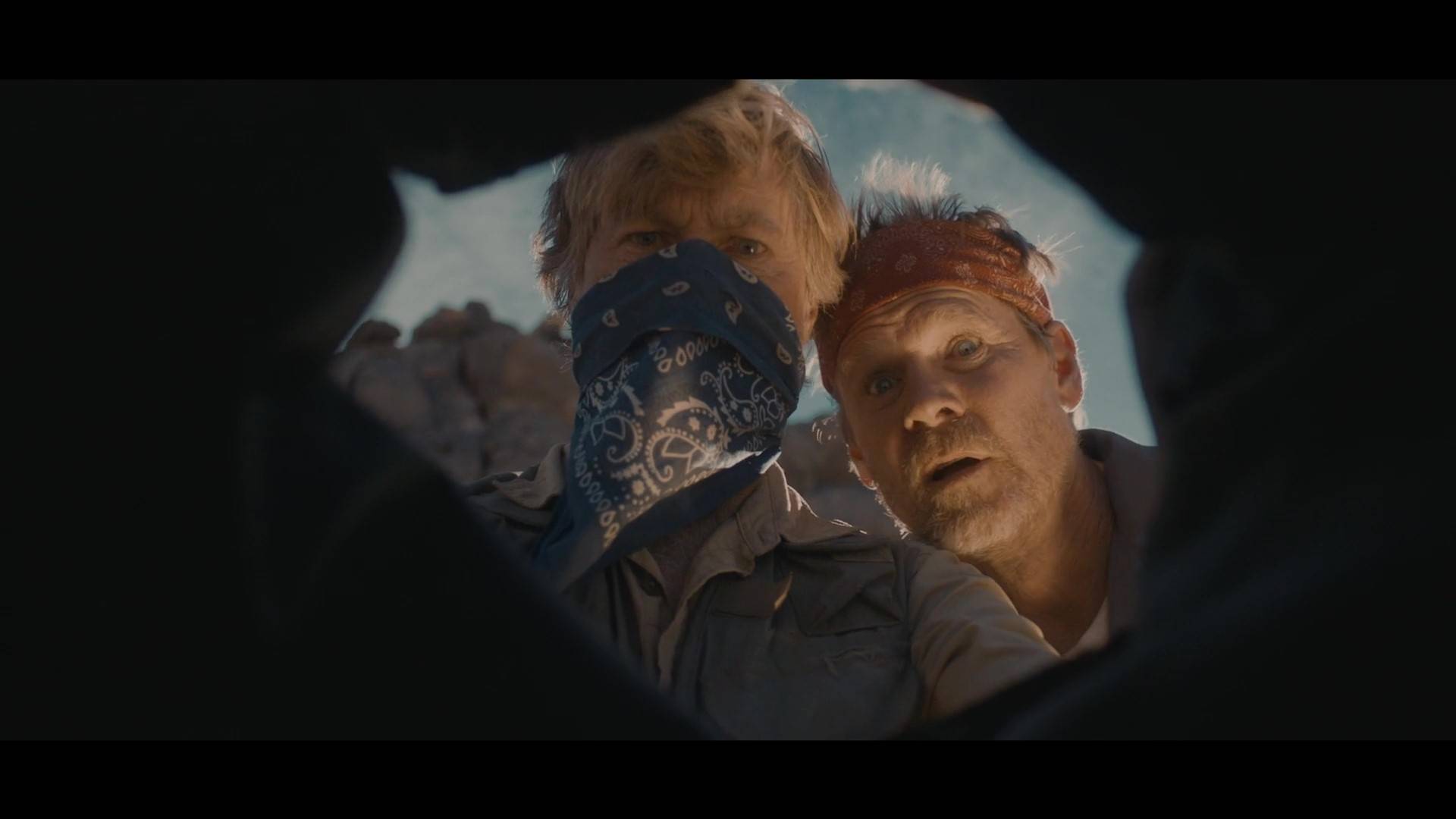 If you want to get a taste for the tone of Gold Dust, imagine a Guy Ritchie movie populated by characters from Napoleon Dynamite. Wall’s vision is far from an even mildly action-packed adventure film like Sahara starring Matthew McConaughey and more like the Apple Dumpling Gang for the 21st century. There’s no cursing, bloodless violence is played for laughs and the main tension centers around the strain put on the friendship of our dim-witted protagonists as they wander the desert. 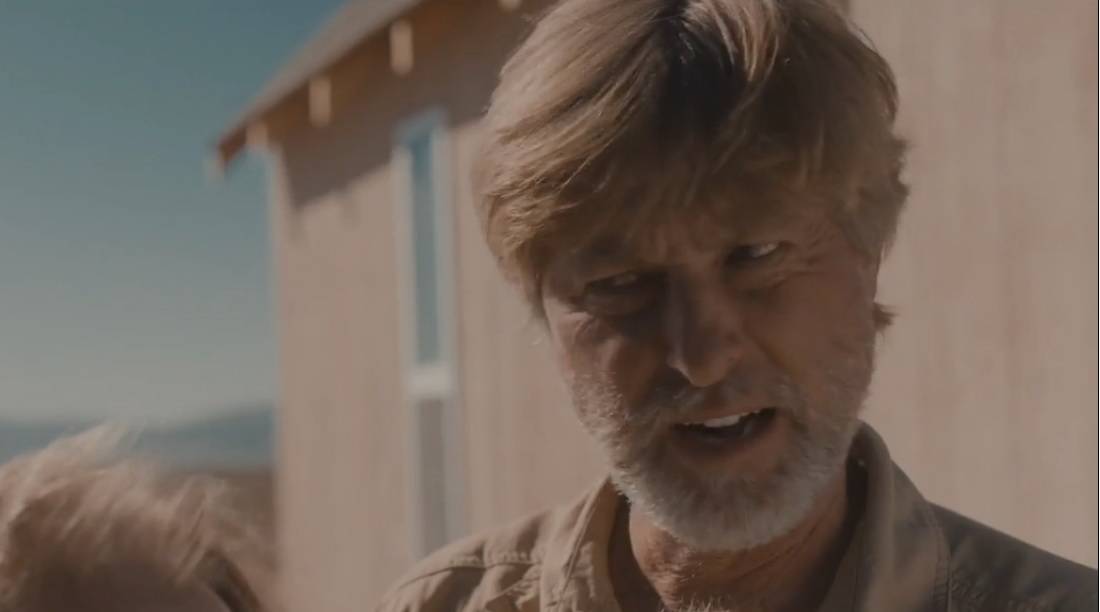 First up is David Wall himself as Fink, the self-styled leader of the pair who has one dream in mind: get rich, so he can convince a girl he had a crush on in high school (30 years ago) to marry him. Wall looks like he could be Robert Redford’s younger brother, in fact I was convinced that I had seen him in some late 80’s television series. Surprisingly Wall’s list of past acting credits is sparse, yet he plays the determined, yet clueless Fink with a charisma that surely could have landed him any role played by Dirk Benedict of A-Team and Battlestar Galactica fame. 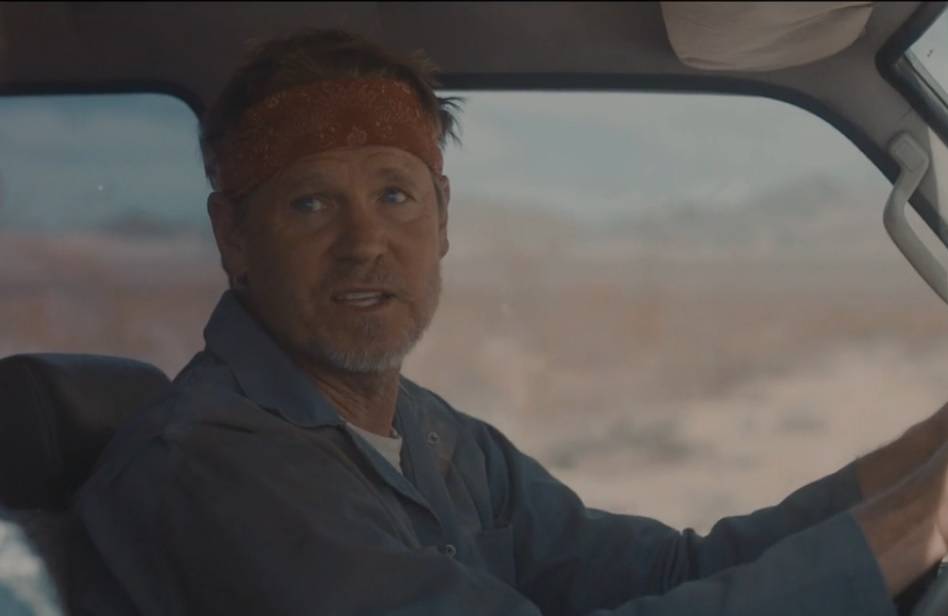 At Fink’s side is the lovable, yet simple minded Moses played by David Wysocki. Obsessed with tossing “Would You Rather…?” scenarios at his partner and dedicated to his undying belief that Hollywood fame eluded him after being cut out of the 1970’s Ralph Bakshi Lord of the Rings animated film where he was hired for one line as an Ork, Moses is like a man’s best friend in human form. 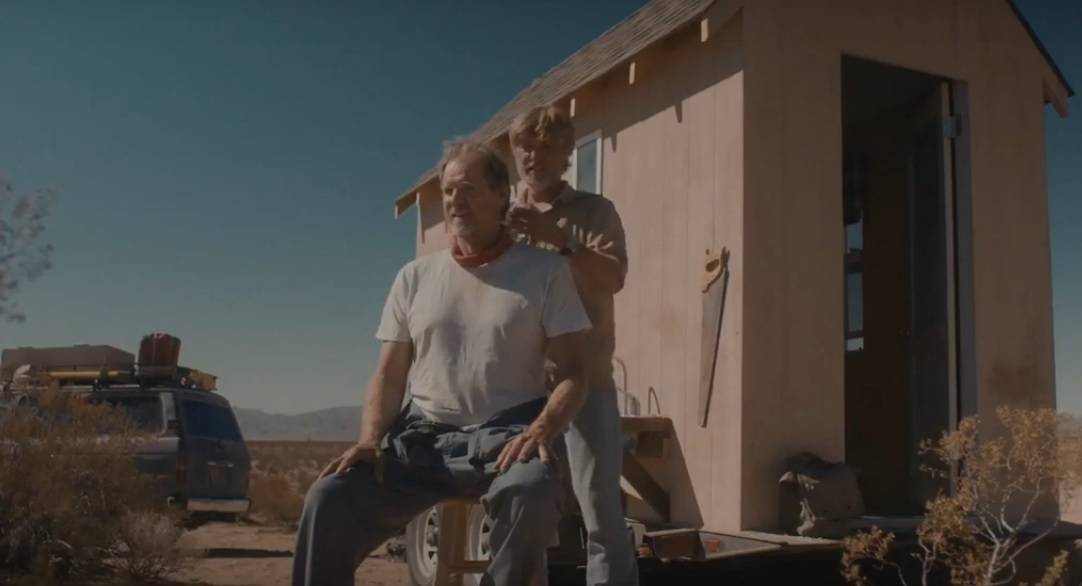 The banter between Moses and Fink is reminiscent of classic road trip comedy duos like Bob Hope and Bing Crosby or David Spade and Chris Farley, yet manages to never crosses the line into low brow insults. There is a warmth to their relationship that permeates even in dire circumstances. Despite the threat of being murdered and knowledge of a drug dealing psychopath who wants their heads on a platter, the duo maintain their cartoonish qualities throughout the series of unfortunate events that fill the run time. 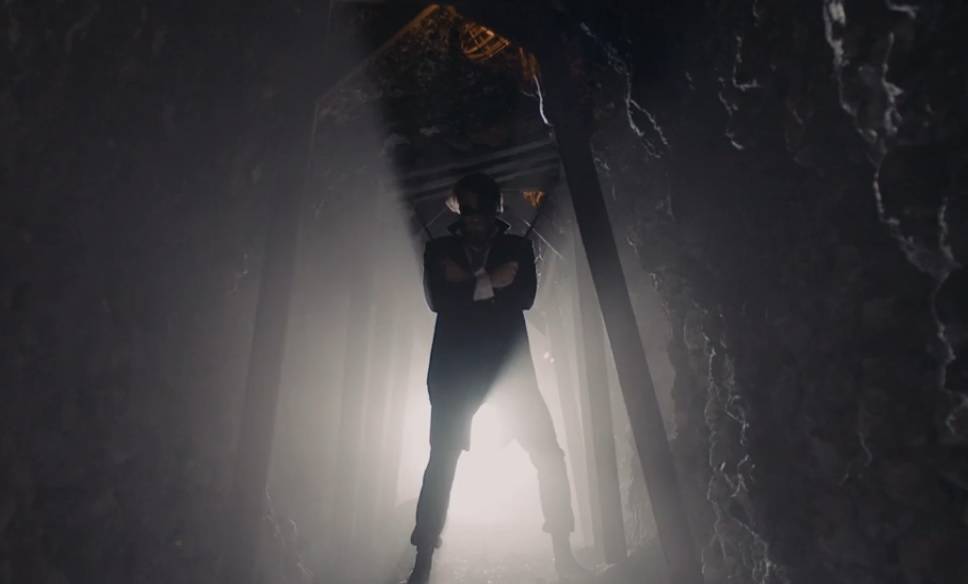 Unbeknownst to Moses and Fink, there is a menacing character in pursuit of the prospecting pals. One is “The Dancing Killer” played with devilish glee by Derek Severson, a mute killer who prefers to stalk his prey while blasting classical music in his bluetooth earpiece. 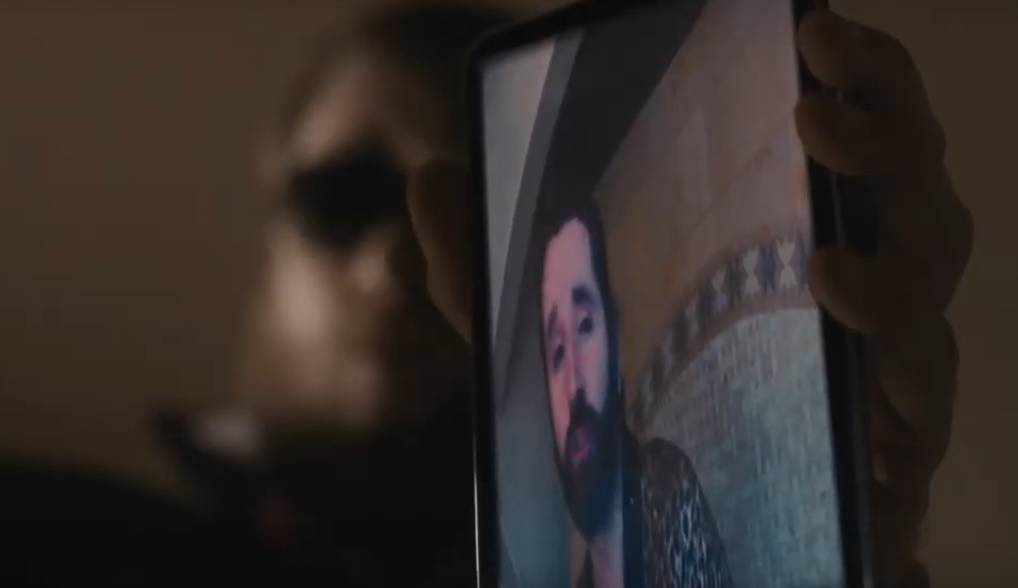 The assassin is constantly reminded by the maniacal El Guapo played by Garrett Marchbank not to kill anyone until the money is recovered. As a result he merely knocks out various would be victims along the way and ties them up in his SUV, leaving the psychopath to drive around the ever growing group he plans to murder while he completes the task at hand. 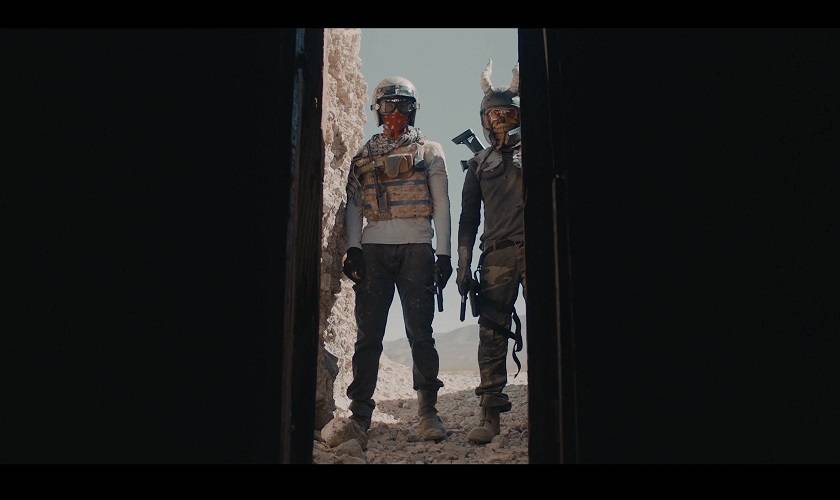 Finally realizing their plight, the pair meet up with a group of “Lost Boys”, young kids who seem wise beyond their years, having been trained by El Guapo to fly “pixie dust” across the border for his operation. But Fink’s own selfish focus on the girl that got away leads to a schism. 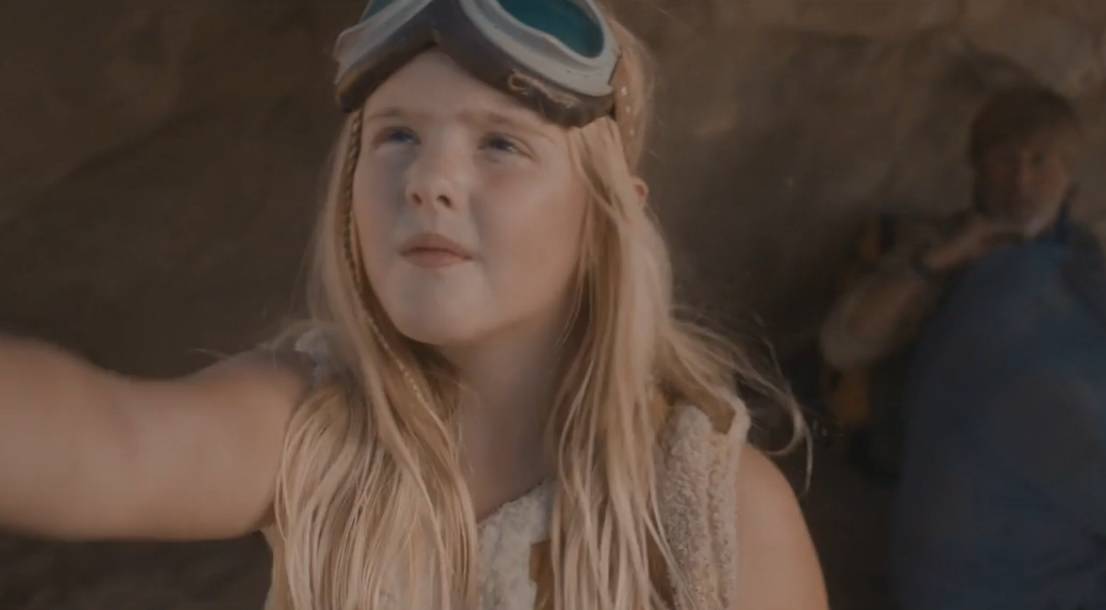 Should they stay and help liberate the “Lost Boys” (and girls) as Moses feels is his destiny or will Fink abandon the group to answer the what if scenario of lost love that has plagued his existence since he was a lovestruck teenager? Lust wins out and Moses is left to survive in the desert like his biblical namesake.

The reveal of Fink’s true past with his dream girl leads to what is arguably the most entertaining bit of business in the film as the delusional Don Juan returns to the city with cash in hand to transform himself into a “success”. Literally lifting a scene from Napoleon Dynamite as he struts in slow motion wearing a custom tailored 70’s style 3 piece suit, the arrival at the home of his high school crush and the ensuing ridicule escalates even further when he finds himself face to face with El Guapo. 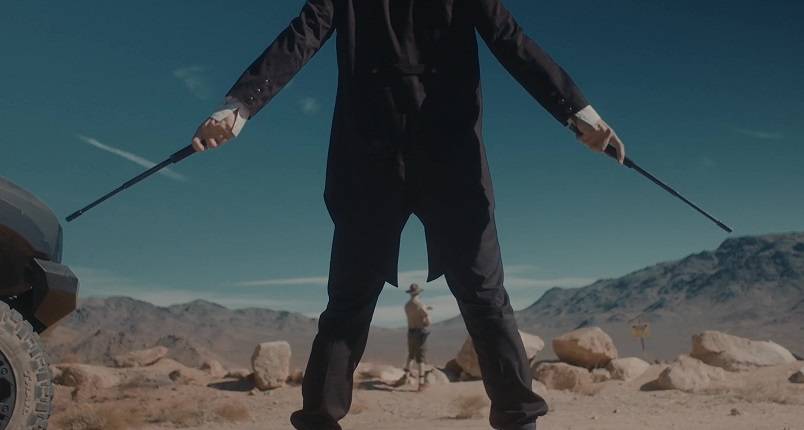 The story spins wildly out of control to its dizzying climax from here as good wins out over evil. But the question remains, is Gold Dust a hidden treasure you should go on the hunt for? The answer is yes. 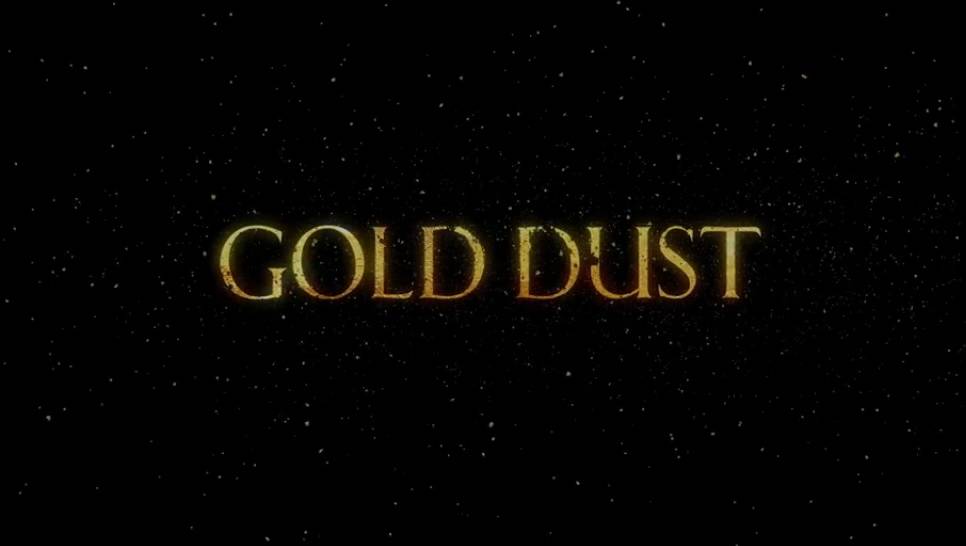 While Gold Dust runs a bit too long for its own good and suffers occasionally from some pacing issues, the silly, unpredictable nature of the film is worth the ride. The acting is solid, as is the filmmaking itself. Though the story feels a bit sanitized, lacking any edge from language or intense thematic elements, it manages to be a heartwarming cinematic experience with a goofy twist.

Gold Dust is available now from High Octane Pictures on DVD and digital.