Gloomhaven is a tabletop game, a video game, and now a comic book. Gloomhaven: Fallen Lion will be a one-shot comic released through Source Point Press and Deep Water Games that expands the lore with a new story written by Travis McIntyre and illustrated by Tyler Sowles.

“The world of Gloomhaven is one of the most rich, detailed and unique in the fantasy genre. And somehow, there was still a ton of room for us to stretch creatively, adding story details, and creating new characters,” says McIntire. “Collaborating on the first Gloomhaven comic has been a privilege and putting a tiny bit of our own stamp on a world loved by so many people has been amazing. I can’t wait for people to get it in their hands!”

The City of Gloomhaven can be a tough place to make it as an adventurer and being in the right party is key to survival. The Jaws of the Lion are the top of the mountain in the hierarchy of the city, but their latest job goes sideways, and Anaphi, the mindthief, is to blame! The first comic from the wildly popular GLOOMHAVEN game launches a fantasy world unlike any in existence. Get ready for Quatryll punk bands, drug dealing Inox street gangs, and a dark God sleeping beneath the surface, eager to destroy the world. Welcome to the City!

Gloomhaven first came into existence as a tabletop game that earned $4.4 million from its Kickstarter campaign and more than 45,000 backers. When the game was released, BoardGameGeek gave it its highest rating and awarded it the honor of “Board Game of the Year” in 2017. Gloomhaven was then converted into a video game from Asmodee Digital that mixes tactical RPG elements with randomized dungeon crawling.

Gloomhaven: Fallen Lion will be $3.99 on the day of release, but you can preorder it now at a discount of $1.99. The Gloomhaven board game remains purchasable at most hobby retailers and the video game is available right now through Steam Early Access. 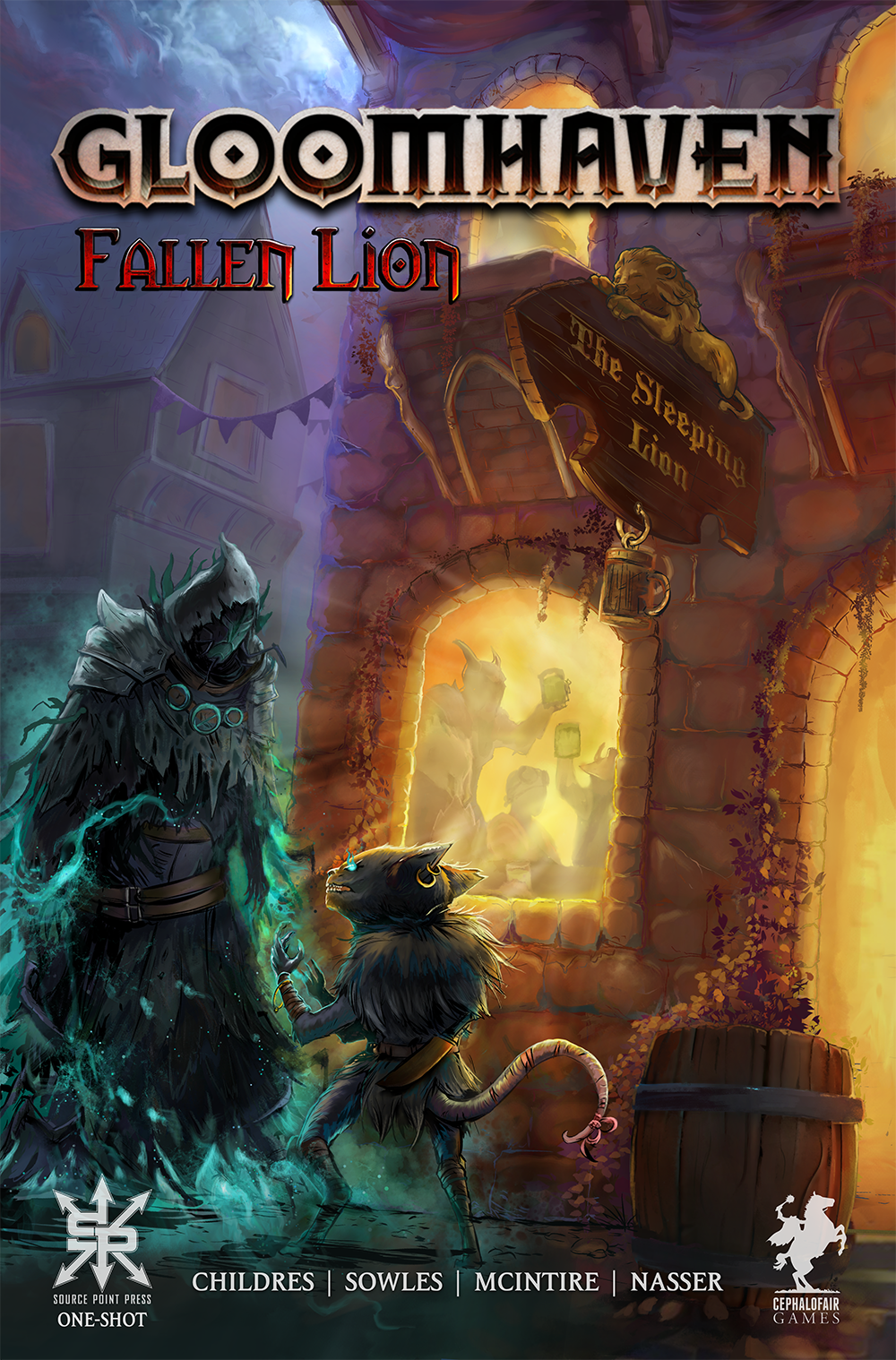