Virginia-based development team Woog Worx has been working on a new action platformer for the NES for the last two years. Now Ghoul Grind: Night Of The Necromancer is nearly done, and the crowdfunding campaign (launched today) is your chance to get a physical copy (or a digital one, if you prefer).

On the eve of October 29th 199X, a possessed Vladimir Drachovi traverses the graves of Saint Crypton. With his newfound power of necromancy, Vlad awakens the resting townsfolk from their slumber. At their local hang out spot in the Crypton Woods, Nox Francisca and Veronica Mimieux are waiting for their friend Vlad to arrive so they can discuss their plans for Halloween. Unbeknownst to them, a newly awakened dead makes an attempt to harm them, and is struck down by Nox. Realizing that the dead have risen, Nox and Veronica journey to the graveyard to find the source of the necromancing and put it to an end.

What makes this one unique from most other homebrews is the ability to play as two characters, and switch between them at any time with a button press. Nox and Veronica both use projectile attacks, but with different effects: Nox’s throwing axes are slower but more accurate, while Veronica’s enchanted dagger shockwaves can be fired at a higher rate yet do less damage. Your journey will take you through eighteen levels guarded by six bosses. 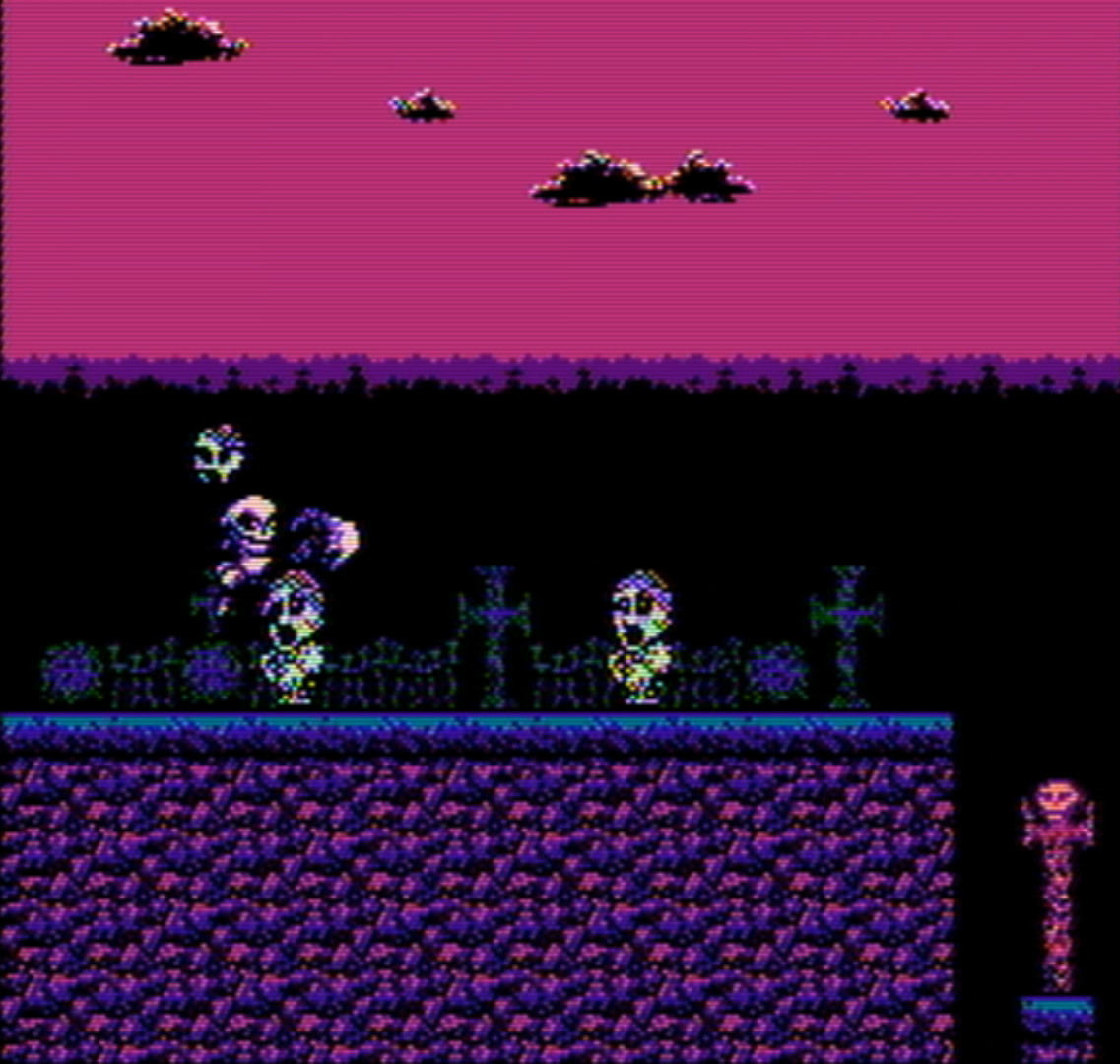 A pledge of just $10 guarantees a digital copy of Ghoul Grind, plus a PDF of the instruction manual. You can get a physical cartridge that works in a real NES for just $35 (dust cover included), but the manual will still be a PDF. A physical manual and a game box will be thrown in at the $55 tier. A limited-edition physical copy with a translucent orange shell is still available as of this writing for $85, but copies are very limited. Woog Worx will also produce a Dreamcast port if a stretch goal is met.

Ghoul Grind: Night Of The Necromancer is estimated for completion by October of 2021. Copies will begin shipping out then.