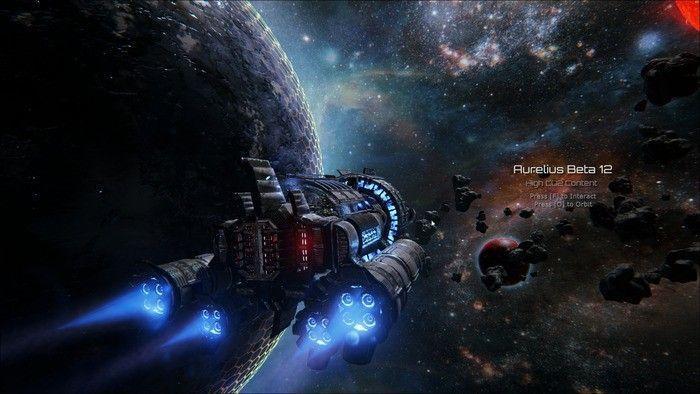 A new development team made up from ex-DICE employees has launched a Kickstarter campaign for their new title Into The Stars, an open world space simulator. The campaign currently has a total of 1,306 backers who have so far pledged more than $29,000. This leaves Fugitive Games looking for an additional $55,000 over the next 29 days, a figure that should be attainable judging by the early success of the Kickstarter project.

Into the Stars sees players take on the role of captain of one of the final ships available to humanity as they look to explore the universe in search for a place where they can settle and live in peace. The game will include managing a crew that can gain experience in things such as piloting, engineering, mining and medical, designing the initial ship to best suit your playstyle and objective and ensuring that you have enough resources to complete your mission at all times.

While the $85,000 target seems low for such an ambitious title, the Kickstarter page explains that most of the development costs have already been met by the team and that this last round of funding is to ensure the game is the best it can be.  They state: “We’ve been involved in the Kickstarter community for several years now, so when it became clear that we required additional funds to complete this project, we knew just where to turn. The reality is that we simply can’t provide the high level of polish, quality audio and compelling score this game demands with our existing resources. Though we could potentially turn to publishers to fill this void, we’d much rather deal directly with gamers like you who can help shape the experience into something truly special!”

The new development team, known as Fugitive Games, is made up of a collection of industry veterans from developers such as Capcom and SCEA, but the biggest contribution comes from EA owned studio DICE. All in all, the members of the team have worked on titles such as Shadows of the Damned, Lost Planet and Battlefield. Providing the score for the new game is Jack Wall. The composer has previously worked on other games such as Lost Planet 3 and even has experience in creating accompanying music for space-themed games such as Mass Effect. The game will also run on Unreal Engine 4.

Super Mega Baseball heading to Xbox One and PC