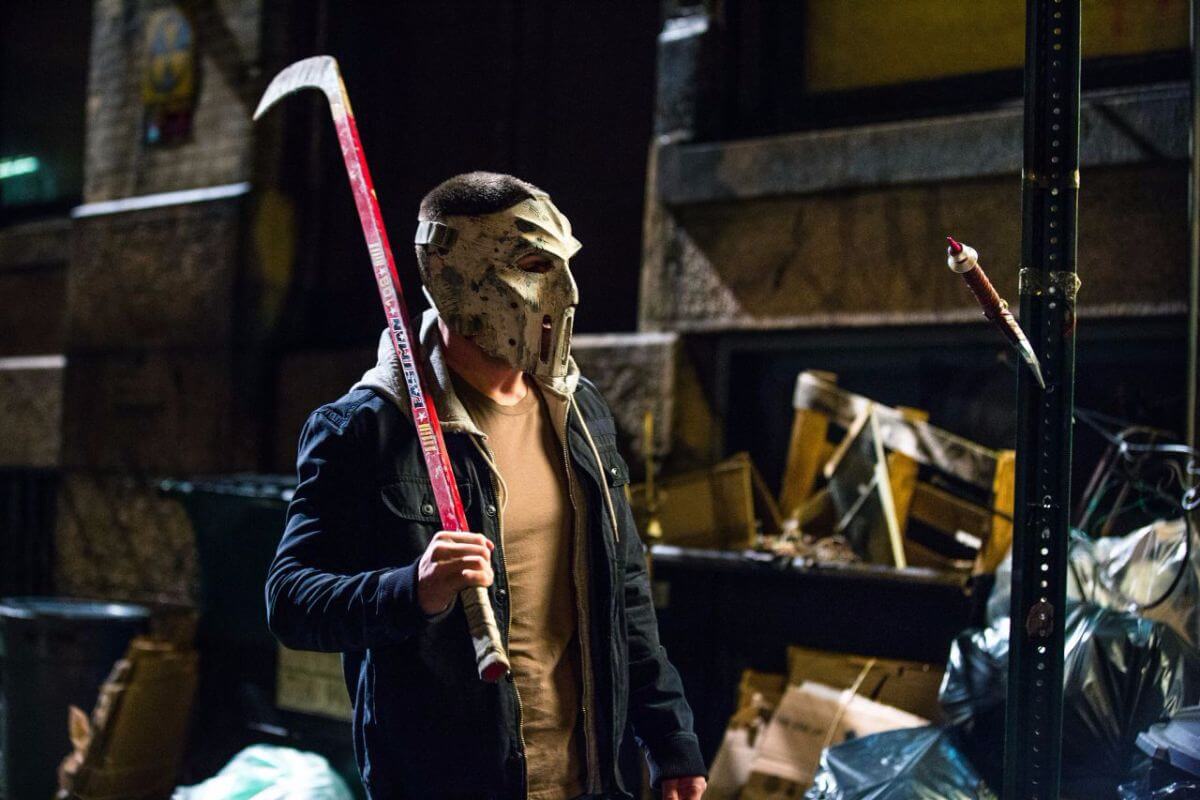 Whether you loved it, hated it, or simply ignored its existence, he sequel to Michael Bay’s (I understand if you stop reading right here) Teenage Mutant Ninja Turtles film is coming. In fact, it’s already filming. While some of the things many people hated are still going to be in the film (over-sized, near indestructible turtles, Megan Fox, overuse of CGI, Megan Fox again), there may be some good things on the horizon.

First off, TMNT fan-favorite villains Bebop and Rocksteady will be in the film, hopefully done in a way very true to their comic origins (unlike Shredder). Second, and probably most importantly, we have Casey Jones! The hockey masked vigilante will be played by the Arrow himself, Stephen Amell.

Though the movie has only started filming, Michael Bay has revealed a pic of Amell as the epic vigilante, and fans will be relieved that two of Casey Jones’ most iconic items are with the character: his hockey mask and his hockey stick.

Though the plot of the second Teenage Mutant Ninja Turtles movie remains shrouded in mystery (probably so that fans can’t change it like they did the last time when it got leaked), it’s no doubt going to have some sort of street-crime aspect to bring in Casey Jones. We’ll just have to wait and see how it all plays out.