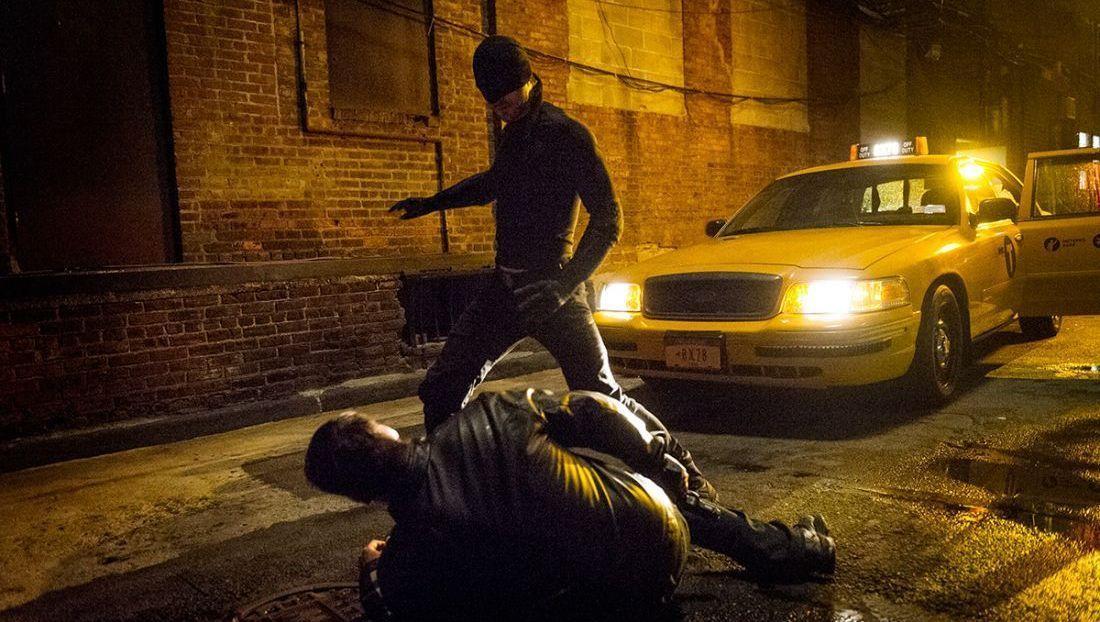 The wait draws ever closer for Marvel’s new live-action TV series featuring the Man Without Fear, Daredevil. The new show debuts in just a little over two months in April on Netflix. However, there has yet to be any footage released to the general public, until now. Marvel and Netflix have released the first teaser preview for the show, which is available below. The full trailer is set to make its debut tomorrow.

The video is only a 15 second teaser, but it offers fans their first take of actual footage and dialogue from the show. The preview shows Matt Murdock in his black, prototype costume in a darkened hallway. He is alerted by a noise before busting down a door. There looks to be a quick flash of Daredevil attacking a perp. The voice-over for the video features Murdock (Charlie Cox) saying, “I’m just trying to make my city a better place.” The video clip was extremely brief. However, even in that brief amount of footage Daredevil looks to be a darker and grittier show than anything ever seen before from Marvel in the post-Marvel Studios/Iron Man era. Considering the subject matter of the more renowned Daredevil stories, that definitely looks to be the right direction in terms of tone.

Marvel’s Daredevil premieres on Netflix on April 10. The new world premiere of the trailer for the show debuts online tomorrow on Wednesday, February 4. The series follows respected lawyer Matt Murdock. He was blinded as a boy in an accident, but it granted him extraordinary senses. By day, Matt fights injustice in the courtroom, but at night he becomes the masked vigilante called Daredevil in Hell’s Kitchen, New York.