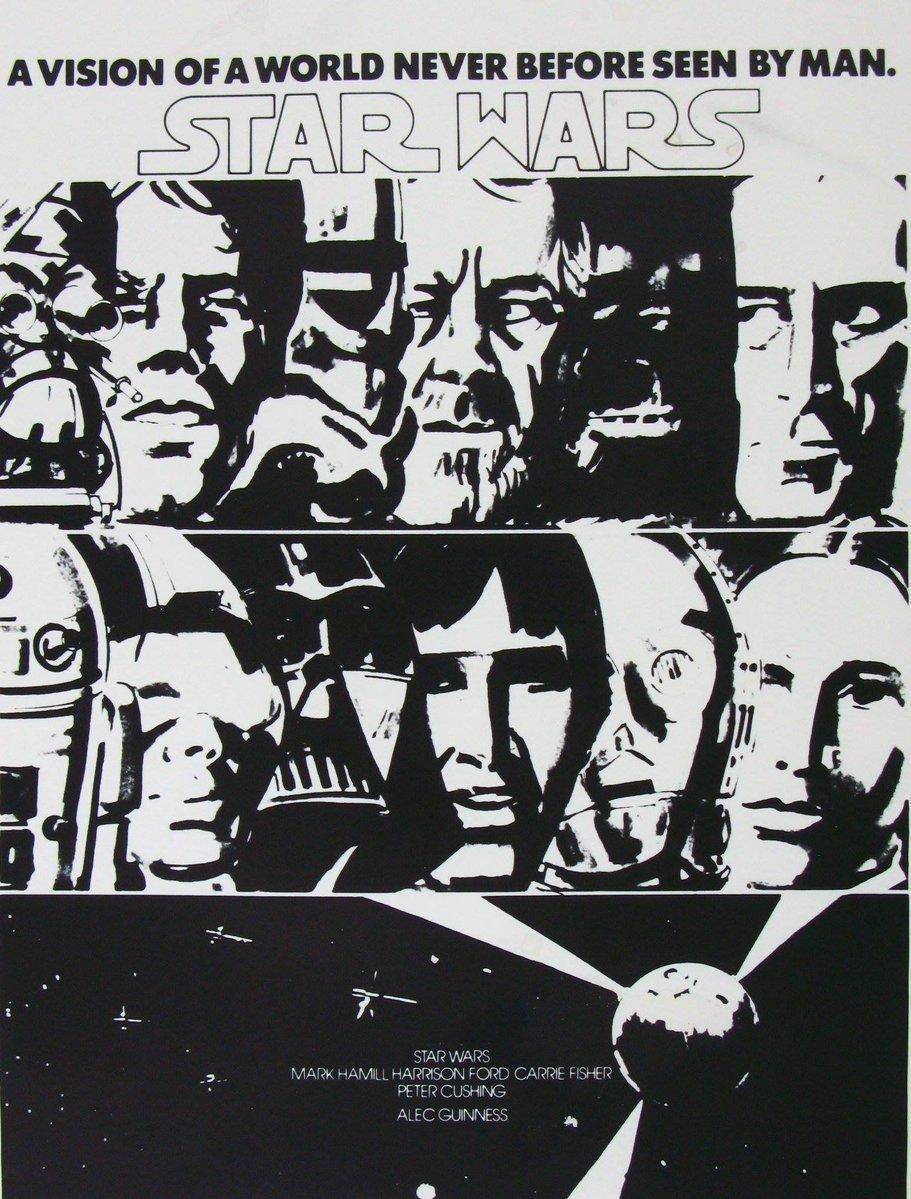 On the occasion of the release of Solo, Mark Hamill sent out a tweet this afternoon revealing four early Star Wars posters, cooked up by the marketing team back when they were still trying to figure out how to sell Lucas’s now-iconic creation to an audience that had never seen it before.

Coming up with the perfect tagline is hard — just look at how many would-be catchphrases the Alien team had to go through before they finally found “In space no one can hear you scream.” Hamill mentions in the tweet that he had trouble describing Star Wars to his friends before the movie came out. This prototype poster errs on the side of familiarity: 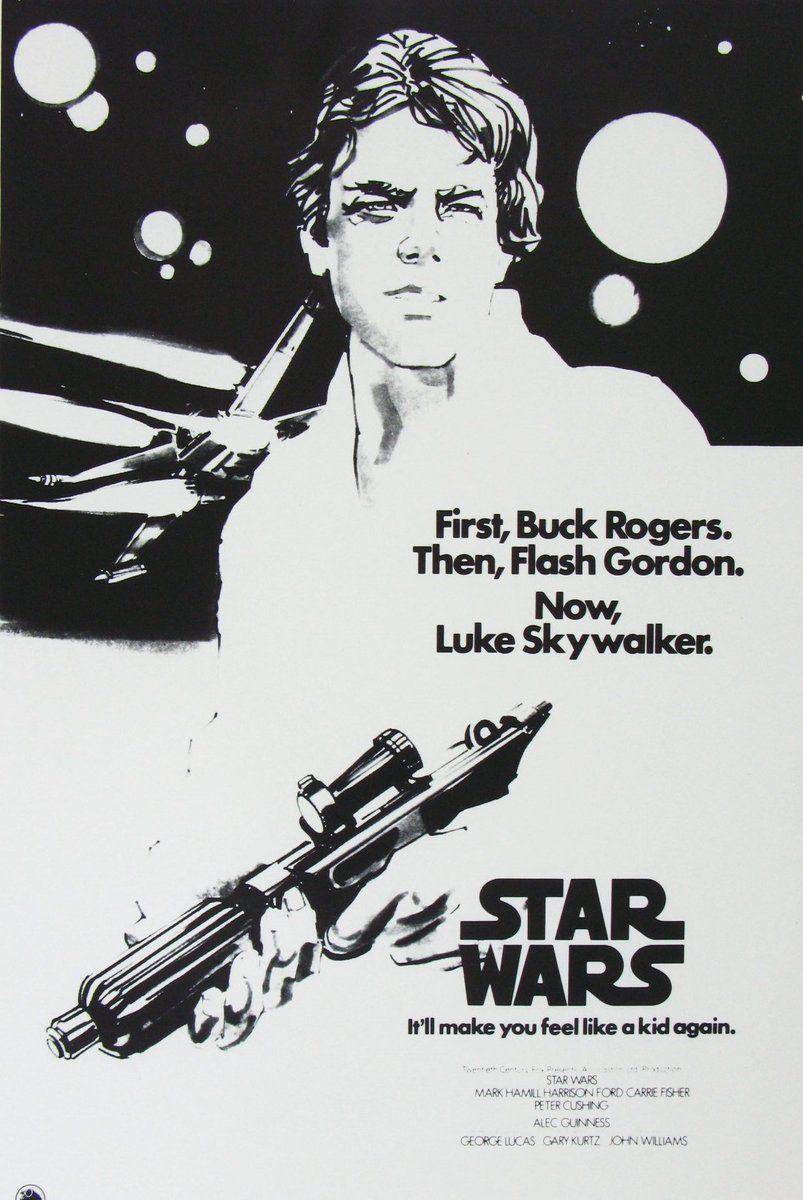 “Did kids know who Flash & Buck were in ’77?” asks Mark. Probably not, and a big factor in the success of the first movie was that it took old serial tropes and made them fresh again to a new generation. If Fox had gone with directly revealing the inspiration, people might not have latched onto it as strongly. Bullet — or laser more like it — dodged here. 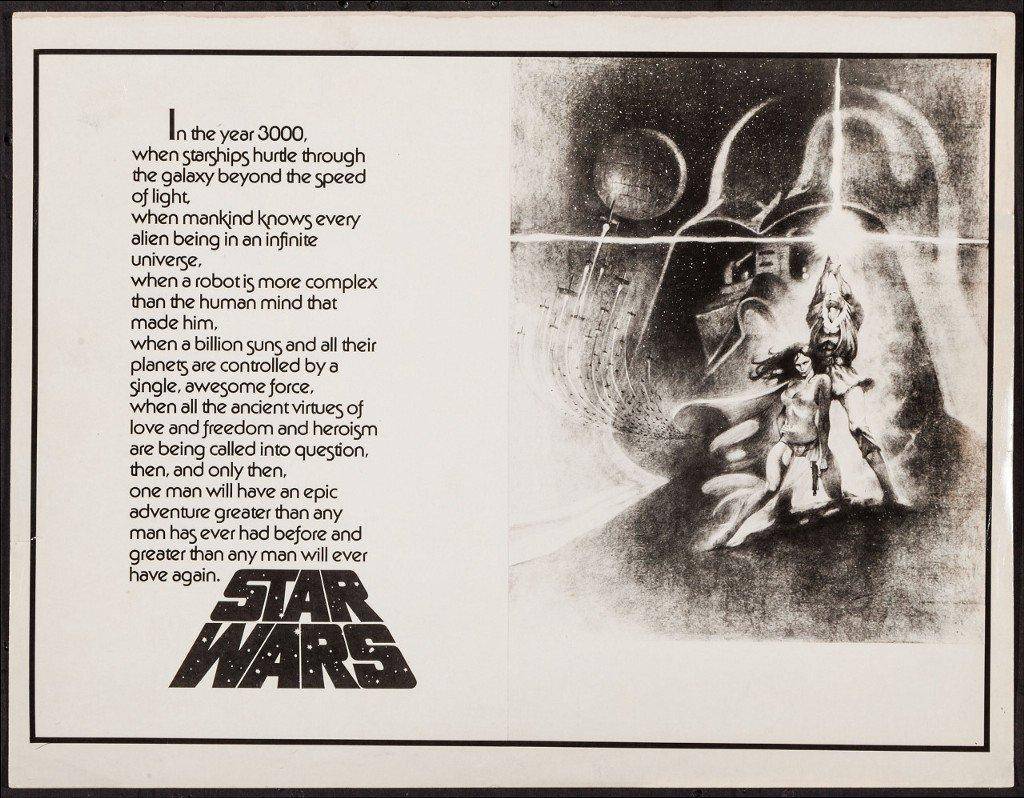 I think this has more words in it than the opening text crawl. Also, “the year 3000”? The first three words anyone saw in this movie were “Long long ago…” You didn’t watch the movie yet, did you, fellas? 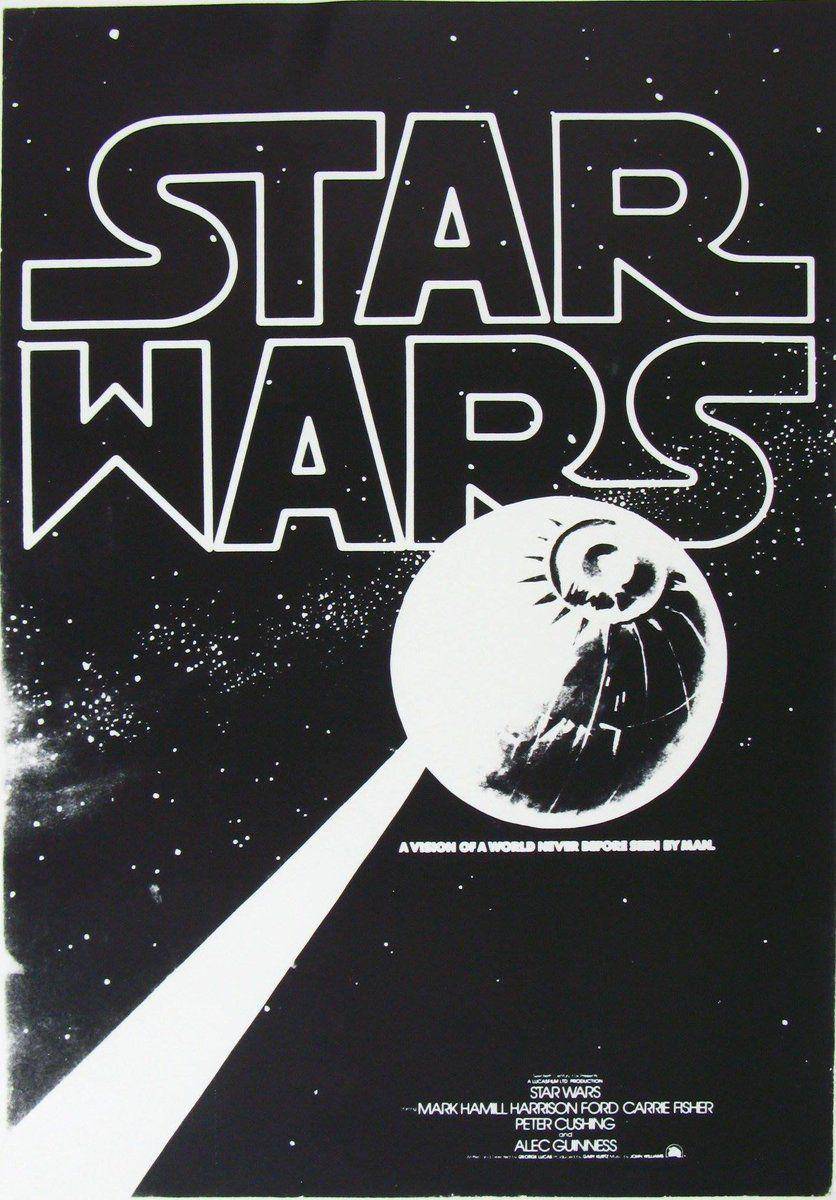 “A vision of a world never before seen by man.” Not catchy enough. Using the Death Star as a promotional image might have been interesting, but I can’t really imagine the poster being anything but Luke raising the saber in front of a giant Vader head.

Oh yeah, and there’s an interesting backstory behind the “Square W” version of the logo seen in early promotional materials. You should read it sometime.

How do you like everybody smashed into close quarters like this? I first assumed they forgot Leia, but now I think that robot head on the bottom right is supposed to be her. Why is she facing forward? Everyone else is facing right; if she was also facing that direction, we’d see the bun hair and she’d be unmistakable. Do over!

Fox never did find the perfect tagline for Star Wars. It found success without one, so perhaps it’s a good thing everyone forgot the tagline the marketers settled on during premiere week: “A Boy, A Girl, And A Universe!”

The World Has Lost The Original Chewbacca