How many times have you found yourself putting in an honest day’s work and suddenly being caught up in a one man mission to rid the Earth of other dimensional demons (for lack of a better term)? Not nearly enough, you say? Then Driven, the quirky adventure film from writer/star Casey Dillard is a film that’s sure to entertain. 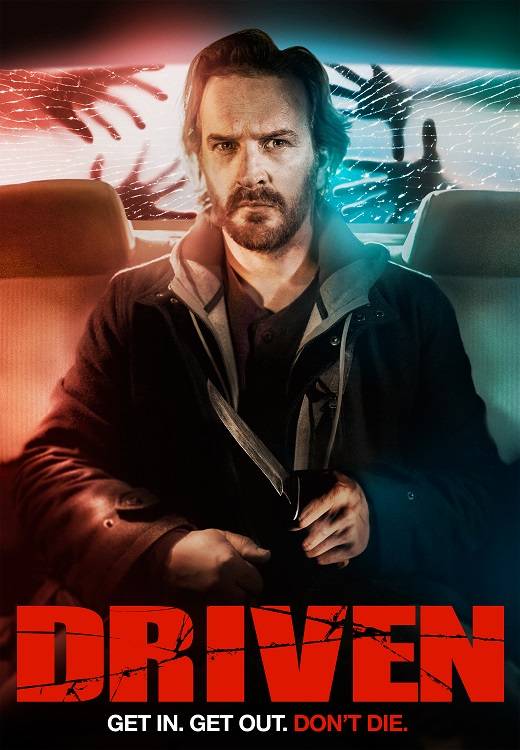 It’s hard to say whether the makers of Driven intentionally chose such a generic title for their film as a means of removing any audience expectation about the content of their story or as a blatant misdirect designed to create surprises at every turn, but either way Driven is not what you think it is. 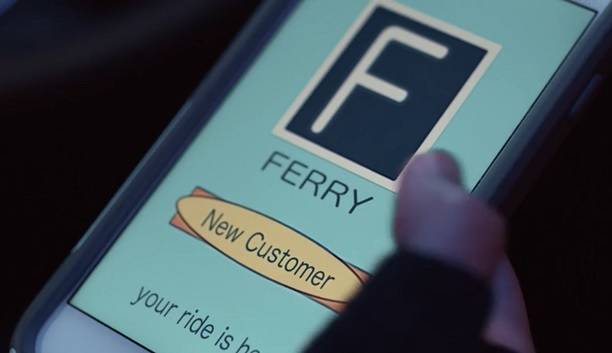 As the film opened on an Uber style driver taking a series of fares at night, I immediately rolled my eyes at the prospect of having to review another indie film commenting on how we as a society are trusting random, non-commercially licensed strangers to safely transport us to our destinations. The bar for Driven to catch my interest was already unbelievably high. 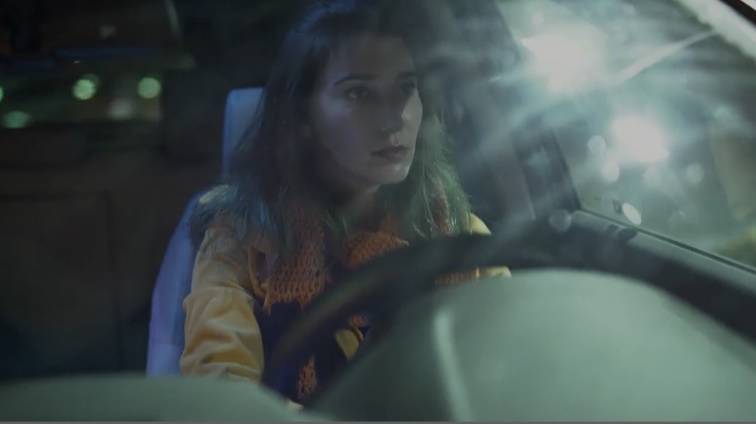 Even with this assumed bias towards the film, I could already point to Casey Dillard in the role of the driver, Emerson as a capable and engaging lead. Her reactions to the patrons entering her car in various stages of sobriety or general weirdness was enjoyable, as was her penchant for working out sections of her as yet unused stand-up routine in between pick-ups. As an amateur podcaster of many years, I myself have been given to working out bits for upcoming recordings during long drives, entertaining no one but myself and as a result I could definitely relate. 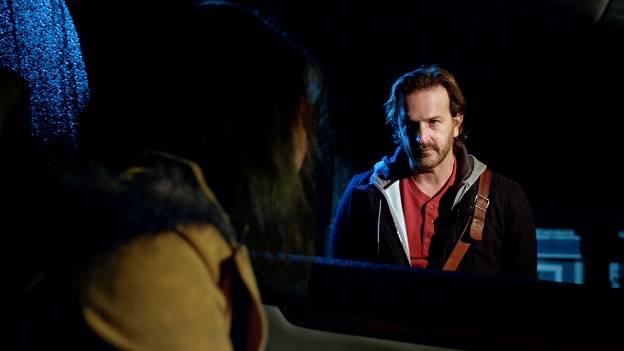 Even several minutes into the film it was unclear just what shape the story was actually going to take. Was it a comedy chasing the well-worn trope of weird passengers in paid vehicles? A whimsical character piece about a nuerotic driver? Or destined to take a horrific turn? I was betting on the latter and as soon as Richard Speight Jr. arrived in the backseat, I was almost certain I had called it. 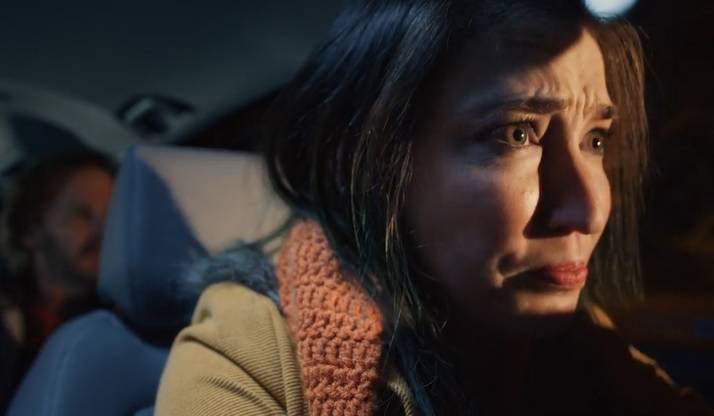 As the initially unnamed and impatient passenger, Speight gives off an heir of arrogance, which quickly transforms into serial killer vibes as he begins asking to be dropped off at various residences, each time returning to the car with a more desperate tone. I could almost see Emerson’s blood splashed upon the dashboard in my mind’s eye. Then an amazing thing happened, it got weird. 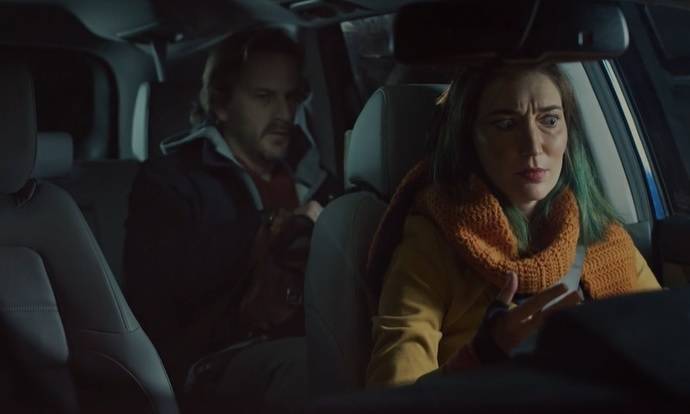 Not just weird. Suddenly Driven was funny, quirky and interesting, which was the best kind of surprise. This turn instantly washed away all my cynicism, as Roger (Speight) was forced to reveal that his true mission that evening was not the murder of innocent victims, but a plan to rescue the world from demons (for lack of a better term). That follow-up statement becomes a running gag in the film, which endears the audience to our pair of unlikely heroes as the deaths and details begin to unfold.

Driven is not simply a horror-comedy, in that it eschews standard horror film structure, instead it feels like it’s created it’s own category of “Mismatched Horror Buddy Quest”. Speight and Dillard have a great chemistry as they bicker about the overall madness of the situation that has brought them together. 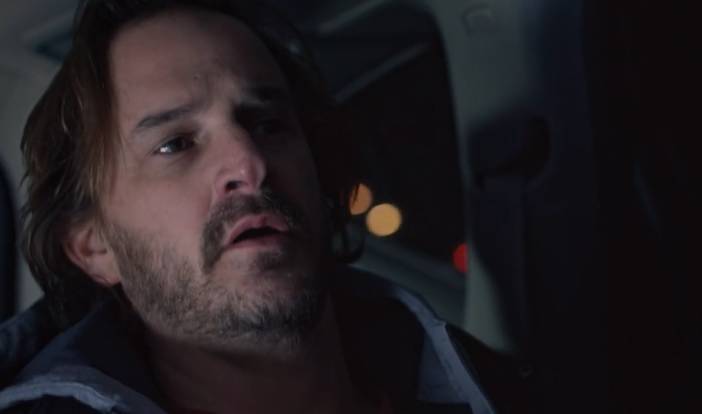 Roger is the socially awkward would-be hero, focused solely on ending a family curse which unleashed these dark entities into our world and allowed them to possess the bodies of the innocent for decades. The use of standard manners do not fit into his timeline. 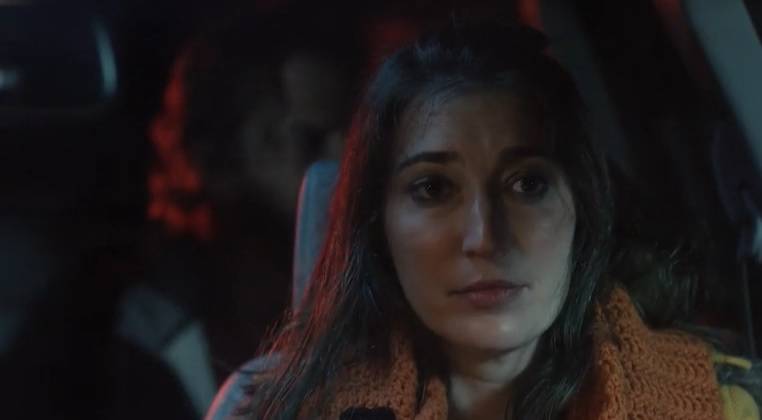 Emerson on the other hand is a hippy dippy would-be stand-up comedian, spraying various all-natural scents into the air to brighten the aura of the car. While it seems odd that she would allow herself to be drawn in by such a wild explanation for why the world is full of messed-up a-holes, for some reason her desire to be a part of something bigger and general concern for humanity keep her behind the wheel. At first Emerson is incredulous about the truth of her passenger’s declarations, as are we the audience, but soon the cold hard facts are proven in sudden, if not terrifying interactions with the possessed. 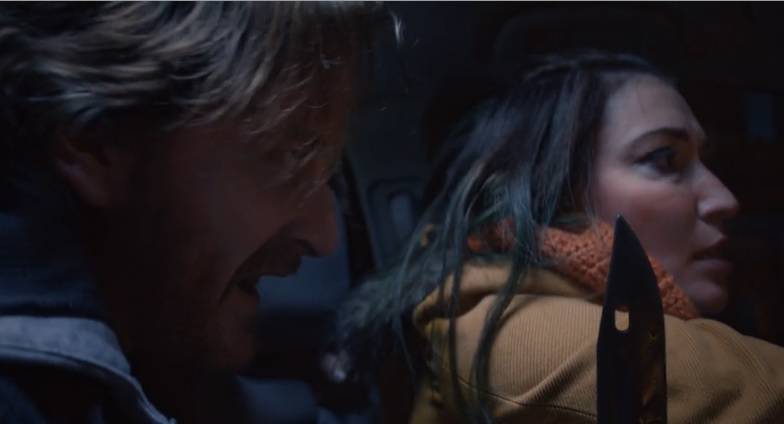 The plot plays out nicely as the duo get to know each other en route to various encounters with the dark entities and in Emerson’s case, a run-in with an ex-lover who’s back in town. There are shades of Zombieland as certain rules for how to defeat the demons (for lack of a better terms) are mansplained by Roger, but really the script shines brightest as the pair confide and deride each other’s insecurities. 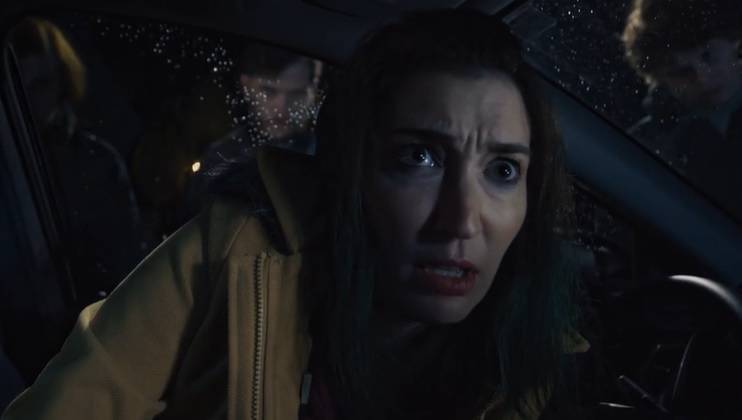 Driven is far from a stylish film, but the bare bones aesthetic helps to add a layer of reality to a fantastical story told within the constraints of a budget that does not really have to ability to wow the viewer with any sort of special effects. Instead it focuses on the strengths of its tight dialogue and two charismatic leads. 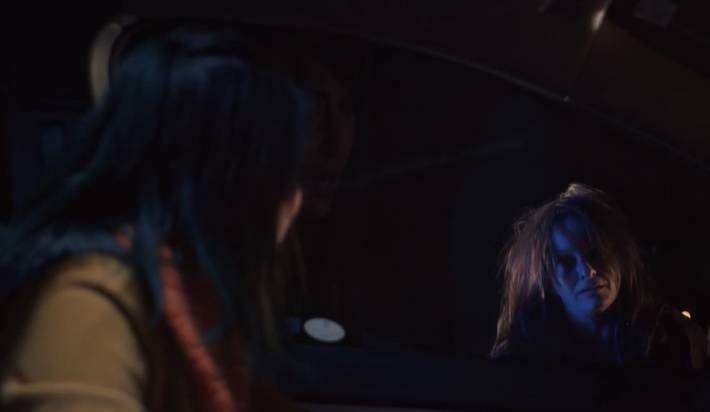 All in all “Driven” is the story of an unexpected road trip over one crazy night, which just happens to involve demons (for lack of a better term). Rather than try to use this film as a starting point for a larger movie franchise or a long-form pilot to launch another basic cable adventure series, the filmmakers opted to wrap up all the personal and supernatural plot elements by the film’s end in a very satisfying way. in this day and age, it’s nice to have a self-contained movie experience. 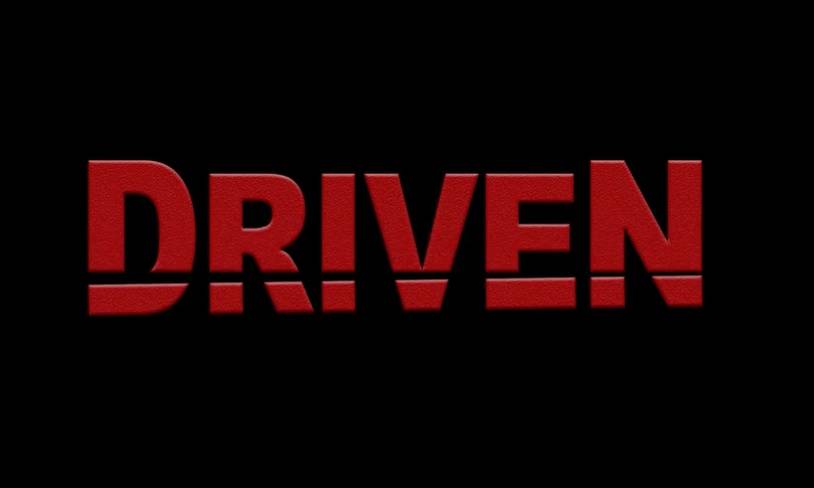 As mentioned before Driven will subvert your expectations at every turn, but as a means of providing a fresh and fun viewing experience. I can definitely recommend that you seek out Driven as a unique movie to watch this month. It’s sure to give you a smirk, if not some genuine laughs.

Driven will be available on demand and in DVD format on June 16 from Uncork’d Entertainment.