If there’s a consensus among Dishonored fans, it’s that 2 1/2 video games weren’t enough. The world Arkane Studios created was so rich and full of detail that it could have supported many more stories, but Arkane has moved on to other projects, and so has publisher Bethesda…the best thing anyone can do is make their own stories up. Luckily, a tool is coming to help you do just that!

The Dishonored RPG comes in the form of a heavy 300-page hardbound book and a set of 20-sided dice. It was created by Modiphus, the tabletop veterans who have translated The Elder Scrolls, Star Trek, and Conan the Barbarian to the RPG scene.

Within the book’s pages you’ll find everything you need to know about the Empire of the Isles and how to create your own character, from the lowliest bum to the highest-ranking official. Actual characters from the games are also possible, including Corvo and Emily, which…might be unfair given that they’re the most stealthy, powerful and deadly people on the entire continent. Good thing they’re on our side. (Or are they? It’s up to you…) 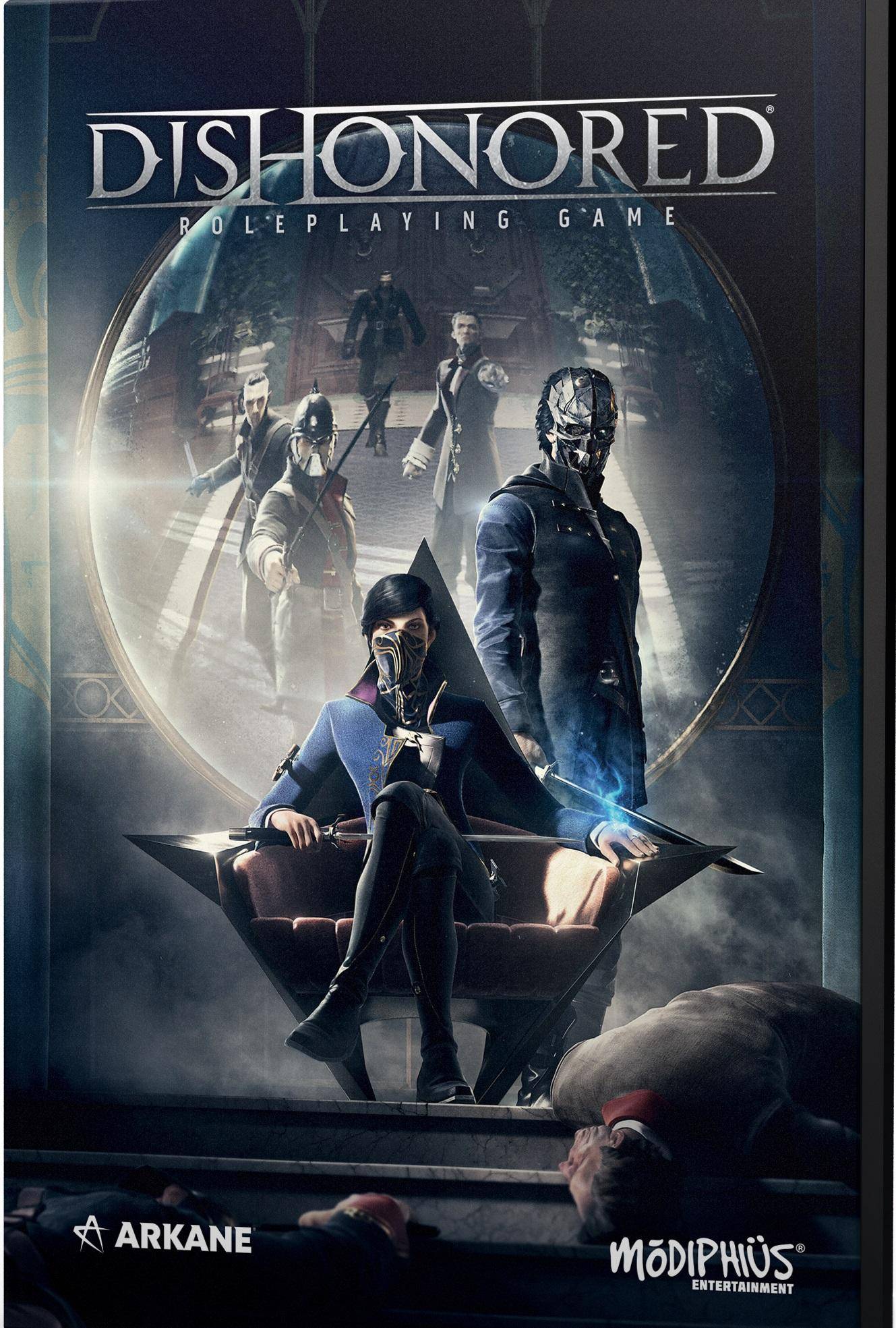 “I’ve been a fan of the Dishonored series since its first trailer gave us a sneak preview of the dark side of the world,” Modiphius co-founder Chris Burch said to Polygon. “We designed the game to be really accessible, so video game fans who don’t usually play tabletop games will have an easy time of creating their own character, learning the game, and playing through their adventures.”

I would be torn between playing as Emily and playing as that one Grand Guard member who appears on every street and says “DAMMIT I NEED TO PEE” every thirty seconds. The Dishonored tabletop game will arrive in the summer of 2020.