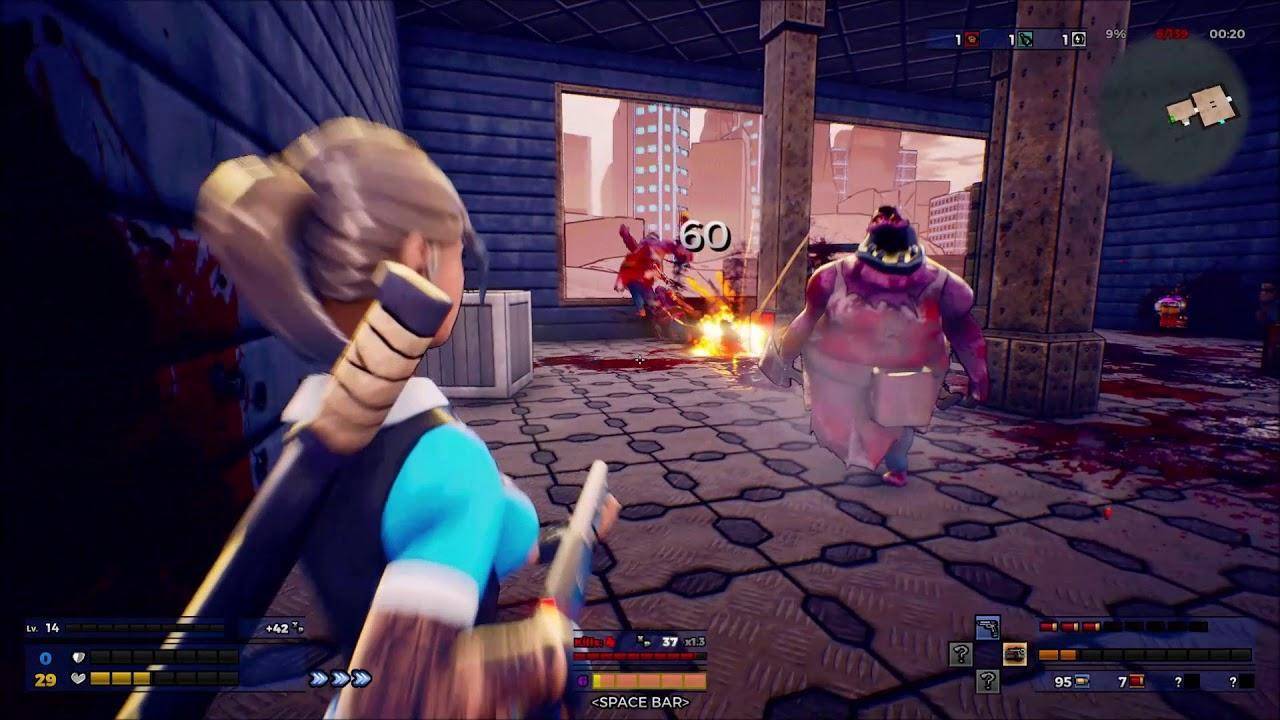 What you need to know is that it’s the future, dimensional portals have opened up all over the world, and horrible monsters are crawling out of them. Standing in their way are “Drifters” — humans with special abilities of unknown origin. You play as one, and the story is how you make it — there are multiple branching narrative paths as you progress.

The game borrows much from Doom — at its heart it’s a mindless gory shooter with endless waves of demons coming at you — but it utilizes randomized rooms and item placement so that no two games are the same.

Dimension Drifter is still a work in progress. It was released to Steam Early Access September 26 and is the product of one man, Paul Schneider of Blue Eagle Productions. “I’m pouring all my heart and soul into this project and I love playing it and working on it,” says Paul. “Now is the time to get the community involved! Please tell me what you think of the game and help me as much as you can with your feedback and ideas to make this game as awesome as possible!”

There is no planned price increase (or decrease) for Dimension Drifter once it’s completed, so feel free to dive into the Early Access version. It costs $19.99 on Steam.

The Surge 2 Reveals PS4 Pro And XBox One X Enhancements