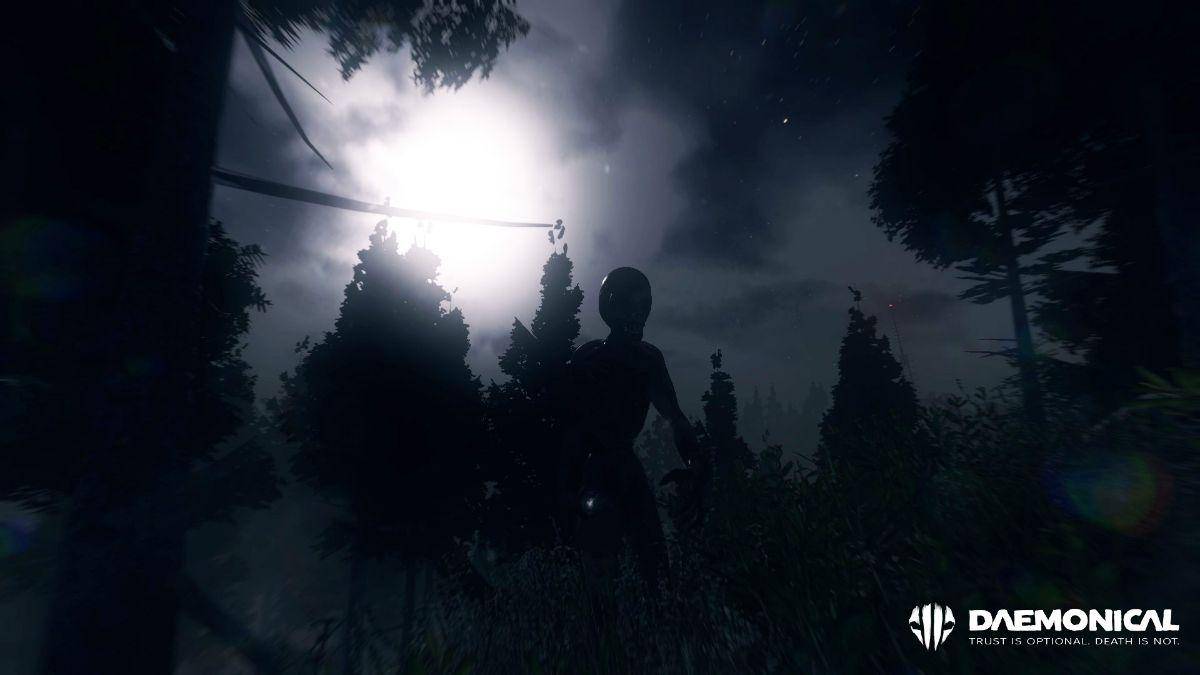 Good news for fans of multiplayer survival horror: Canadian studio Fearem has almost finished their first publicly playable version of Daemonical! If you’re familiar with the Friday the 13th video game that appeared on Steam last year, Daemonical has a similar concept. One plays the demon, the others have to avoid him.

The humans can choose to attempt to hide from the demon, or they can track down weapons and tools to defend themselves. A larger strategy is to team up and find bone fragments scattered all over the island — uniting them all will defeat the demon, but it’s not so easy to complete this quest without alerting it.

Set on a remote island up to five players start what is a scary and immersive struggle to stay alive in a ‘match’ for survival that starts at 4PM, followed shortly by a demon transformation occurring, which is randomly selected from the group of players. No one knows who the demon is, even the demon himself, until it is time to transform! The air is crackling with tension and the Island seems abandoned, but was clearly inhabited in the past, with many ran down and desolated shacks and houses left around it. There is a strange and compelling mystery around the island and its past, but that is shrouded in a deep and uncomfortable story to be unravelled at a later date.

In May Fearem held private alpha testing for Daemonical, with a selected 2000 players chosen to try out an early build. Fearem has now taken the lessons from that version to create this updated Early Access release. Further refinements will be made as the game creeps closer to a solid release date.

Trust is optional….death is not. You can try out Daemonical today for an entry price of $14.99.

Battery Jam Launching In Full on Steam On May 17th