In a time where video games often seem to be pushing for the titles of “best-looking”, most “details in the world”, or a “deeply satisfying and emotional experience”, we often forget that sometimes the best games out there are the ones that do something simple, and do it very well. There was a time when twin-stick arcade shooters were the most-challenging video games out there, and now, one new example of the timeless franchise has come in the form of Chippy.

As noted, this is a twin-stick arcade shooter (though you can play it fairly well on keyboard) where you’ll need to literally chip away at your enemies. Or in this case, the boss of the level. And it is in this simplistic notion that things get both fun and challenging. You see, not unlike certain video games, Chippy is basically a “you vs. the boss” title. With the twist that every time you “kill” the boss, they evolve to become something greater. And you have to start all over again.

Now, this “evolution” doesn’t happen every time, but you do have to go a few rounds with the boss to clear the level. And if you die even once, you have to start over. 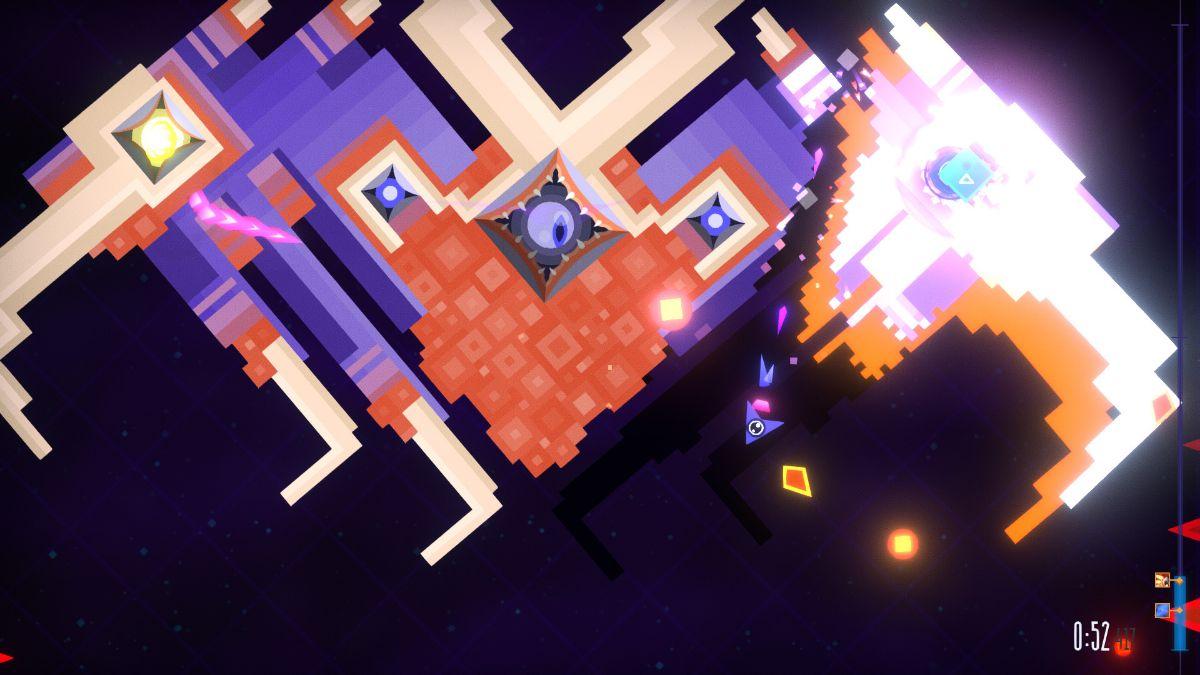 And that’s where the craziness begins. Because to kill the boss you have to hit a certain “core” on its body (in the above picture it’s the thing that looks like an eye). However, often times these bosses will have items on their person that shields their core. So you have to reach them to destroy them and then destroy the core. BUT, all of those things are protected by the body itself. So you have to chip away at the body bit by bit in order to get what you need to be destroyed, and then destroy the boss itself.

All the while, the boss isn’t standing still, it’s moving and firing all sorts of unique and varied attacks meant to keep you on your toes. From basic lasers, to orbs of pure energy, to literal bubbles that you’ll bounce off of, you’re going to have to pay attention and dodge a lot of objects in order to hit your targets.

Thankfully, Chippy doesn’t just leave you high and dry, for as you advance through the stages of killing the boss, you’ll be granted the chance to choose special power-ups. Including a shield (and you’ll want many layers of shields in this game, trust me), a turret that’ll fire its own bolts in the direction you’re facing, a “repel” ability that’ll push all the bolts and lasers away from you for a small bit of time, slow-motion, and much more.

The key here is to make sure you pick the skills that you know you’ll use, and use well. I.E. making sure you have the max amount of shield at all times because if you don’t, you’ll be dying quickly. Or, having the skills to give you breathing room to avoid tightly packed scenarios. 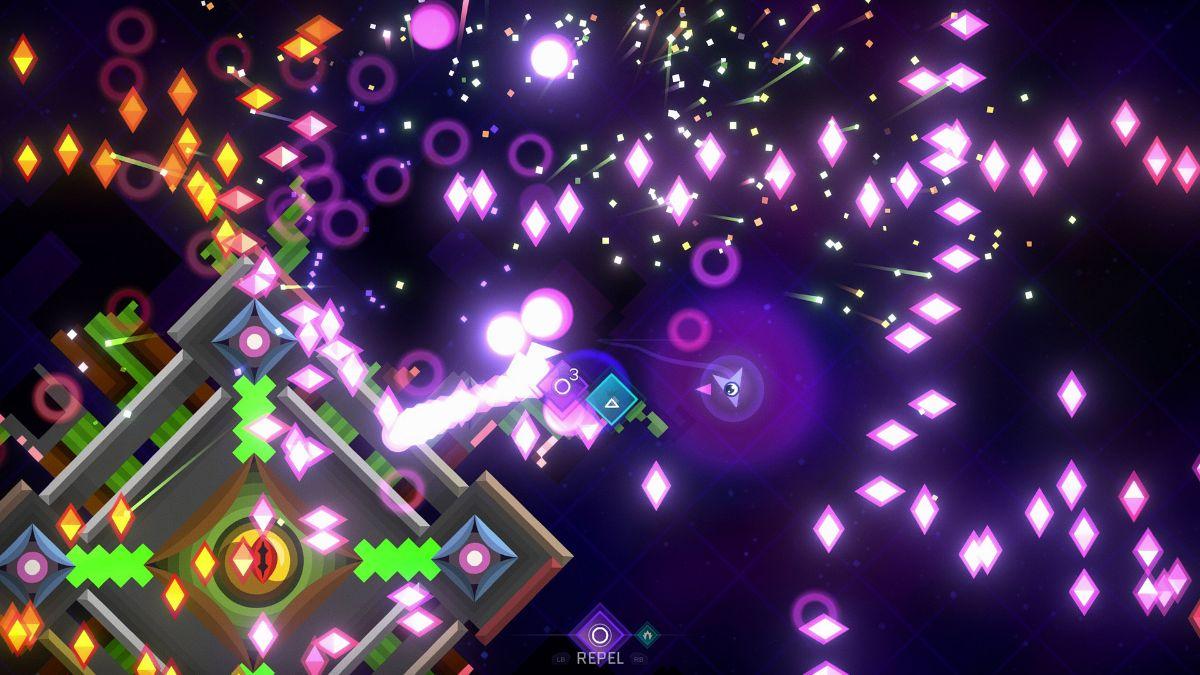 As you progress through the bosses (14 of them), you’re going to see a lot of personality and variety in them. Each of them talk, but in their own way. What’s more, the lengths that they’ll go to protect themselves and try and kill you is unique. Which is what it should be, but it could’ve easily gotten stale with the nature of the game how it is. Thankfully, it didn’t.

All that being said, I feel compelled to note that this isn’t a game that you should play if you’re looking for a relaxing experience. Chippy is meant to be played as a title that pushes your skills to the limit. So much so that your “skills” are shown in a leaderboard at the end of the level regardless of whether you win or lose. You can even see how you compare to your Steam friends should they have the game and progressed through the levels.

You will die, a lot, especially if you’re too focused on one goal to see the swarms of enemies and lasers all around you. And that’s fine, that’s what the team wanted, to create a game that is difficult to play but satisfying to complete. And though it did take me a bit to get the hang of it, when I complete that first level after struggling for a while, it was satisfying. 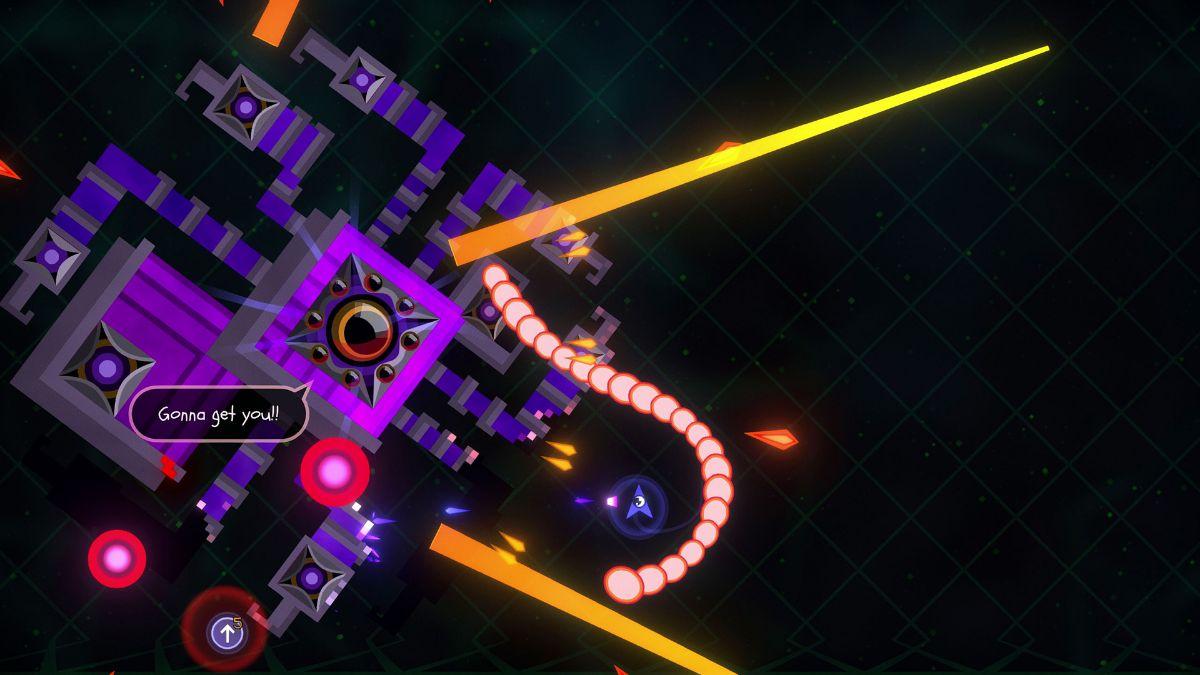 If there is a fault I have with the game, it would honestly be that the game is made for a controller and not a keyboard. Granted, you can customize the keyboard so that the scheme fits your style, and I’m grateful for that, but even the game before you start says that a controller is recommended. I know a lot of people don’t have controllers for their PCs, so it may hurt them in the long run, especially when it comes to the “Brake” and aiming controls.

Also, while the difficulty is known from the beginning, sometimes levels just get way too congested with enemy gunfire. So much so that even when I’m paying full attention to the board itself, I still can’t dodge everything in time and thus lose a shield and that can leave me scrambling.

Still, even with these faults, Chippy remains a great example of what an old-school twin-stick shooter can be like in this modern age of gaming. For those who want this retro style to enjoy once again, this one will give you what you want and more.