The first question you probably have is why it’s called Chippy. In each stage you’re presented with a massive boss, and the only way to defeat it is to chip away at it. Keep shooting and you’ll break off parts of its outer shell, getting closer and closer to its core. Meanwhile all sorts of things are shooting glowing energy balls at you, which you must dodge whole keeping your eyes on the prize. 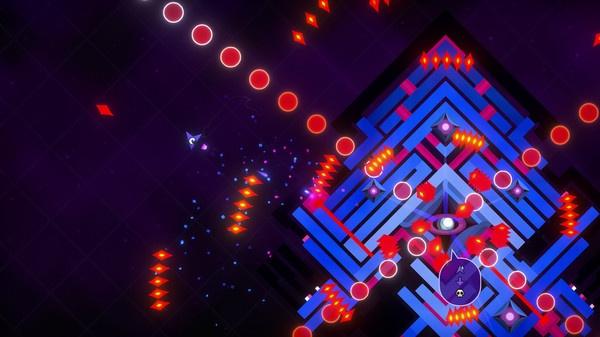 Chippy is a twin-stick bullet-hell shooter. This elegant arcade game, brought to you by the developers behind cult favourites Rust and Garry’s Mod, presents players with competitive challenges, with the aim to dodge, shoot and ultimately destroy 14 multi-form bosses, fighting their way to the top of the leader-board. It’s fast. It’s difficult. You’ll die a lot (Facepunch want you to).

Third Teaser For The Return Of Veronica Mars E3 2019: Scope Out These Wacky Switch Controllers