How do you know when a video game console has truly arrived? When has it truly been accepted as a success by the gaming public? If you ask me, it’s the point when they make a controller for your console shaped like a Dragon Quest Slime. 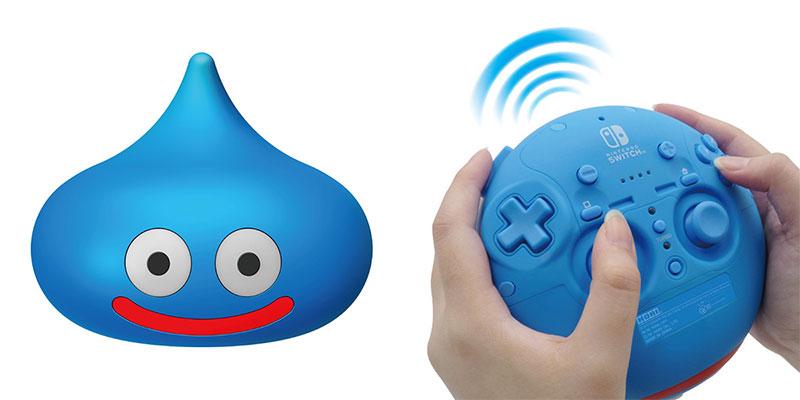 The Slime Controller, manufactured by Hori, first appeared for the PS2 and models have been made since for other models like the PS4, and as of the latest E3, the Switch. You can keep it in its packaging, where it will peer out at you while resting on a grass pattern like an encounter. But it will also work as a controller and it does everything the Switch Pro Controller does, including HD Rumble and motion control.

The Slime also comes with an optional cardboard stand to make your Switch look like a Dragon Quest treasure chest: 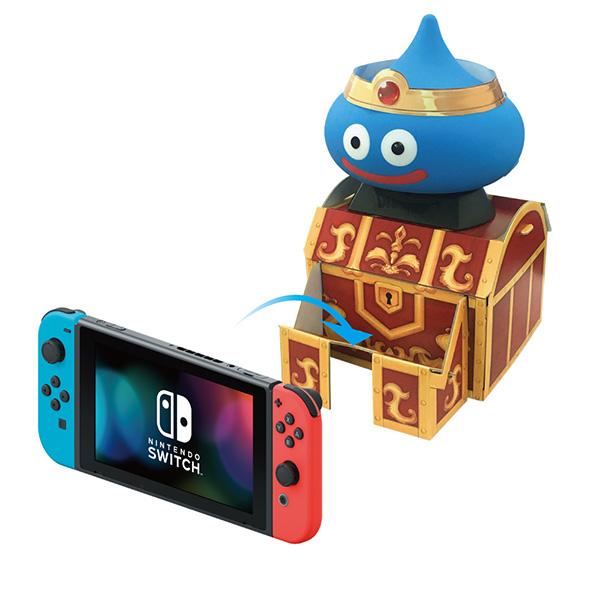 Complete with a little crown for your Slime. Too much is never enough.

In other controller-related news, when the detachable Joy-Cons were first revealed to the public, a lot of people wondered about the potential to place alternate controllers there. The possibility hasn’t been exploited very often — Nintendo themselves have only done it once, with the optional NES Joy-Cons you can order if you subscribe to Nintendo Switch Online.

Well, we’re finally hearing about a game that uses its own controller (albeit an optional one): mech brawler Daemon X Machina. Big beefy side attachments, also made by Hori, hook to the side of your Switch and give you specialized controls for this specific game. Its features include giant control sticks, extra “Assign” and “Turbo” buttons, and a trigger button on the back side which can be mapped to any function. 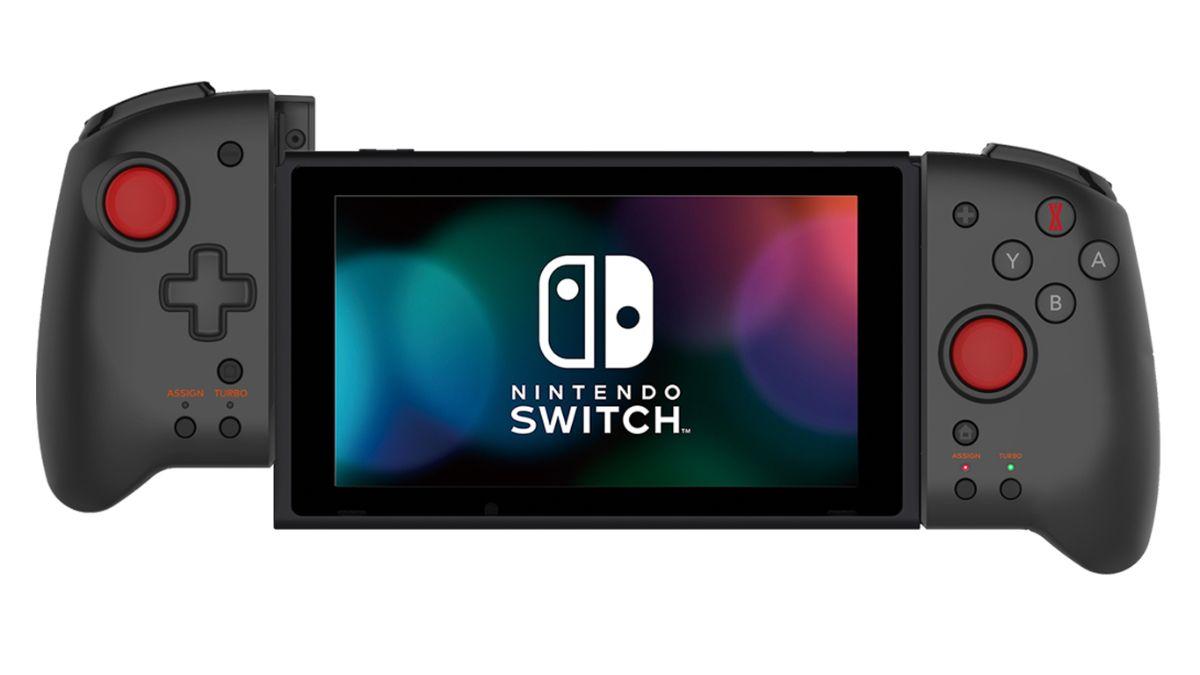 You can use the Grip Controller (its official name) for other games as well, but it may not be compatible with everything — there’s no rumble, gyro, or any of the other bells and whistles the Joy-Cons have. (It’s got nothing on the Slime.)

Hori confirmed a US release for the Grip Controller today; you can preorder it on Amazon. It will be out September 30 for a price of $49.99.