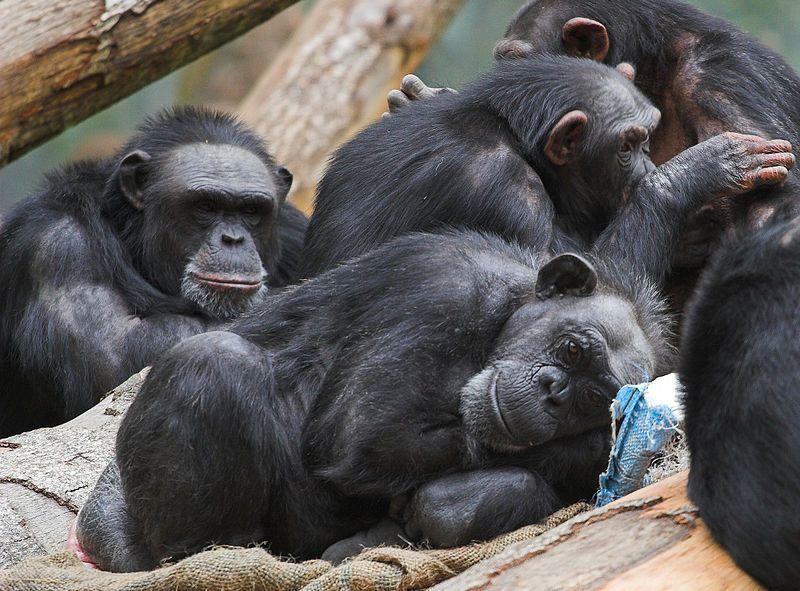 Previous experiments with chimps have found that they generally prefer silence over music, but it turns out that maybe scientists were simply playing the wrong playlists.

Chimps don’t like Western music. That much has been shown by previous studies that focused on playing them that type of music. And a new study found they aren’t big fans of Japanese music, either.

But when played African or Indian music in their enclosure, a recent study found chimps gravitated toward the areas where they could best hear it.

The study wasn’t meant to show some cultural bias or animosity toward Kelly Clarkson in chimps, but to investigate how they respond differently to varied musical patterns that are common in cultural music.

“Our objective was not to find a preference for different cultures’ music. We used cultural music from Africa, India and Japan to pinpoint specific acoustic properties,” said study coauthor Frans de Waal, PhD, of Emory University. “Past research has focused only on Western music and has not addressed the very different acoustic features of non-Western music. While nonhuman primates have previously indicated a preference among music choices, they have consistently chosen silence over the types of music previously tested.”

Specifically, the Japanese music the chimps hated, like Western music, had regular, strong beats. The African and Indian music had extreme ratios of strong to weak beats. It’s possible that chimps interpret a good thumping beat as a threat.

So now you know what to spin if you’re going to DJ a chimp party, but what’s the broader impact? The researchers say studying chimps may help us understand how humans came to appreciate music.

“Chimpanzees displaying a preference for music over silence is compelling evidence that our shared evolutionary histories may include favoring sounds outside of both humans’ and chimpanzees’ immediate survival cues,” said lead author Morgan Mingle, BA, of Emory and Southwestern University in Austin. “Our study highlights the importance of sampling across the gamut of human music to potentially identify features that could have a shared evolutionary root.”