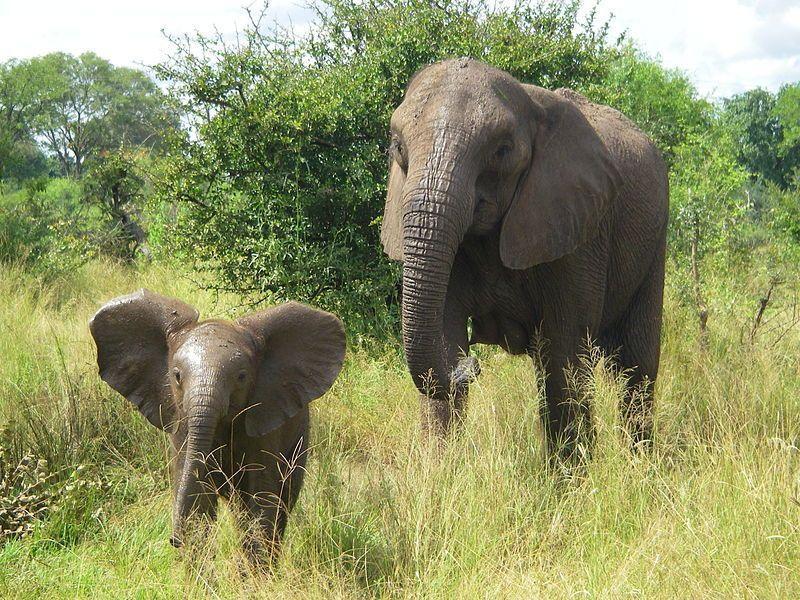 Scientists at the Georgia Institute of Technology have been watching animals pee.

For science, not because they’ve joined an interesting new fetish community.

And they’ve come to an interesting conclusion. All animals over about 6.6 pounds get their bladders emptied in about the same time, 20 seconds.

That means that even though the mighty elephant has a bladder 3,600 times larger than a cat, he can empty his enormous 18 liter bladder with firehose-like force to get it done at the same time.

“It’s possible because larger animals have longer urethras,” said David Hu, the Georgia Tech assistant professor who led the study. “The weight of the fluid in the urethra is pushing the fluid out. And because the urethra is long, flow rate is increased.”

And there’s a very good reason to have a longer urethra, and thus a more pressurized stream, the bigger you get.

“If its urethra were shorter, the elephant would urinate for a longer time and be more susceptible to predators,” Hu explained.

The scientists watched 32 animals pee to come up with their conclusions. What they found was, contrary to the idea that bladder pressure is controlled by muscle contractions, it’s actually gravity acting on the weight of the fluid that helps larger creatures quickly go see a man about a horse.

“It turns out that you don’t need external pressure to get rid of fluids quickly,” said Hu. “Nature has designed a way to use gravity instead of wasting the animal’s energy.”

Smaller animals don’t have much urine for gravity to act on, so they just shoot out the few drops they have super quick.

Hu sees this connection between gravity and sweet, sweet relief as big news for engineering. It might be possible to build water tanks and hoses that can use this trick to build pressure more efficiently. The team has come up with an experiment that uses the idea to drain three differing volumes of water in the same time span, shown in the video above, to demonstrate the possibilities.