You’d think after nearly ten years of films set in one universe that Marvel would be running out of ways to tell good stories, or that the “origin stories” of their heroes would be getting old. Yet, with the arrival of Black Panther, we can happily say that it’s not the case. This is a very special film that definitely belongs here in this place and time. It makes good on its premise, and makes great use of its characters, all the while, making up for some of the shortcomings of other Marvel films.

Set after the events of Civil War (a week after if the news footage is to be believed), T’Challa returns home to become the King of Wakanda, a super advanced nation that just so happens to be the source of all the Vibranium in the world. But, just when he finds himself settling in, some disturbing truths about both his kingdom and his family come to life, and his world is shattered in many ways.

While this may sound like a “typical” story, Black Panther delivers it in a very special way. For example, a good chunk of the film (which is over two hours long) is spent building up not only T’Challa, but his world. We meet his chief bodyguard, his ex-girlfriend, his mother and sister, the council that serves the king, his rivals, and more. We learn the ins and outs of Wakanda long before the real dangers ever come knocking on their door. It’s a bold approach, and while not all of it works, it does pay off by the time the film ends.

Chadwick Boseman again performs magnificently as T’Challa. He was my MVP of Civil War, and he again rules here. He shows the compassion that a ruler should have, but also the heavy hand that a ruler must have at times. But even then, he always fights for the better option, even if that means going against what his people would have him do. 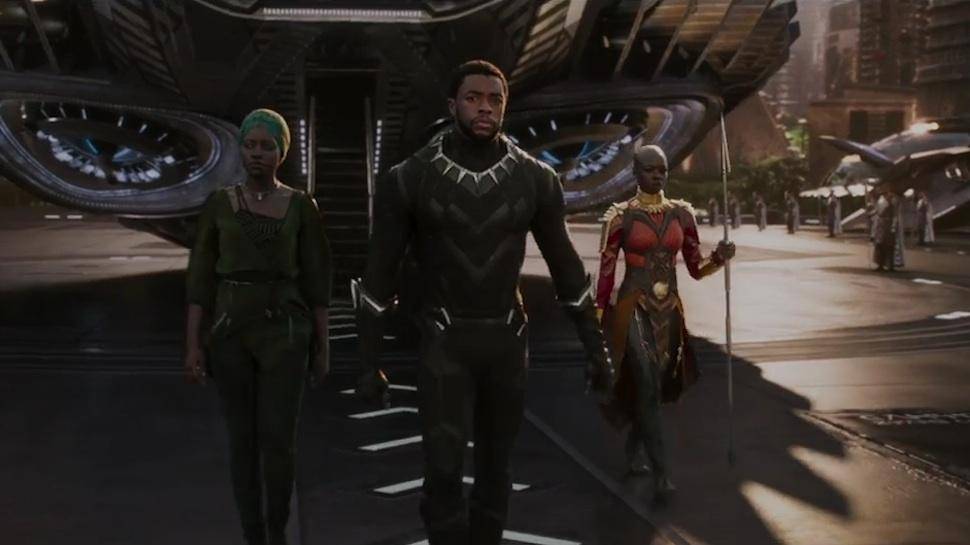 Yet, what might be the best part of the film is the supporting cast. This is without a doubt the deepest supporting cast in any Marvel film. And that’s saying something when you really think about it. There are many key characters here, and we get to meet them all, and we get to see them all shine in one way or another. A couple standouts are Nakia, who loves T’Challa, but doesn’t love the isolationist tendencies of Wakanda as a nation. Then there’s Shuri, the technological wonder who still very much acts like a child, and isn’t afraid to show it.

Then there’s characters like Klawe, played by Andy Serkis, who once again proves that you can have fun while doing certain roles. And Everett Ross returns (having debuted in Civil War) and actually has something to do this go round, and it stands out.

I mention the supporting cast because later on in the film, Wakanda is divided, and because you know all the key players and their relationships within the kingdom, it feels like a true Civil War (and far more believable than the conflict in the film Civil War, I’m just saying). For example, two of the characters are in love with one another, yet they take different sides in the conflict, and that makes them wonder whether they’d be ok with striking the other down.

It’s these moments that really help Black Panther stand apart from other Marvel films. Which brings me to the visual effects. The film is literal with visual effects spectacles that’ll truly boggle your mind, and that’s perfectly alright. Now, yes, some of it doesn’t get a bit wonky, and sometimes the CGI isn’t as smooth as Marvel might want you to think, but overall it’s really pretty to look at.

The music is also something special, there are modern songs in here, sure, but the film isn’t afraid to go tribal in its sound pieces. Which also goes for the look of Wakanda and its people. For though they’re a technological marvel (ha ha ha), they embrace their African heritage, as they should, and it creates a nice culture clash, but one that definitely works. 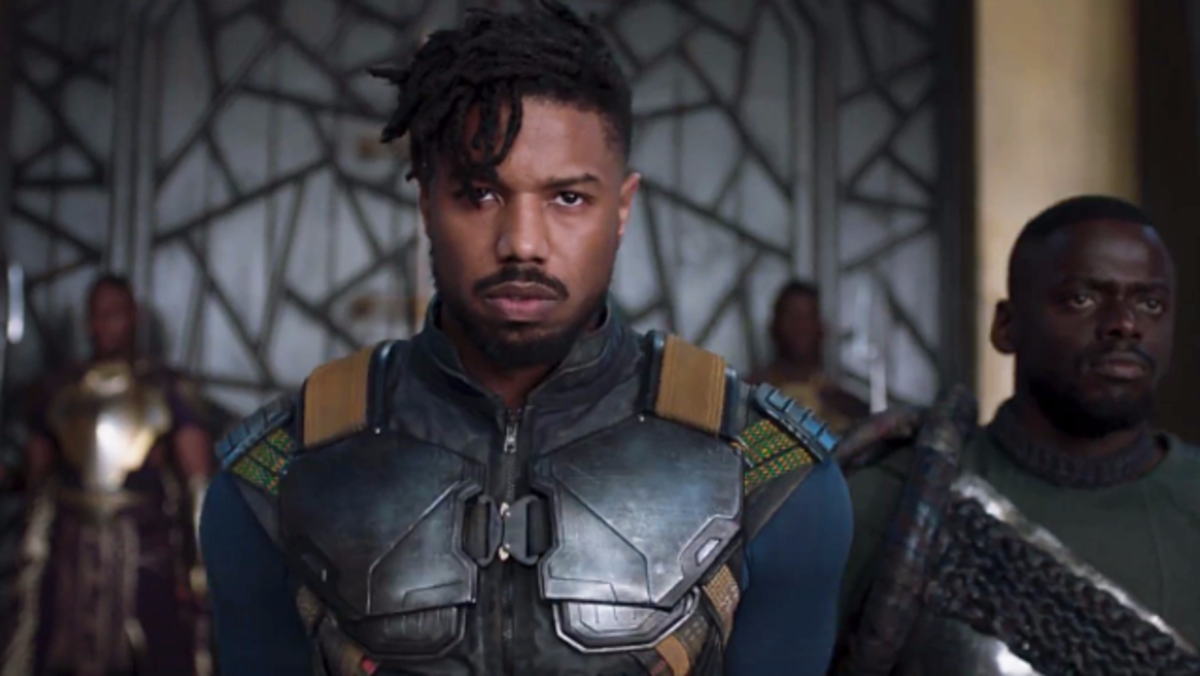 And then, there’s Eric Kilmonger, who easily brings one of the most imposing and sympathetic villain performances the MCU has ever seen. You might think he’s one kind of villain at first, but as his layers get revealed, you truly understand exactly what he’s doing. And in truth, that makes him all the more imposing. While T’Challa is very traditional, Kilmonger is a product of where he was raised, and that reflects in how he speaks to everyone. His battles with T’Challa throughout the film are very intense, and it gives it a true rivalry feel.

Finally, the comedy. As I noted in my Thor: Ragnarok review, sometimes the comedy can be a bit too heavy in Marvel films nowadays. Thankfully, Black Panther took a much more natural approach to things. The comedy feels real, and sometimes it pokes fun at itself in the right way. The best barbs though come from Shuri, who delivers every joke perfectly.

Now, all of that being said, there are a few issues that need to be addressed. The film takes a while to get going, and that kind of hinders things at points. What’s more, there’s a key scene that is meant to be very impactful, yet you know it’s a feint, it’s not even a question. And though you’ll like how the civil war in Wakanda goes, you know how it’s going to end.

Still though, despite all that, Black Panther shines as a powerful film, and easily one of the most visually breathtaking films in the MCU. One piece of advice, make sure you stay for at least the first end credits sequence. It could be the most socially relevant scene ever done in a Marvel film before. And it’s a testament to how important characters like T’Challa and others in the fiilm are needed in this day and age.