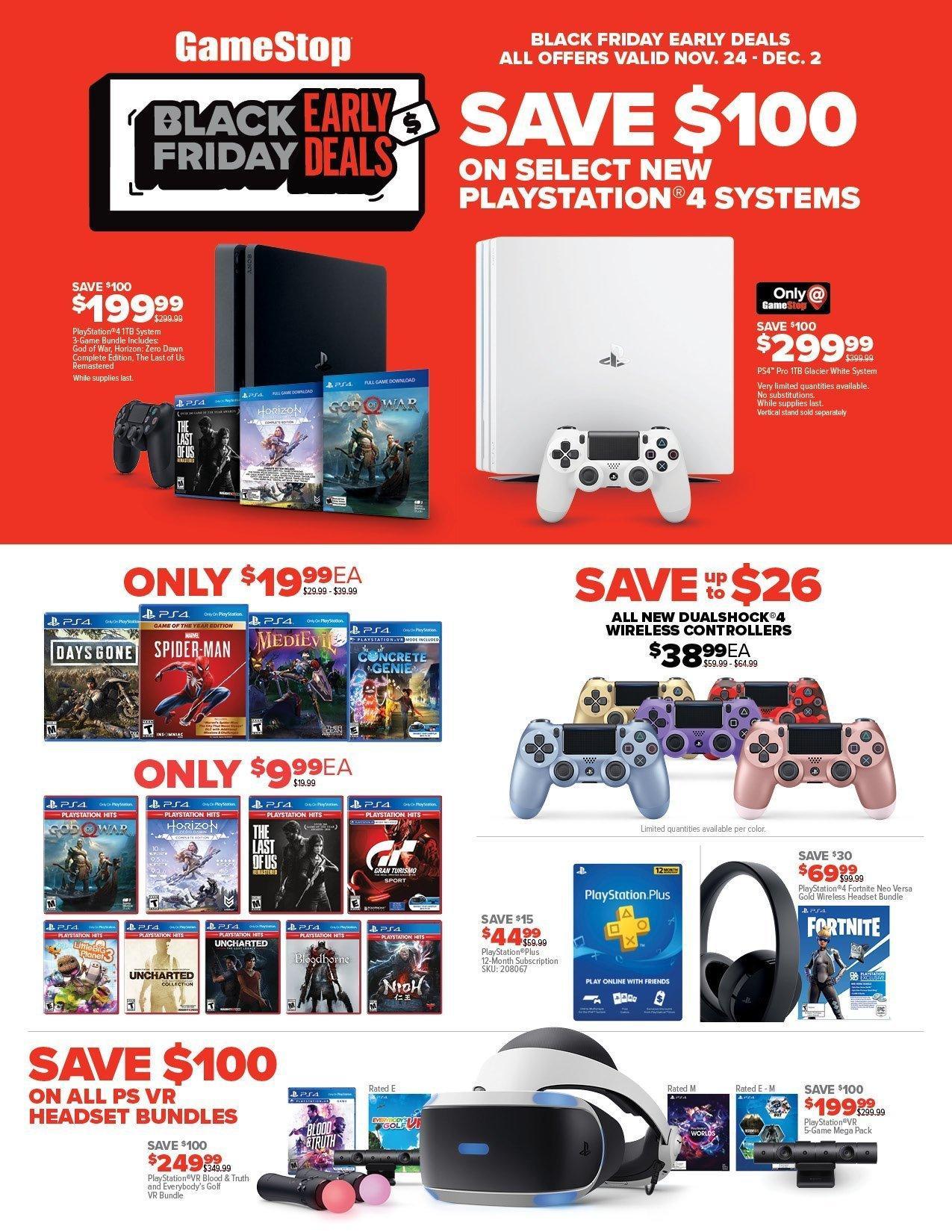 Who knows how many Thanksgivings Gamestop is going to stick around for, but they’re here for this one…kind of.

By that we mean their flyer, released today, is shorter than the circulars of its competitors, offers less, and covers a longer stretch of time than just Thanksgiving weekend (November 24 through December 2). Is Gamestop even participating in Black Friday specifically? Maybe they’re just like “screw it, we’re dead in the water anyway.”

If you bother to go, here’s what you’ll find: the 1TB Playstation 4 with the three included games (every store has this) for $199, and the $149 XBox One S with its own three titles (every store has this too). However, Gamestop is the only outlet that is advertising a sale on the PS4 Pro; It’s $299 there, while it’s $399 everywhere else. They also have an exclusive on a $349 XBox One X that comes with the awful NBA 2K20.

In terms of games, Gamestop is offering the entire Playstation Hits line for just $10 individually; this includes all the Uncharted titles, the PS4 games that are also in the console bundle, Bloodborne and Little Big Planet 3. Some XBox One games will be 50% off including Gears 5, Sea of Thieves, Forza Horizon 4 and Crackdown 3. There is no mention of a used game sale, and that’s highly unusual behavior for this company. Are they feeling OK?

Gamestop is increasingly filling its inventory with merchandise, not games, and this year their sale is rather unconventional: they’ll give you a bag and offer 25% off every toy, figurine, T-shirt and tabletop game you can fit into it. Also, they’ll charge you $4.99 for the bag, which will probably bring the overall price back up to where it would have been. We’re not gonna miss these guys.