At Last: Scott Pilgrim Vs. The World Gets A Physical Release

Ask any collector of physical games and they’ll tell you: Scott Pilgrim Vs. The World: The Game is the one title that should have been given a physical release when it came out on the PS3 back in 2010. Viewed by its publisher as a mere promotional tie-in to the movie (which came out at the same time), the game was digital-only back when that meant certain doom by deletion. After its removal from online merchants in late 2014, it not only became impossible to buy, but impossible to re-download. The only way anyone could play it was if they owned a console that already had the game installed on it.

Last fall Ubisoft and Universal announced they were finally caving in to fan demand and re-publishing Scott Pilgrim Vs. The World on modern systems. But what about that physical release? Don’t make the same mistake twice, you guys! Ubisoft said they had nothing to announce at that time. We’re relieved to report now that, one week before the digital re-release on PS4 and Switch, a physical from Limited Run will be made available for preorder. Phew!

If you’ve followed Limited Run on Twitter then you know “When are you publishing Scott Pilgrim Vs. The World” is THE most common question they have gotten since their business first started. Their profile jokingly says “It has been 0 days since someone asked about Scott Pilgrim.” To make it up to all those people, they’re whipping up a Collector’s Edition for the ages… 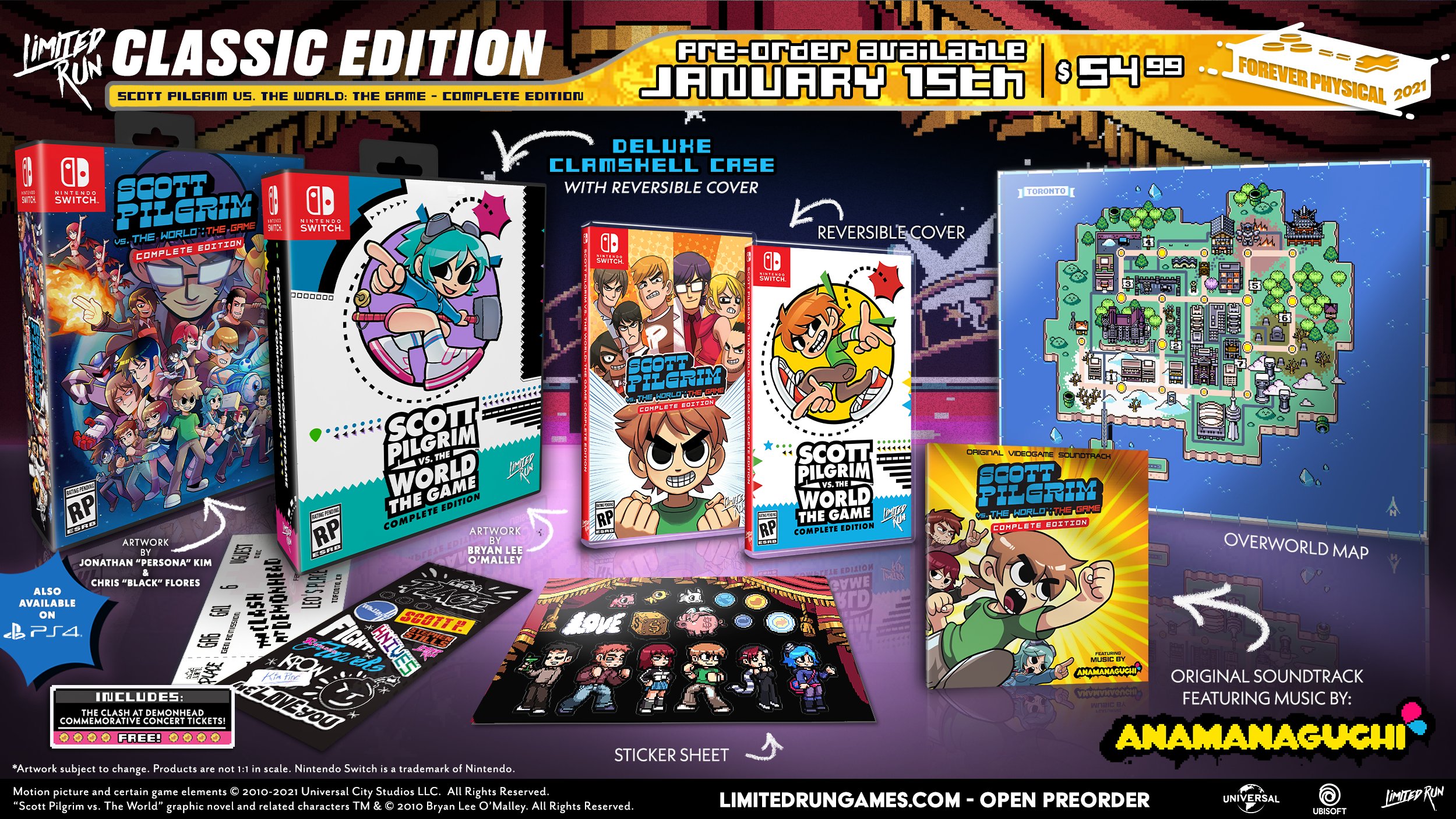 There won’t be just one….but TWO. The Classic Edition will come with a CD soundtrack, a folded overworld map, a sticker sheet, and commemorative “Clash At Demonhead” concert tickets, all housed inside a deluxe clamshell retro box. But if that’s not enough…. 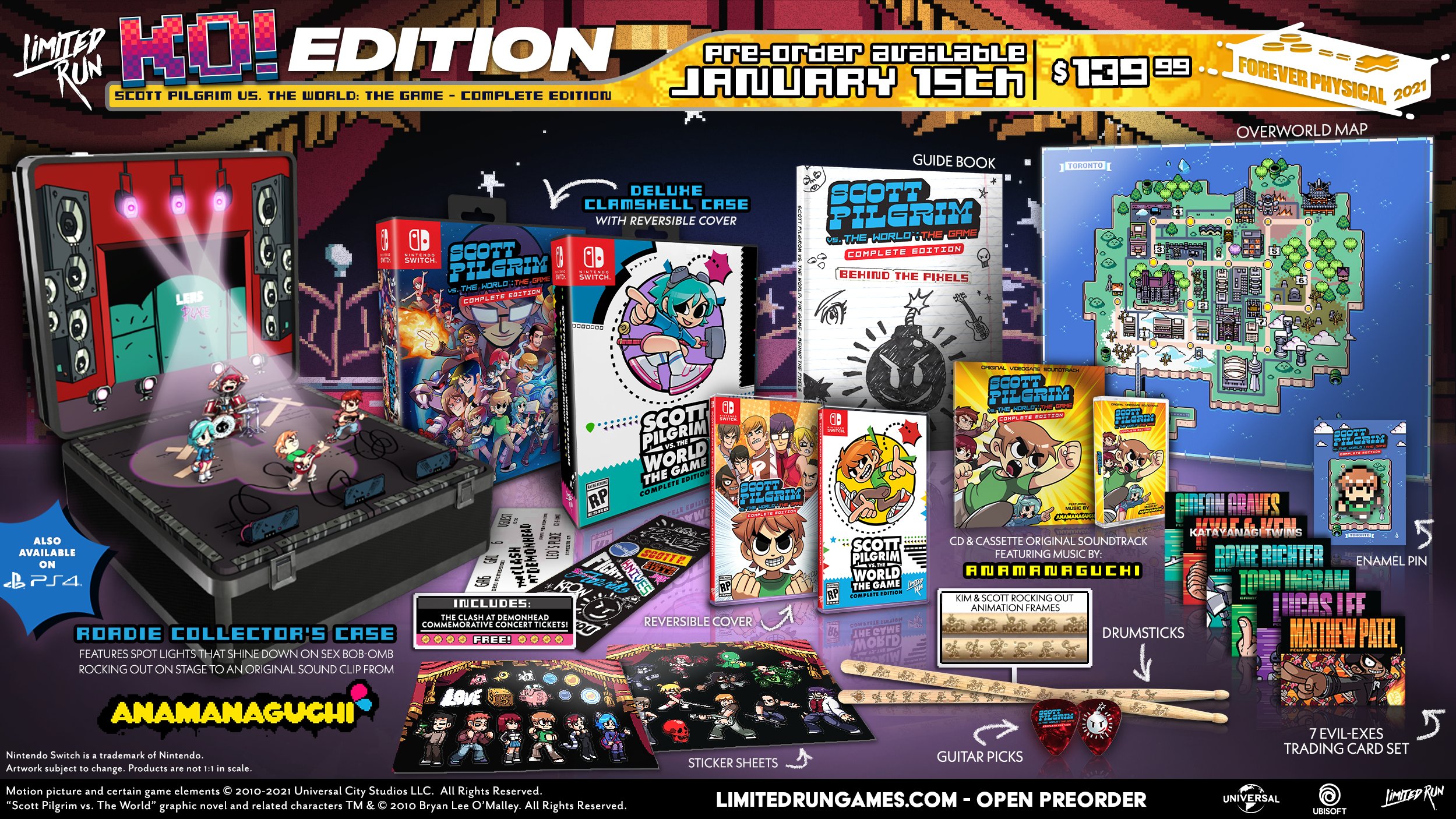 The KO Edition will include all those things PLUS an enamel pin of Scott’s sprite, Evil Exes trading cards, guitar picks and drumsticks with printed animation frames of Kim and Scott on them, packed inside an amazing “Roadie Collector’s Case” that opens to display a pop-up scene of Sex Bob-Omb rocking out, with WORKING lights and music. Satisfied now?

Of course, if you just want the game, you can get that too. Prorders for Scott Pilgrim Vs. The World open January 15 and last for six weeks. Don’t sleep on this one — you have no excuse!