It’s not often that indie films can be labeled as adaptations of existing work, but Apocalypse Rising based on 2014 novel The Dead S.I.T.E. by Gregory P. Wolk falls squarely into that category. Brought to life through a collaboration between director, Richard Lowry and the author, this tongue in cheek adventure flick mixes zombies, aliens and Christian mythology together for an irreverent quest to save the Earth.

Apocalypse Rising is an odd duck. It took me a while to figure out what kind of tone it was trying to strike. Opening scenes involving people in Roman garb being attacked by skull-faced zombies whose bites unleashed blood splatter on par with a GWAR concert or the early works of Peter Jackson, which led me to think this was a horror flick at heart.

But after being introduced to our league of survivors from the planet Rathe as they hurtled through space on an escape shuttle where they passionately discussed religious divisions that led to their planet’s destruction, my brain was immediately pulled into the realm of science fiction. Then again, the fantasy element is very strong as well with a magical princess who carries her father’s still living severed head around in a shoulder bag. So what was a reviewer to think?

Luckily when the band arrived on Earth, looking like a group of Larping enthusiasts constantly talking about procreating, the light bulb finally illuminated in my mind. It was time to get wacky with some violent, sexy fish out of water action featuring quirky plot choices and some fun performances by its stars.

Apocalypse Rising is basically the 1987 live action Masters of the Universe movie, if it was directed by Crank’s Neveldine and Taylor. For many fans of MMORPGs, horror and action flicks, the juvenile humor, extreme violence and snarky dialogue will likely be what endears them to the film. 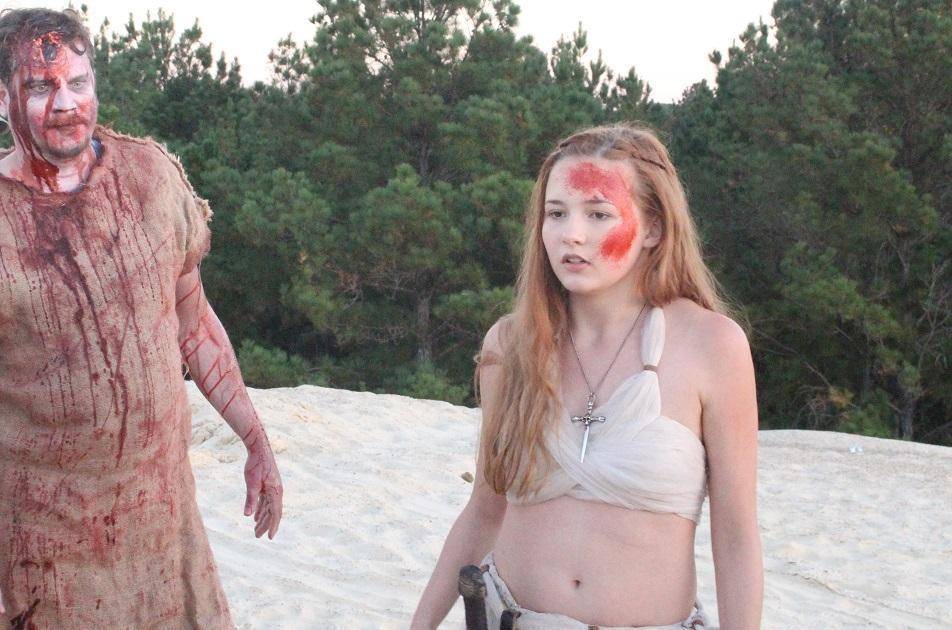 In terms of plot that moves the story forward, the group’s leader, Mia receives visions to ancient artifacts which in turn guide the alien visitors on their journey. As played by Hunter Parker the character is quite bland, lending an unconvincing sense of gravitas to the proceedings that feels incongruous with the rest of the cast. Luckily Parker’s co-stars all have a handle on just what kind of film this is. 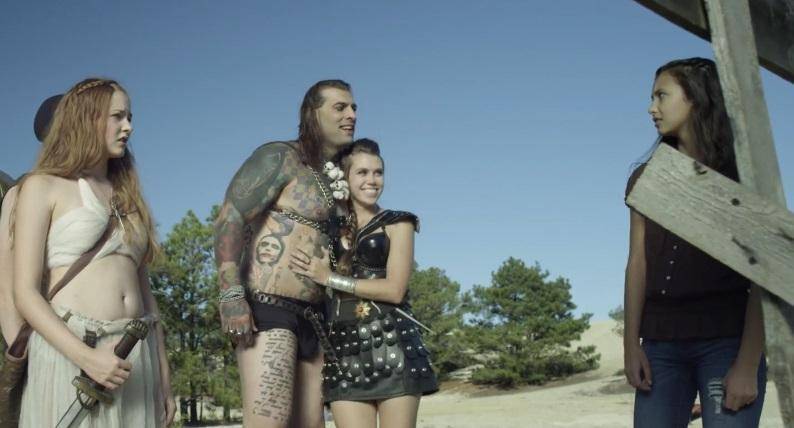 The first of the two procreating couples are Magnum and Thora played with gusto by the brawny Shane Samples and the lithe Victoria Steadman. Looking like an off-brand Conan and Xena, these two warriors are frisky and fun as they constantly question Earth customs while openly displaying their duty to re-populate their planet. Samples in particular manages to provide more than just a beefy frame with his performance. Returning to the subject of re-population, let’s get to it. The sex I mean. 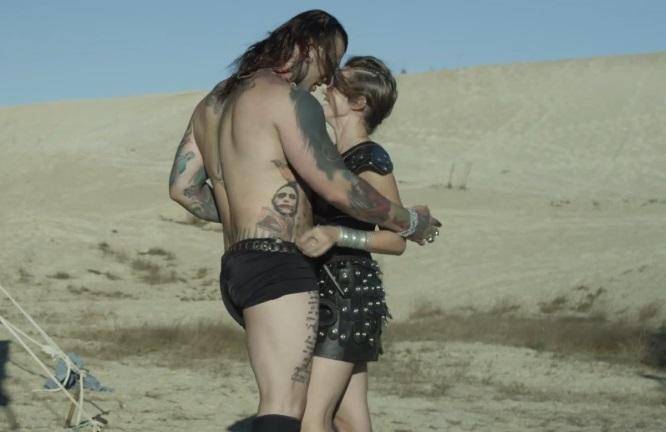 Though the nudity is minimal in this film, there are many awkward physical comedy sex jokes which mostly revolve around uninhibited alien fornication in public or as they refer to it, procreating. Magnum and Thora simply act when the mood strikes and rather than turn away, everyone present simply watches the display while making MST3K style commentary. A similar running joke was recently found in the Hulu original series Future Man, if that’s your bag. But this is definitely a film for mature audiences especially during the film’s (ahem) climax. 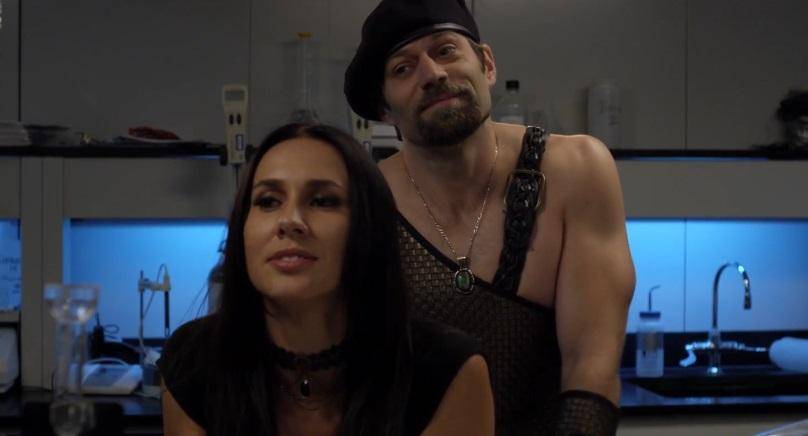 Another pair of procreators are Phoenix and Beset, played by Justin Lebrun and Johanna Rae. Though they don’t have quite the same twinkle in their eye as the young lovers spotlighted above, these veterans of the war with the zombies act as the voice of wisdom amongst the crew, also providing love advice to their Earthling ally during an impromptu procreating session of their own. 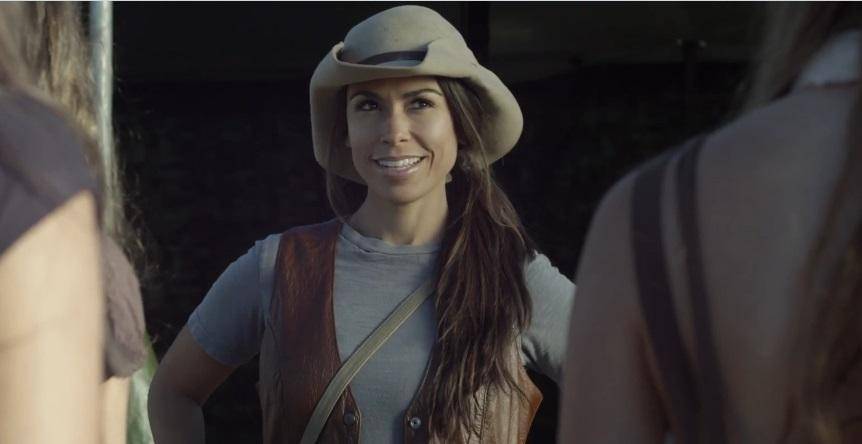 One of two stand-out performances in the film is Shiah Luna as India Jones, an archeologist who is open-minded enough to believe the words of an alien prophetess that her own planet is in danger. Luna really infuses the film with a sincerity and levity that allows the audience to accept the castaways on their own terms. India also has a teenage niece named Noa who follows her around, that I could have sworn was Iris Apatow most recently seen in the Netflix series LOVE, but is in fact played by Katelyn Levario. 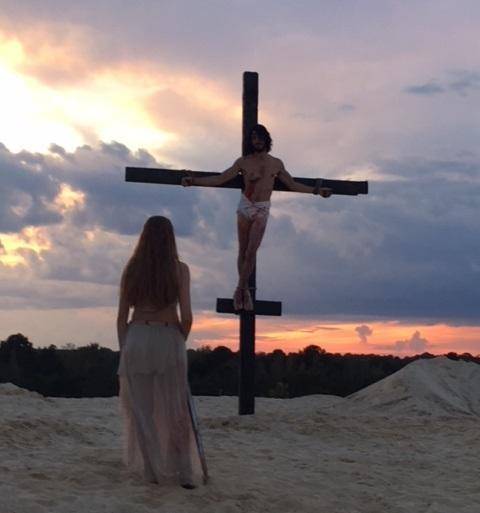 A good portion of the film’s run time is spent on character building through humorous dialogue, as the team runs around ancient ruins with obviously plastic weapons. But there are also quite a few visions where Mia talks to Jesus on the cross about her place as the Savior of Earth at this time, just as Jesus did the will of his Father during his lifetime. These interludes left me wondering if the film was meant to have a Christian undertone, but in the end I believe it was meant to be more subversive in the story’s ultimate take on the phrase, “The Dead Shall Inherit The Earth”. 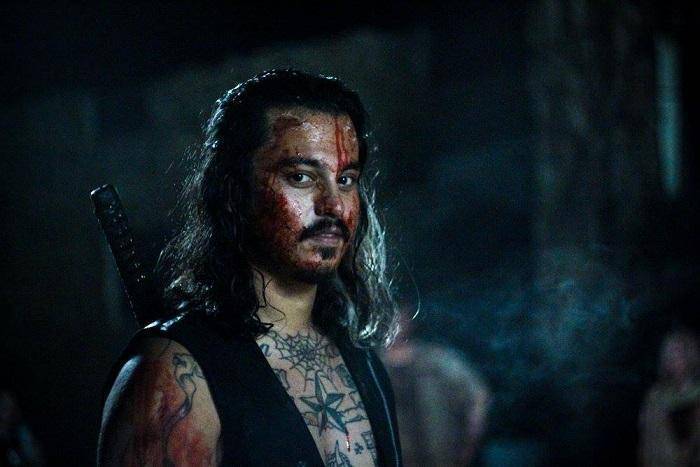 Running around in the background throughout our heroes’ journey is the villainous Karl, portrayed by James R. Frey and looking like the twin brother of Mila Kunis. Unbeknownst to the other Rathian travelers, Karl is responsible for the death of Mia and Magnum’s father and is working against the would-be Saviors by obtaining an artifact that invokes the powers of darkness. He finds a kindred soul in the other highlight of the film, Shira. 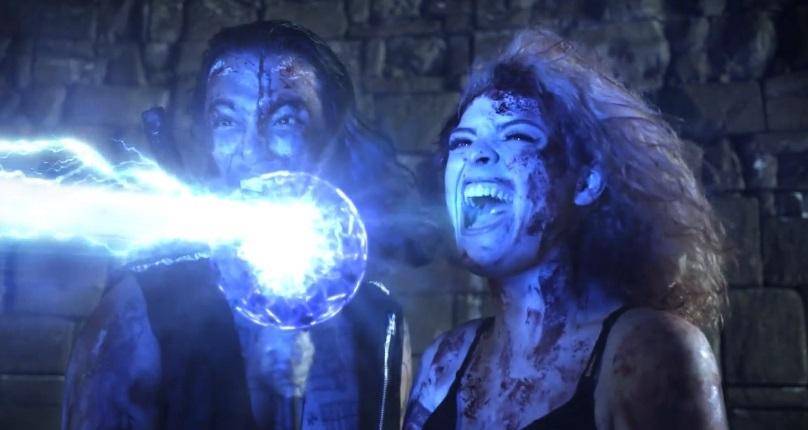 Actually the first Earthling the group encounters, Shira is played by the wickedly charming, Kelly Brown. Introduced initially as a foul-mouthed party girl, her team-up with Karl comes out of nowhere, but Brown’s wild performance supercharges the finale in a big way. Speaking of big, this film features Shira interacting with a zombie penis. Yes, a zombie penis. An inclusion alone that will guarantee Apocalypse Rising cult status in the years to come.

As stated previously, much of the film is flm is focused on the humor and travel to the The Dead S.I.T.E., but the final battle is big and bloody. Fans of Sam Raimi’s Army of Darkness will be pleased with the action as the crew stab dozens of zombie extras with literal fountains of blood spewing forth from undead heads, before taking down the aspiring King and Queen of the dead. 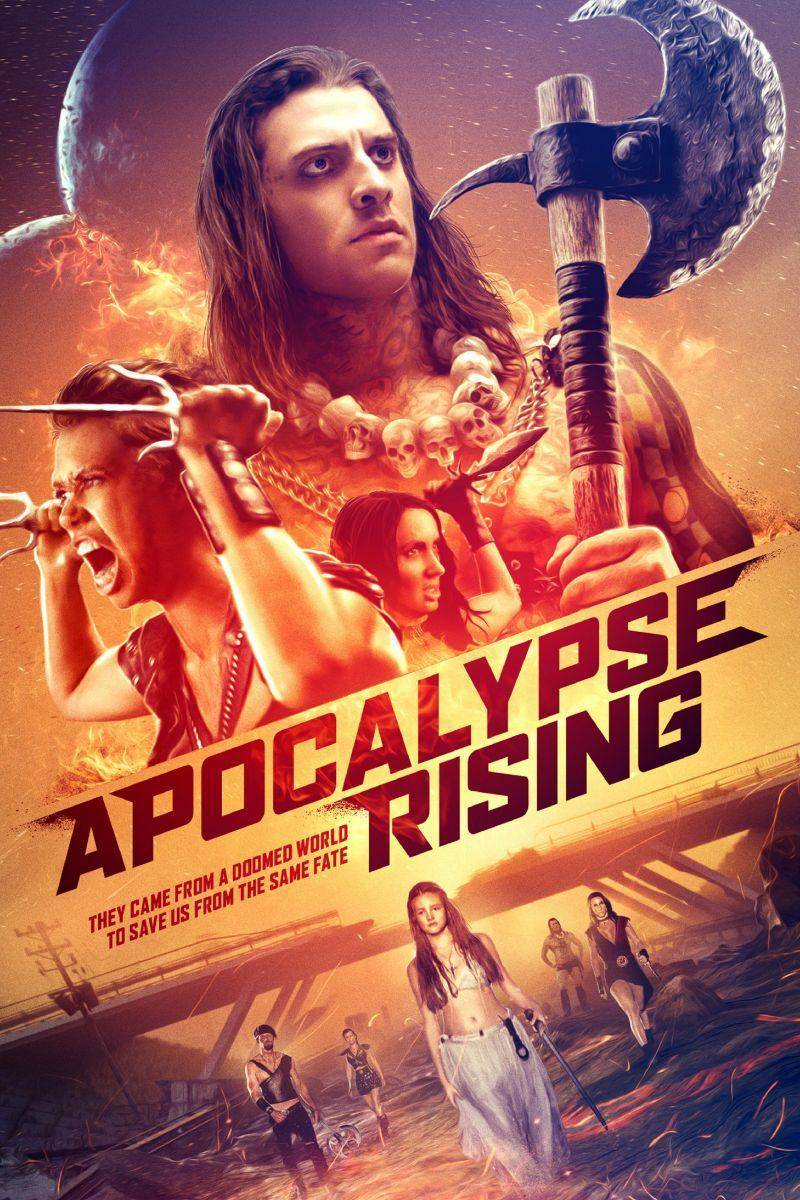 Apocalypse Rising is silly, bloody and raunchy. Admittedly this is not exactly how the promotional images sell the film, so movie fans expecting a straight ahead sci-fi/sword and sorcery film will be caught off guard by the explicit content. That being said, the film never gets sleazy, instead keeping a cartoonish quality that allows the audience to go along on the wild journey and be pleasantly surprised by the twists along the way.

Apocalypse Rising is available now on VOD and DVD from Giant Meteor Films.