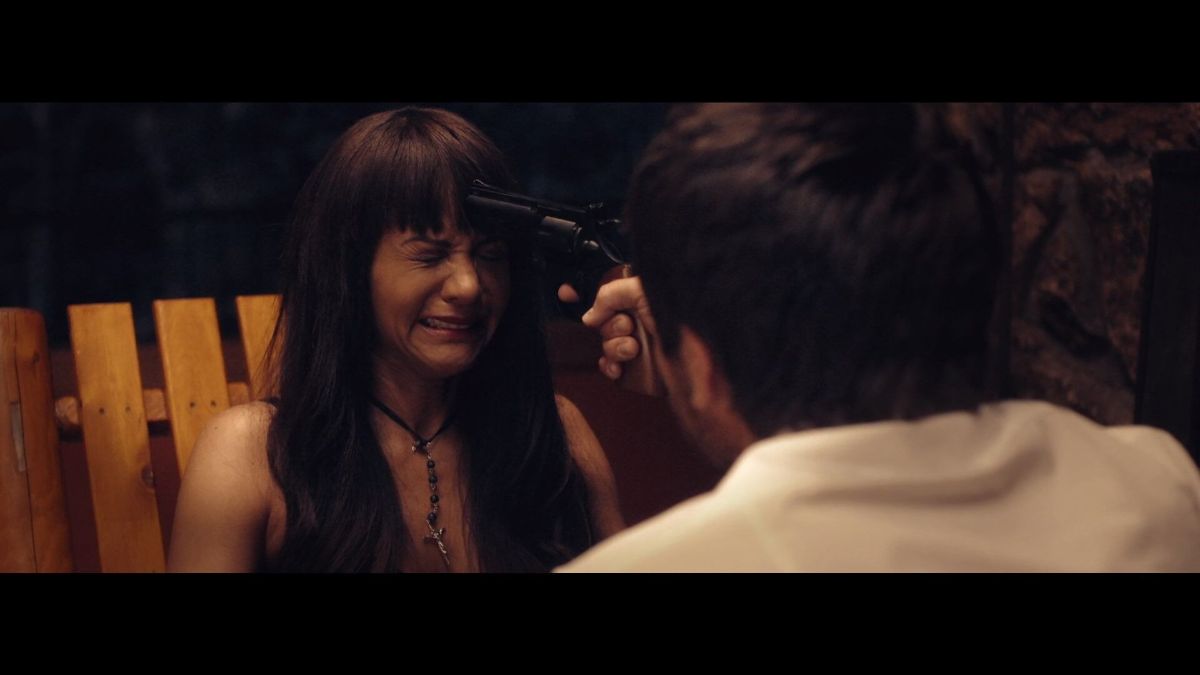 High Octane Pictures will be releasing their next slasher, American Killing, on DVD and VOD platforms next month.

Workaholic Jeb finally has his years of toil pay off for him when he lands his own cartoon series. But when he hears his show could be on the verge of cancellation, he calls an emergency meeting with his crew to hash out a new direction. This meeting will take several days and it happens to be located at a remote secluded cabin, probably with no cell service. Smell a possible problem here?

Yes indeed, the paranoia of losing his show has taken hold on Jeb, and he’s turning violent in response. The studio tries to nip this PR nightmare in the bud by firing him, but that only lowers his inhibitions even more. Now he’s mowing down his former co-workers one by one!

American Killing stars Trevor Peterson (Grizzly Park), Persia White (The Vampire Diaries), and Caitlin Gerard (Insidious: The Last Key). It was written and directed by Matthew David Ward and Justyn Ah Chong, and it’ll be on DVD and VOD August 6.

Jeb’s cartoon is on the verge of cancellation, so the studio sends him and an eclectic team of writers to a secluded house in the mountains.   As Jeb’s controlling personality and obsessive work ethic starts to push the team apart, he goes even further by planting spy cameras in places shared and private, obsessed on what everone is doing.  Jeb is soon fired by the studio but he continues to spy in sercret from his home leading him further down the road to madness. In his most desperate hour, Jeb seals his fate as a viscous madman by returning to the house and murdering his writers one-by-one, on camera. Past emotions and tensions flare, and while nothing goes as Jeb planned, the unforeseen twists, turns, and revelations make his snuff film a violent spectacle sure to go down in infamy.