After game director Kotaro Uchikoshi finally finished his acclaimed Zero Escape trilogy, what was next for the man? Something brand new…but would the audience respond? He got his answer when AI: The Somnium Files was released on PC and Switch in September of 2019. It too has attracted a following, and earned a sequel that was announced this week: AI: The Somnium Files – nirvanA Initiative.

In the original game you played as Kaname Date, a man on the hunt for a mysterious serial killer. The game took place in the future where Date not only has the ability to investigate crime scenes and interrogate witnesses but can probe into their dreams, among other special abilities. It’s these dreams that the “Somnium Files” in the title were made from. Once you enter a person’s dream, you have six minutes to interact with the environment and derive information from the person’s mind. The player’s goal is to figure out ways to break literal mental locks and go deep into the subconscious to discover the truth.

As far as we know, the sequel shouldn’t stray too far from this idea, but the protagonist will be different. Mizuki Okiura, who only appeared in the first game as a child, is now a full-grown special agent with abilities of her own. The AI companion Aiba, who assisted Date in the previous game, will return to help Okiura crack cases.

And just like with the first Somnium Files, this game will come in both standard and expanded form. The Collector’s Edition will pack in: 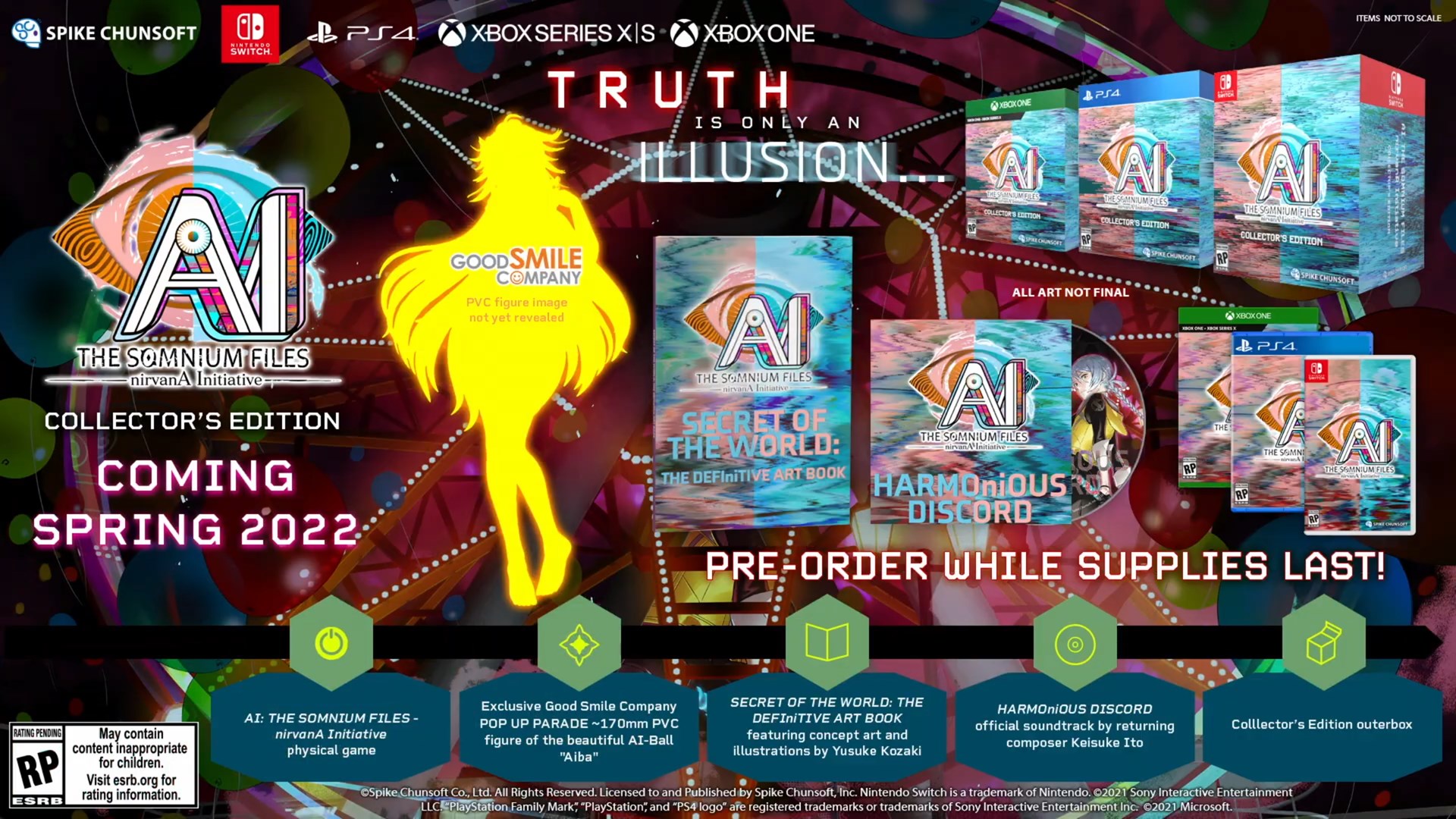 The game is still in development, so much so that they aren’t ready to reveal what the Aiba statue looks like. Look for AI: The Somnium Files – nirvanA Initiative in the spring of 2022 for Playstation 4, Nintendo Switch, XBox One and PC.

Why Did Sonic Origins Turn Out Buggy?