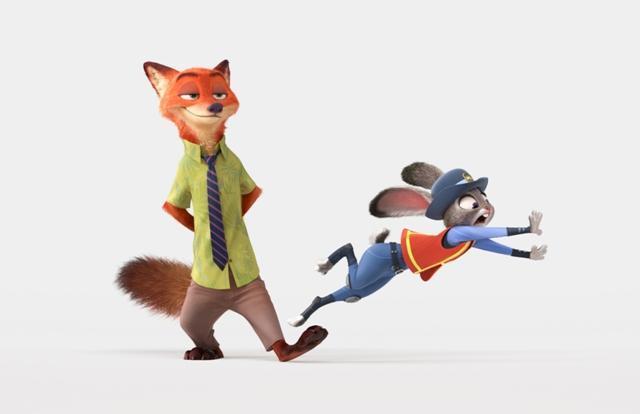 Walt Disney Studios dropped the latest trailer for its upcoming 55th animated feature, Zootopia. You can check out the brand-new video in the player below. Also there are some new photo stills (Courtesy of Walt Disney Animation Studios) from the film in the gallery (click on the thumbnail to see the full-size image).

The new trailer provides the first look at the new song “Try Everything,” which is performed by Shakira and written by Sia and the songwriting duo called Stargate. It also gives a much better look at the film’s overall plot and themes. The story follows Officer Judy Hopps (Ginnifer Goodwin), who becomes the very first bunny on the Zootopia police force. She’s put on parking duty, but what she really wants is to crack a big case, and soon fate grants her that opportunity. However, cracking her first case means she has to team up with the quick-witted, fast-talking con artist fox named Nick Wilde (Jason Bateman). Together this odd couple and unlikely duo have to solve the mystery.

From the new material, Zootopia looks like a cute and fun experience. Judy Hopps being the central character looks like it was a good choice, and it appears she will be a strong underdog protagonist. The world of Zootopia looks quite colorful and interesting the way it’s a city populated by anthropomorphic animals.