Zenescope Announces All Guts, No Glory

Given that the bread and butter for comic book publisher Zenescope — since its inception — has been taking public domain concepts and turning them into shameless, embarrassing T&A shows, we were expecting their first announcement for 2022 to be a book about a barely dressed female Winnie The Pooh with D-cups. But maybe they’re saving that for later. Zenescope’s new book is a monster hunter story.

Take note that by “monster hunter” we don’t mean the popular video game series by Capcom, though there is likely some inspiration there. The monster hunting universe that Zenescope is trying to push is of their own creation, and began ten years ago with the release of The Monster Huntersâ€™ Survival Guide. It was a dark comedy that began as an illustrated novel before expanding into a comic and then leading to the spinoff Man Goat & The Bunny Man, which was published last year. Now the latest story in Zenescope’s monstrous universe is about to arrive…All Guts, No Glory.

All Guts, No Glory isn’t about monster hunters EXACTLY. It’s about the people who have to clean up after monster hunters. The central POV is from high school senior Jimmy Shepherd, who gets his first unglamorous job as waste disposal engineer and must clean up the toxic glop and innards that monsters leave behind when the heroes are finished vanquishing them. You might be thinking following a story AFTER something interesting has happened would be a mistake. But this kind of comic has been done before, and effectively — Marvel’s Damage Control series is one example, about the people who have to rebuild the areas that get trashed after superheroes fight.

The first issue of All Guts, No Glory — which has an extra sheet in it to make for 36 pages of material — will be out in comic shops this week. Three issues are planned in all. Oh, and Zenescope, if you’re listening….PLEASE don’t do the Winnie the Pooh thing. 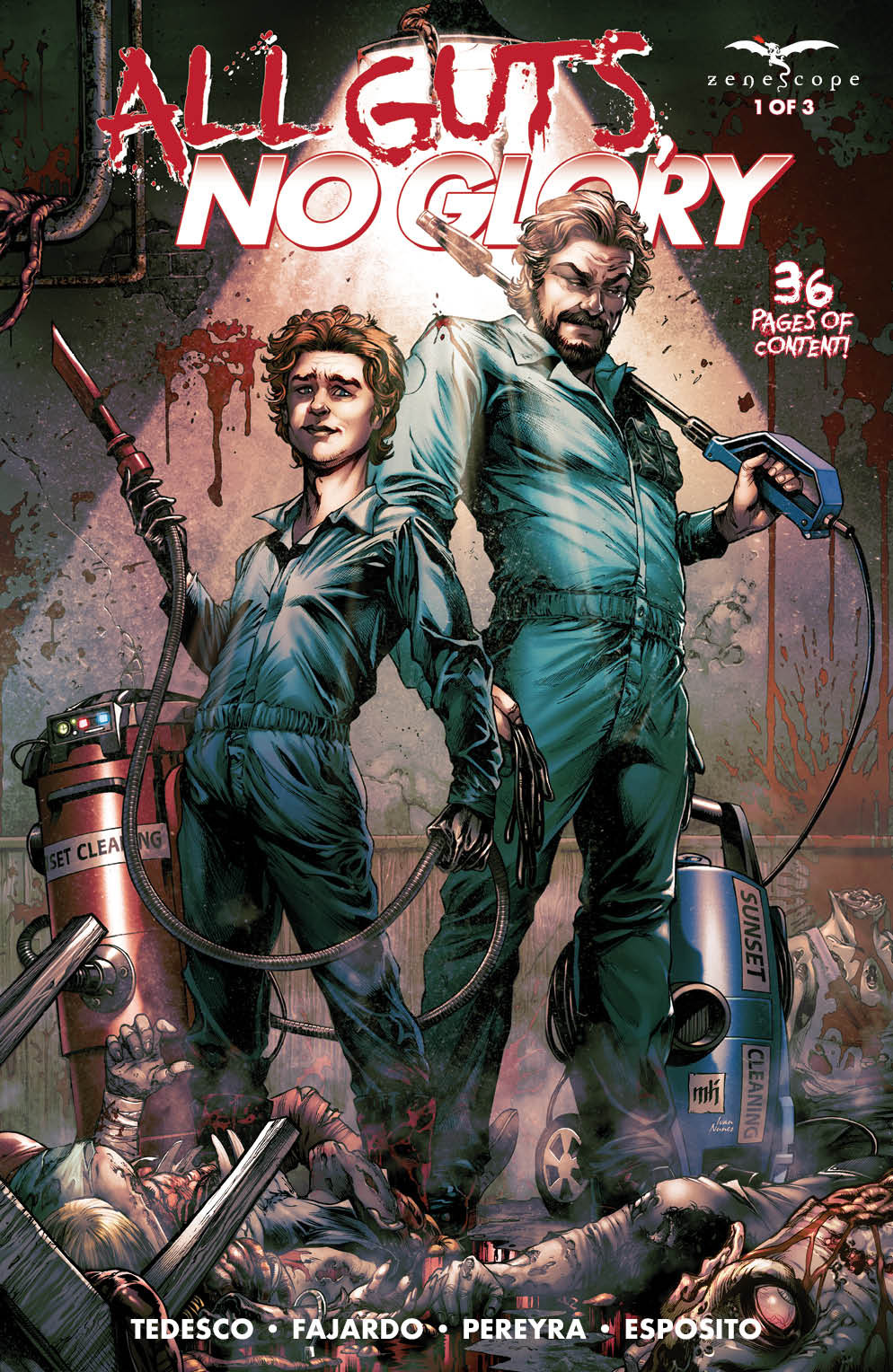