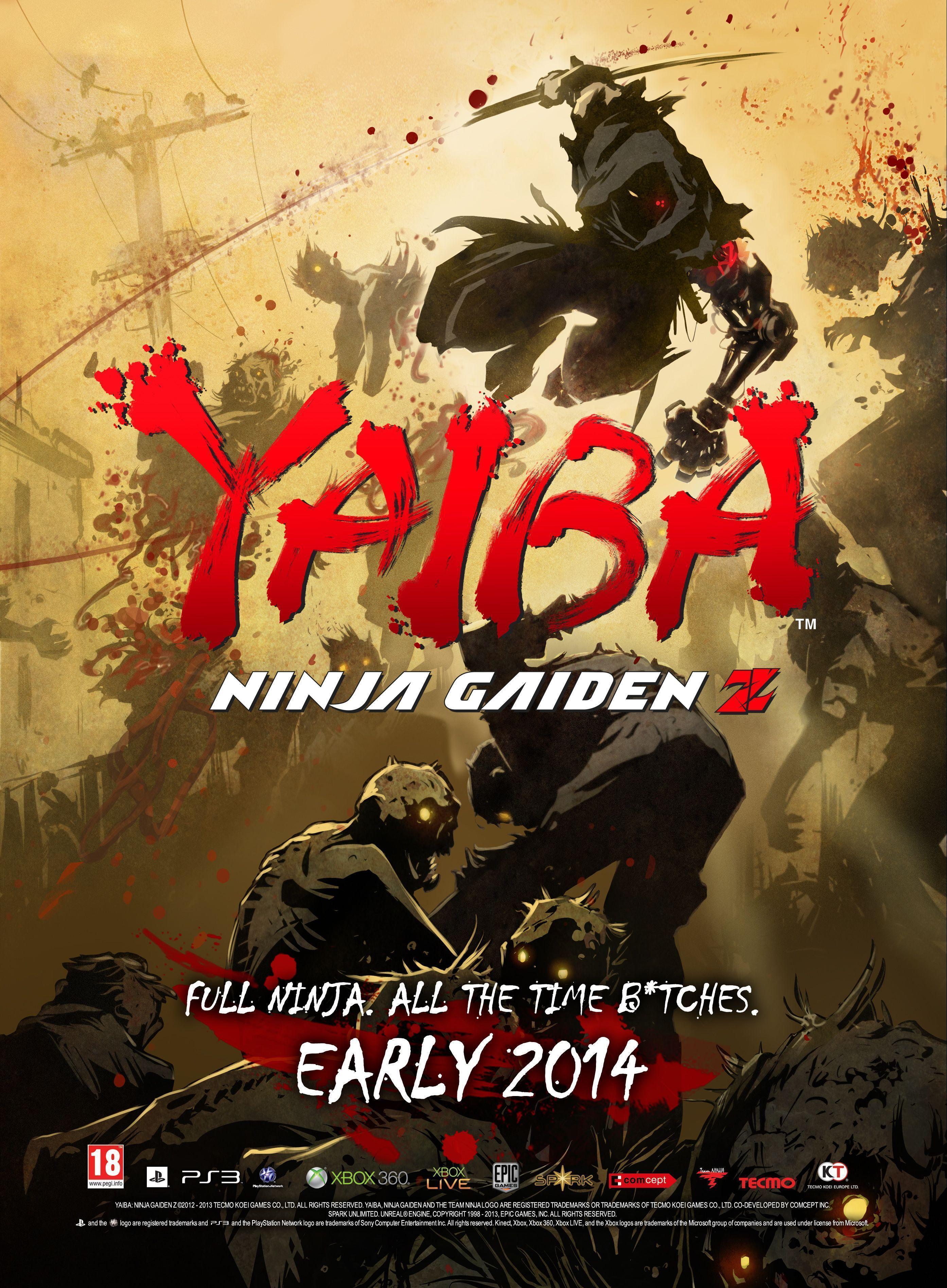 From the publishing house of Tecmo Koei America Corp. comes an all new action game Yaiba: Ninja Gaiden Z. If you want to fight fierce zombies this is just the game for you! In Yaiba: Ninja Gaiden Z gamers play the character of Yaiba, a cyborg ninja who rises form the death, and slaughter hordes of zombies. The dead ninja is brought back to life using cyber technology to rip off the zombies in a world gone mad.

The much awaited action game with a lot of valance has been tagged with a ship date of 2014 and will be available on Xbox 360® and PlayStation®3.

A mysterious dangerous chemical called ‘compound 72’ leaks from the Lazarev Laboratory and causes many townsmen to display unnatural appetites and curious behavior. The disaster will sooner or later take everyone down. So far seven kind of stiffs have been identified.

1.      The Infected (Normal Stiff)
Most of our ex-neighbours and friends stink. Their odour is unmistakeably horrible. They are stronger, faster, uglier and stupider than they were in life and if you have keen sense of smell you might be able to avoid them- for a minute or two.

2.      Electric Infected (Electric Stiff)
These electricity-charged stiffs seem to be producing their own electric power. It’s actually amusing, but if these guys were contained they could actually produce free electricity for all! However, given the fact that almost everyone is dead or hiding, TV and microwave ovens should be the least of your worries. Remember high school physics and either try to ground them or drown them. Either way you won’t have much time to act.

3.      Burning Infected (Fire Stiff)
Don’t approach them unless you’re cold or tired of living and want to leave life in flames. They are ever-burning, glow in the dark, hideously disfigured and smell disturbingly like BBQ.

4.      Toxic Infected (Bile Stiff)
If you are an optimist who believes the army will come to this city’s rescue- don’t be. Those idiots already came and skilfully managed to get themselves infected WHILE WEARING THEIR SUITS. So now they are trapped in there, feeding on their own flesh and producing some sort of green toxic bile that looks extremely disgusting and highly corrosive.

5.      The Priest (Scorcher)
On the other hand, if you look to the clergy for an answer to your prayers- look again. They are nowhere to be found. Apart from this one priest that roams the city with a scorching censer- hopefully reading everyone their posthumous last rites, but most likely wreaking vengeance on whoever he thinks is wicked and sinful; so pretty much everyone that walks past him.

6.      The Brawler (Shredder)
The rich and famous did not escape this scourge either! Local celebrity and world famous ex-boxer and MMA fighter Vseslav Degtyarev has fallen victim to the infection and is now laying his award winning punches to everyone in range. Yes, some might judge him for that brief assault case, or for the fact his career didn’t end in the most pleasant note, but look at him now! Strong as ever! Agile as a panther! Quick as a.. quickly rotting undead thing.

7.      The Terrible Two (Baby Bruiser)
To be honest, no one really knows what this is. It seems to be some sort of experiment gone wrong as it has two heads and is slightly over-sized. It also seems to be hungry all the time and does cry a lot when it doesn’t suck on some poor passer-by’s bone marrow.

Yaiba is our only hope.