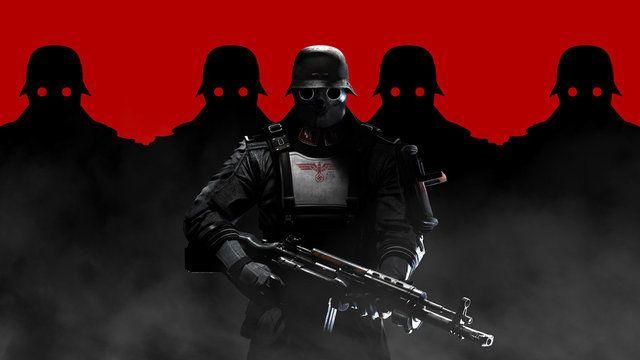 Wolfenstein: The New Order is a first person shooter set in alternate future time-line where the Nazis have not just won a World War, they have taken over the entire world as well as leading the way in scientific breakthroughs and technological advancements. There’s enough make believe in The New Order to make the setting feel fantastical but is equally balanced with grounded reality to make it a believable alternate vision.

You play as B.J. Blazkowicz – a resistance fighter who, after a brief an surprisingly mundane game opening, awakes from a coma long after the war has ended to a world in which the Nazis rule with an iron first and giant mechanical dogs. Blazkowicz then sets off on a campaign to free fellow resistance fighters and continue the resistance against the Nazi overlord Deathshead, the games main villain. Gameplay for the most part is standard first-person fare, with a variety of rifles, pistols and heavier weaponry alongside some futuristic laser weapons although there are some interesting swimming and on-rails shooting sections to break up the normal FPS gunplay.

Graphically Wolfenstein: The New Order was always going to be somewhat held back on next-gen platforms as a cross generation release, but even by those standards there are some big issues. The developer clearly spent a long time on characters models and animations, which at times can be impressive, but one look at the floor or a desk to see wallpapered-on flat images of books, magazines and flyers quickly breaks any immersion – it’s instances like this that result in the game being graphically inept, even by last generation standards.

The characters you come across during the course of Wolfenstein’s 10-hour campaign vary in quality – some are so terribly stereotypical they feel like exaggerated caricatures whilst others, particularly Blaskowicz’s love interest, feel more developed and human. The characters themselves are well modelled and distinct enough, it’s just that very few of the characters are worth getting to know or spending time with. The voice acting on the other hand is very well done, with distinct quality performances even for non playable characters that appear only in a couple of scenes.

On next generation platforms particularly, with heavyweights like Call of Duty and Battlefield already on consoles, Wolfenstein: The New Order’s gameplay needs to be impressive – and thankfully it boasts an extremely fun, and surprisingly lengthy, campaign mode. The campaign itself will last around 10 hours for the average player – there’s a big decision to make fairly early in the story which offers one of two different paths which affects gameplay a little, there’s some replay value in following the second path but in truth the overall story and gameplay remains the same regardless of which path you choose to take. There’s also no online mode at all in Wolfenstein: The New Order which may disappoint some gamers but is actually refreshing and it has clearly allowed the developer to focus on creating a solid single player campaign.

Stealth is an option in The New Order – each level offers multiple paths and approaches and a stealthy attack is an option for most, as is a guns-blazing shootout. Flaws in the enemy intelligence become all too apparent when taking the stealth approach – despite the fact an enemy can be looking directly at you at the other end of a corridor with no obstructions between you, as long as you’re outside of their vision limits they will not see or react to you. It’s easy to exploit this when taking the stealthy approach, but it feels like a cheap win and highlights the issues, particularly in tighter environments.

One way in which Wolfenstein: The New Order adds a fresh take on its gameplay is through its Generals system. Most areas will have at least one General, surrounded by regular or heavy guards and the game will give you a rough distance indicator from the General to help you find him. If you are spotted while the General is alive, reinforcements can be called infinitely until the General is taken out – this adds an interesting layer of consideration to your level approach and becomes a consideration when scouting the levels out as life is much easier if you can take out the Generals before all hell breaks loose.

Over the course of the campaign, you’ll come across the standard enemy stereotypes as well as mechanical dogs, giant robots and a couple of intense boss battles. The campaign is well written and there’s just interest in key characters and events to hold your interest, alongside some great overall gunplay and intense shootouts. The campaign takes you to some pretty exciting and unexpected locales too, which I won’t spoil here, that make some of the best levels in the game. There are collectibles too, which add a little to the replay value but most gamers will probably play through the main campaign just once.