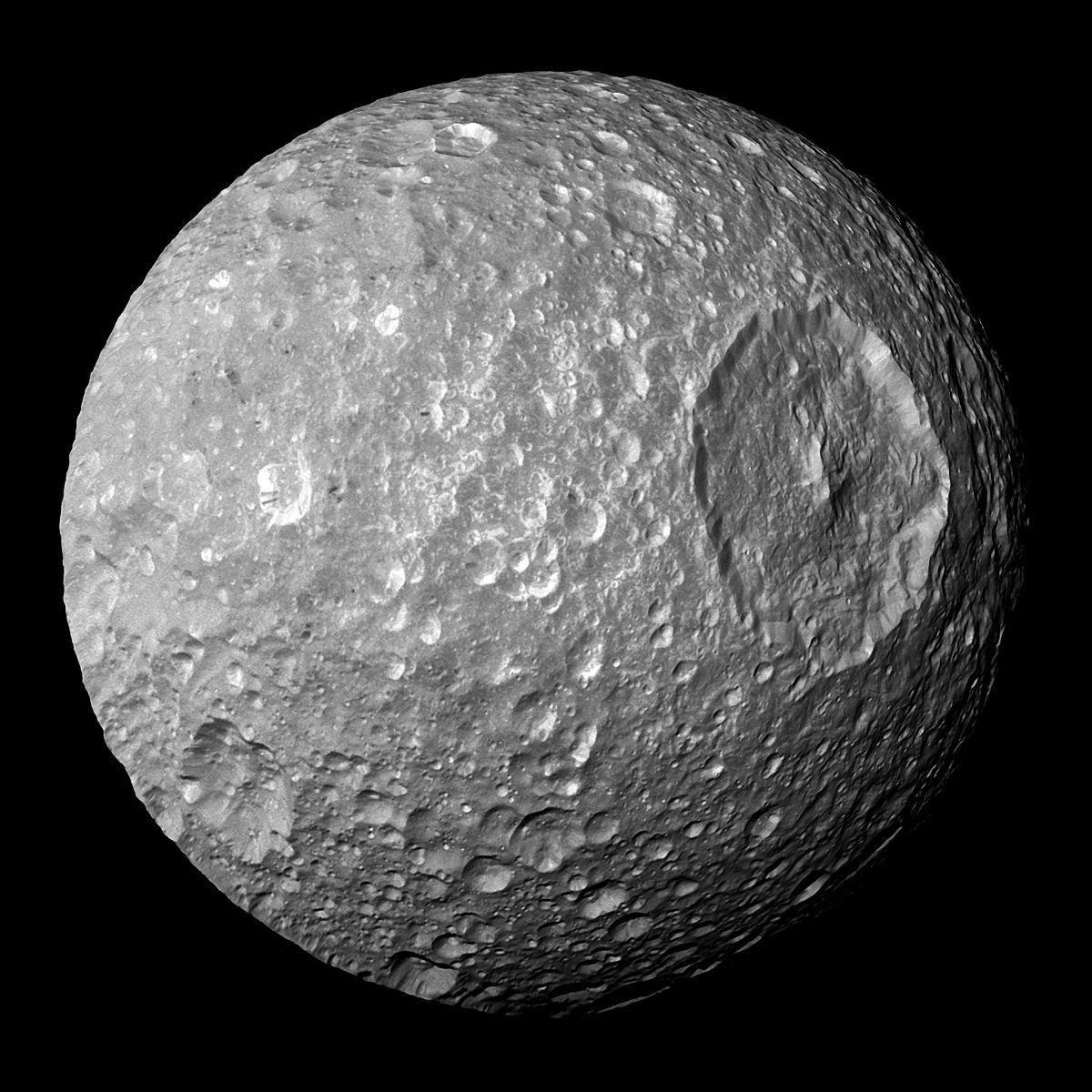 One of Saturn’s moons has a secret, and scientists are trying to figure out what it is.

A Cornell University astronomer has been studying measurements of the wobble of Saturn’s small, icy moon Mimas taken by the Cassini spacecraft, and he and his team have determined that under all that ice there must be either an irregular “rugby-ball-shaped” rocky core or an underground ocean sloshing about.

“After carefully examining Mimas, we found it librates — that is, it subtly wobbles — around the moon’s polar axis,” Radwan Tajeddine, Cornell research associate in astronomy and lead author of the article. “In physical terms, the back-and-forth wobble should produce about 3 kilometers of surface displacement. Instead we observed an unexpected 6 kilometers of surface displacement,” he said.

“We’re very excited about this measurement because it may indicate much about the satellite’s insides. Nature is essentially allowing us to do the same thing that a child does when she shakes a wrapped gift in hopes of figuring out what’s hidden inside,” Tajeddine said.

Mimas is just 400 kilometers in diameter and sometimes referred to as the “Death Star” moon because of its resemblance to the to the Star Wars weapon. The wobble was determined using a technique called stereo-photogrammetry, which put together various photographs taken of Mimas by Cassini and  created a computer model to compare hundreds of reference points, which showed an irregularity in the moon’s rotation.

The team hasn’t determined yet whether it is water or rock inside the moon. Any ocean would be 25 to 30 kilometers under the moon’s icy crust. If it is the weirdly shaped rocky core its irregular shape might be explained by gravitational flattening by Saturn.