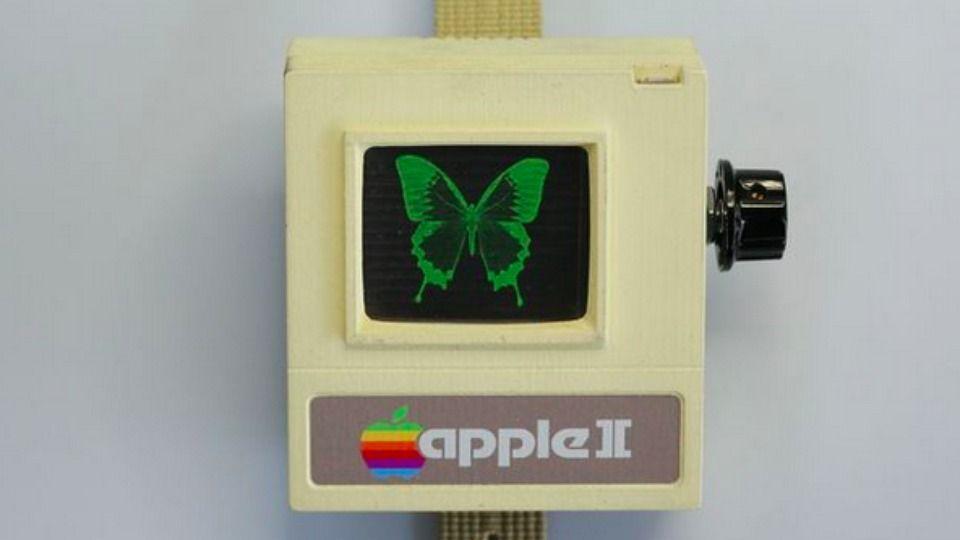 While the media overhypes a dinky screen that secures to your wrist and poops out after 18 hours (compared to most normal watch batteries that last years), one hobbyist has decided it’d be better to go ALL the way back to go forward. He built an Apple II watch, a miniature recreation of Jobs and Wozniak’s first mass-market computer product.

User Aleator777 uploaded details on how he built the watch to Instructables, and the page contains thorough instructions on making your own. To build one you will need a 3D printer, a watch strap, some wires and much more technical knowhow than I possess.

Unfortunately, there isn’t actually an Apple II emulator inside the watch, even though one would fit. Its creator considered making a faithful version, but decided he had better things to do with his time (like what? I can’t think of anything more important). Instead, the watch uses an Apple II-like interface to tell time and perform a few other functions via a text menu controlled by manipulating the right scrollwheel (and pushing the wheel to hit “Return”).

For those who never experienced the 80’s, Apple IIs were a lot of fun, educational, and very hackable. But you don’t need a watch to go back. If you really want to play with the Apple II again, and you’re using something with a keyboard, a preservation website called Virtual Apple will let you do it right now. For the overwhelmed, check out my own recommendations for games.