Spirit Reckoning takes place in circa 1875, and tells the story of Sam Conley, a farmer with a wicked gambling addiction trying to make ends meet for his family. Upon returning home, Sam is killed by some petty outlaws alongside his wife and child. To return the favor on a good deed Sam did for the Indian people, a Shaman brings Sam’s spirit back from the dead as an avenging skull cowboy.

However, this comes with its set of side effects as Sam’s emotions intensify making him feel rage more extreme and sadness more deep than the normal person, which brings humility to Sam much like Frankenstein’s Monster.
“Spirit Reckoning” is a wild ride, that combines the elements of horror with the setting of a Western, seeing the protagonist go on a high octane, bullet-trenched, blood-soaked revenge spree. Who will prevail?

They mean “avenging skull cowboy” as in “his face is a skull,” kind of like Ghost Rider only riding a horse instead of a motorcycle.

Heart and Fire’s press release mentions Spirit Reckoning is “due to lens later this year,” which we assume is Hollywood speak for “it hasn’t been filmed yet.” This is why we don’t have a trailer to show you…but we do have this very cool poster: 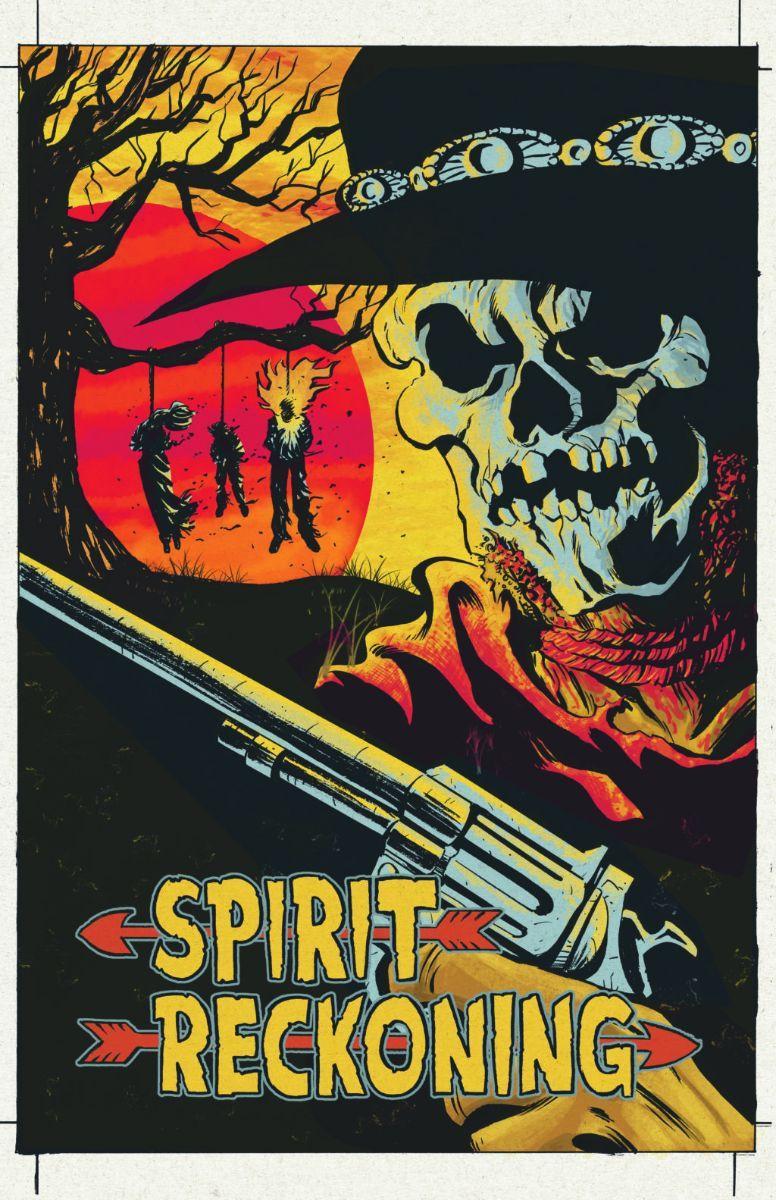 This could be merely a concept sketch for something more elaborate later on, but we’d prefer they kept this one. It’s done in our book!