Ugly Sonic was the creepy  2019 CGI Model of Sonic on the first trailer of Sonic the Hedgehog. This character model garnered so much hate because of his creepy uncanny valley features. The hatred of the fans forced Paramount Pictures to remodel Sonic.

Well he made a comeback! He use to be the source of ridicule and scrutiny but Disney purchased the rights for Ugly Sonic! He becomes a separate character of his own!  Ugly Sonic is now his own entity and has developed his own fan base! From a failed CGI model of Animation, to a beloved character!

How in the heck did this happened?

We really have both Movie Sonics co-existing in 2022. 😂 pic.twitter.com/cB36rZGl9E

I want you to watch the film yourself so I will only share minor detail. It is worth hours and minutes of your life before you die. From a Meme that people joked around, He becomes a character with his own hopes and dreams. Ugly Sonic embraced the meme that got him replaced. The scrutiny and ridicule, he wore it like a badge of honor. He wanted to have his own identity that he never tried to be fast like Sonic. This character wanted to have agency on his own fate and he is determined to change people’s perception of him.

He is not voiced by Ben Schwartz anymore but comedian Tim Robinson  have him his own flair. 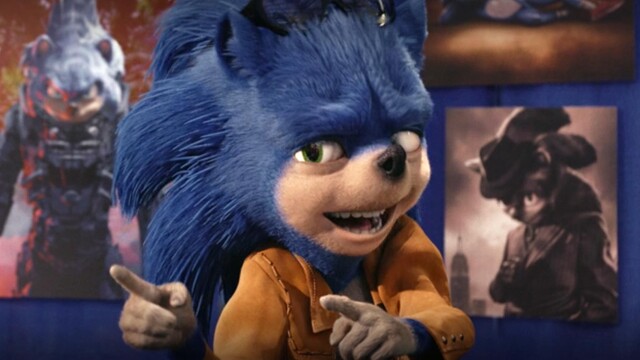 People loved him so much that they want Paramount Plus to give him his own show.

Get Chip And Dale’s ‘Ugly Sonic’ His Own Paramount Plus Show Immediately via @forbes https://t.co/cfLB5enJ3b

We are in a Weird timeline right now!

I can't believe we live in a world where the first Sonic Movie Design was so bad, we got the re-designed Sonic that lead to a blockbuster movie franchise going on a trilogy, and a character parody of the old look in Rescue Rangers called "Ugly Sonic"

Speaking of Ugly CGI, Disney Plus needs to fix She-Hulks model before the show premieres in August because  she is getting a lot of criticism online. I enjoyed every single minute of this movie but Ugly Sonic stole the show!

CHIP ‘N DALE: RESCUE RANGERS * CGI and 2d together? Shut up and take my Money!