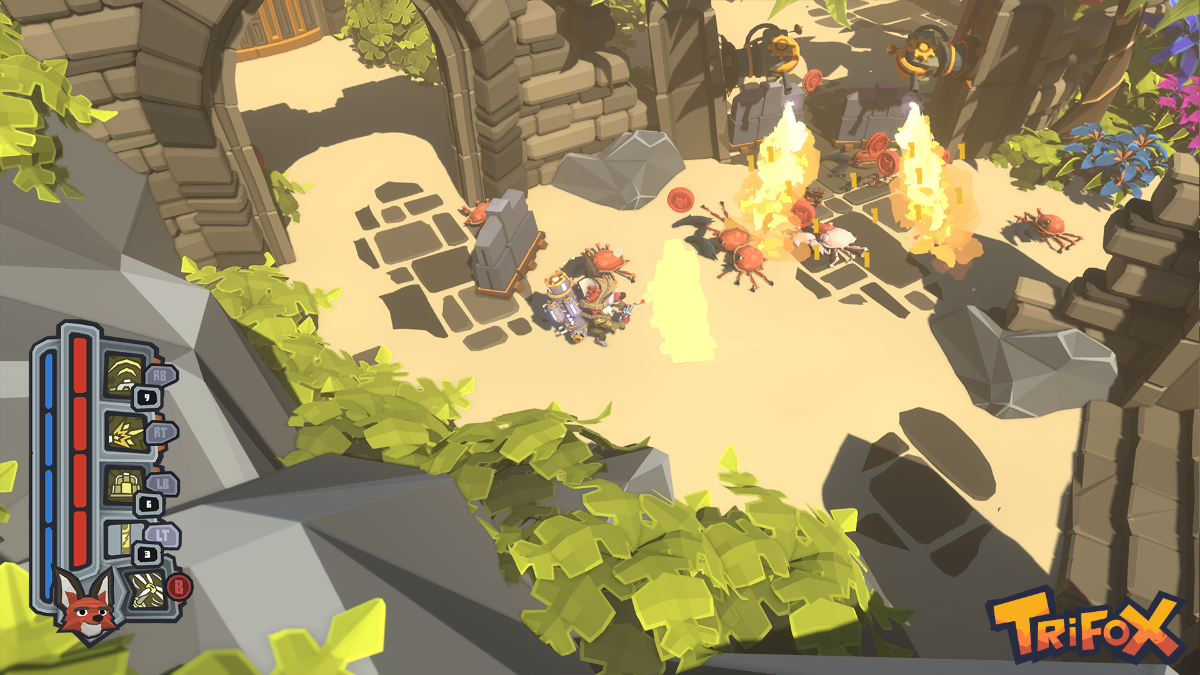 Developer Glowfish Interactive and publisher Cronos Interactive have announced their new title Trifox will be coming to consoles and PC next year. In this top-down action-based platformer, you’re a fox and the bad guys just wrecked your house. As with the classics it’s modeled after, that’s really all the motivation necessary.

Trifox’s aim is to combine classic 3D platformers and action adventure games into something that feels both retro and new. From the beginning they can choose between three classes — Engineer, Mage and Warrior — and the class they pick will affect their abilities and how the game is played. If not satisfied, they can also combine abilities from different classes to create their desired style.

Barring any delays, Glowfish and Cronos will be releasing Trifox on Playstation 4, XBox One and PC in the spring of 2020 (but not the Switch, because….that would make too much sense). Soon, Tails won’t be the only multi-talented fox on the market.

Dungeon of the Endless Out on PlayStation 4