Tomb Raider Legends: The Board Game

Lara Croft has her sights set on the treasures of the tabletop market! Square Enix revealed Tomb Raider Legends: The Board Game today. Despite its title, the RPG isn’t based on the Tomb Raider Legends video game…in fact, it uses a completely different logo on its box, which no actual Tomb Raider game has ever sported. Lara isn’t on the cover either, making the box appear bootleg. It’s from Square though, we swear.

“Brought to you by the makers of FINAL FANTASY® Trading Card Game, in Tomb Raider® Legends: The Board Game, Lara Croft embarks on an unknown journey in search of a hidden artifact and faces the biggest threat of all, herself!” What Square DOESN’T tell you is how, exactly, you’re supposed to play. The description is as follows: “Explore ruins or see off threats while using your wits, arsenal and skills to prove that you, and you alone, are the Lara Croft®.” 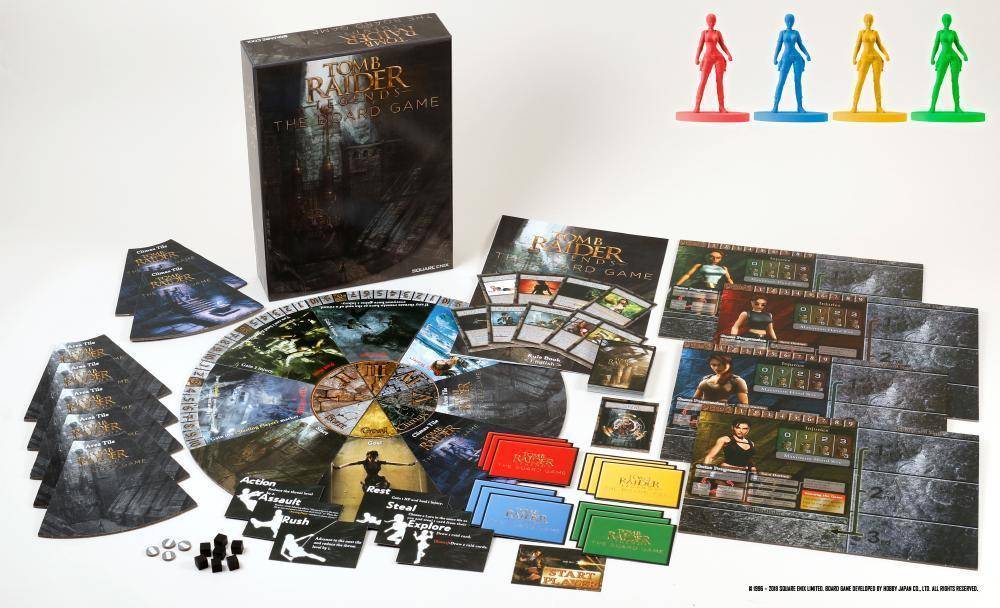 Well, there are four multicolored versions of Lara Croft(®) here, along with dice, cards, a Rulebook, a big wheel with pizza slices that have various game areas on them, sheets with Laras from each era on them alongside weird symbols and numbered bars…..I feel like you have to be an archaeologist to have a chance here without any hints.

As for the implied plot of this…Perhaps one day Lara wandered inside a temple and was suddenly split into four beings, a Red Lara, a Blue Lara, a Yellow Lara and a Green Lara. A disembodied voice told them they had 24 hours to find and defeat each other, for only one Lara could be allowed to leave — the others would fade into nothingness. And that’s how the Tomb Raider version of Fortnite starts.

Tomb Raider Legends: The Board Game will go on sale February 2019. Pre-order it through Square’s website here.

Free League Releases Into The Odd