There seems to be a race as of late between the various game makers as to whom can create the most expensive “collectors edition” version of the games they sell. We’ve had a few overly expensive releases here, but the practice started in Japan, and they’ve topped us already. This obscenely decadent Ace Attorney bundle isn’t THE most expensive game package the island nation has produced, but it’s pretty high up there.

For 150,000 yen, or $1,365 US dollars, you get all six mainline Ace Attorney games, a soundtrack CD, a set of 15 postcards tucked inside a box signed by art director Takuro Fuse, a personal doodle of Phoenix by  series designer Shu Takumi, and….a gold bar. No, really — it’s a memorial plate celebrating the series’ 15-year anniversary, and it’s made of 24-karat gold. 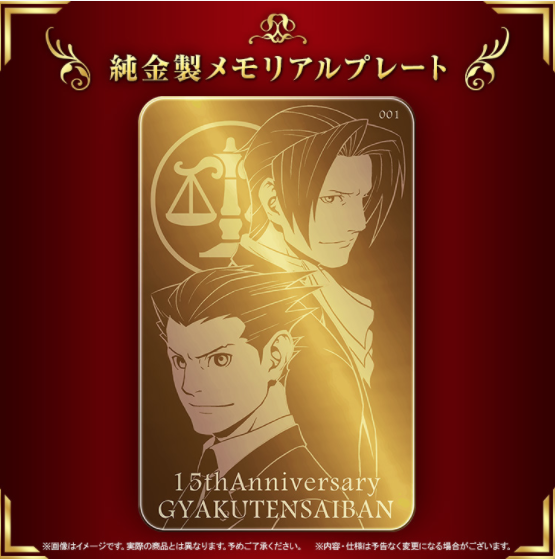 This bundle (which we assume is going to be heavy to ship, so add shipment charges to everything else) will only be sold in Japan, and only through Capcom’s online store.