Those Things are coming back from the Loop, and this time, no one is safe! Free League Publishing is about to launch an expansion to their most successful tabletop RPG.

Things from The Flood is an expansion pack for the award-winning Tales from The Loop, the RPG that takes Simon Stålenhag’s stirring retro monster art and creates a tabletop narrative around it. The game was enough of a success that Amazon bought the rights to develop a potential TV series. Unsurprisingly, more is on the way.

Things From The Flood adapts another one of Stålenhag’s art books and brings back the characters from the first. Now they’re teenagers in the 1990s…what will happen to them this time? It’s up to you, but according to Free League, this expansion is darker than the original, and it’s fully possible for someone to die.

On September 28 Free League will launch its Kickstarter for Things From The Flood. Stay tuned for more info then. 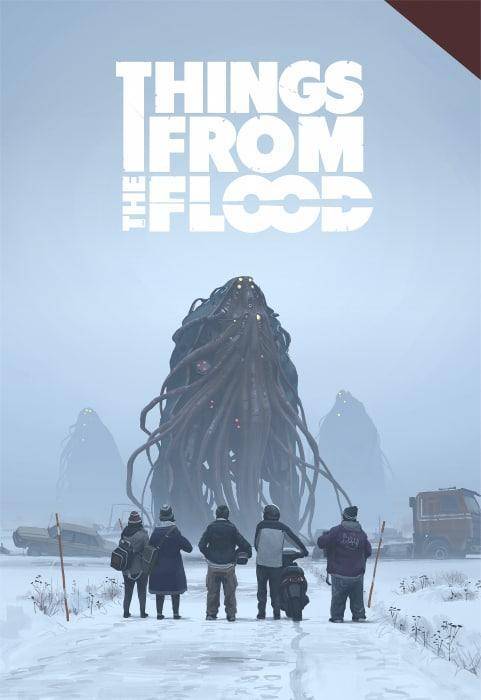 Things from the Flood is based on the art book with the same name and thrusts the Tales universe into a grim and bleak alternate 1990s. In this major expansion, fully playable as a complete game, you step into the shoes of teenagers growing up in the midst of a decade of change – and disaster.