The Witcher Season 3 Slated For Next Summer; Spinoff Coming This Winter

The Witcher has three main characters: the Witcher himself, the sorceress Yennefer, and the princess Ciri — but only rarely have all three been onscreen at the same time. Season 1 involved Geralt and Yennfer meeting and fooling around while Ciri escaped her burning kingdom and ran from one peril to another. In Season 2 Geralt finally found Ciri and became her father figure, so they spent pretty much the whole season together but Yennefer was off doing her own thing somewhere else. It was only in the final episode of Season 2 that the three finally met in one place.

Will they work together at last, or will one of them see a butterfly and run off somewhere? Netflix announced the first details for The Witcher Season 3 during their TUDUM event today, and it sounds like this WILL be the season where they stick together — or at least willingly try to. “As monarchs, mages, and beasts of the Continent compete to capture her, Geralt takes Ciri of Cintra into hiding, determined to protect his newly-reunited family against those who threaten to destroy it. Entrusted with Ciri’s magical training, Yennefer leads them to the protected fortress of Aretuza, where she hopes to discover more about the girl’s untapped powers; instead, they discover they’ve landed in a battlefield of political corruption, dark magic, and treachery. They must fight back, put everything on the line—or risk losing each other forever.”

Netflix says we’ll get The Witcher Season 3 next summer. That’s a long wait; we just got through the previous summer. But they have a plan for that: they’ll sate our appetites with The Witcher: Blood Origin, a spinoff set over a thousand years before the events of the mainline series. In this six-episode saga, we’ll learn how the Witchers got started in the first place. Plus, it’s got Michelle Yeoh! Yay! 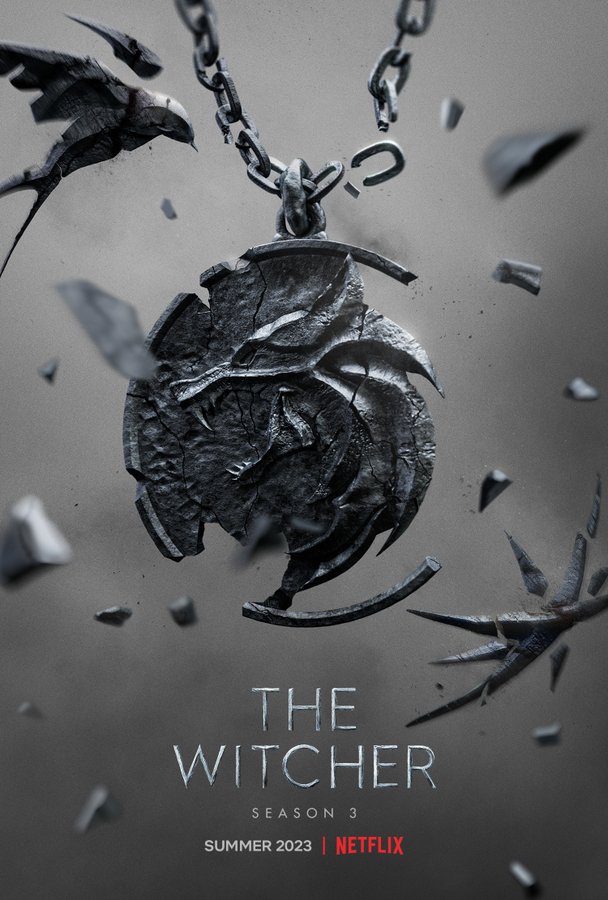