The Weekend I Met Samantha Fox

I attended the Chiller Theatre convention in Parsippany, NJ from April 26th through 28th of 2019. It was the last Chiller I’ll be attending for a while as a result of some pretty big changes happening in my life over the next year or so, and I’m glad I made it to this one. A highlight of the show was meeting Samantha Fox, the singer and former Page 3 model who changed the game for me when it came to the interviews I do. 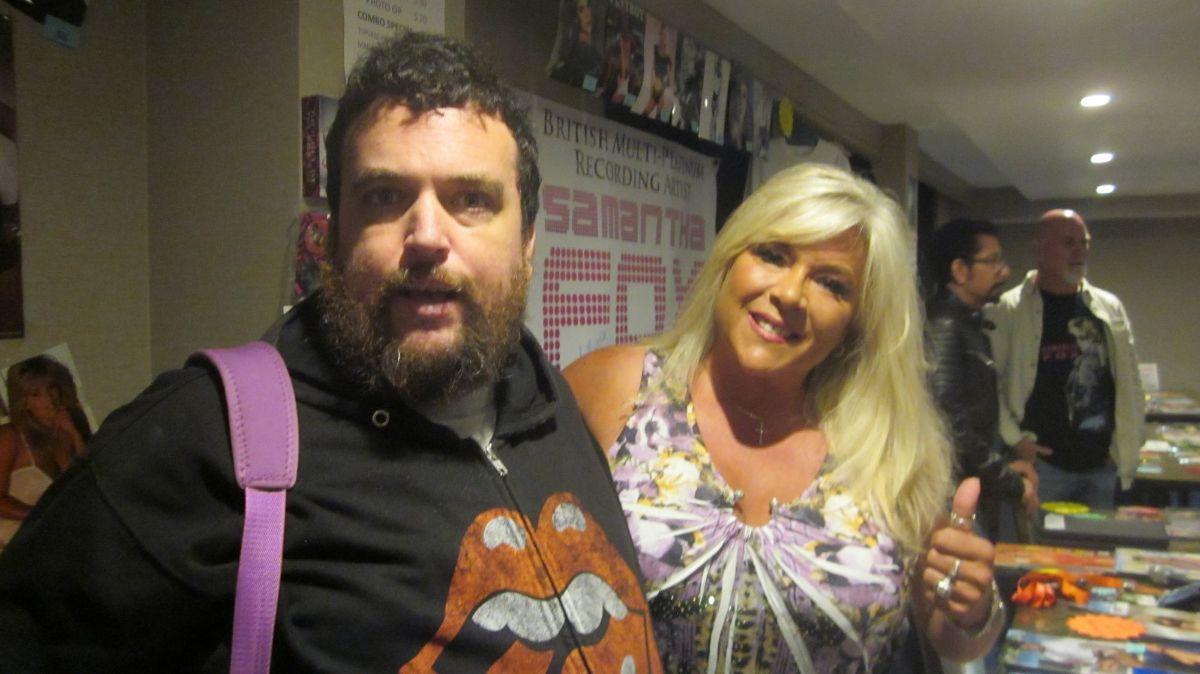 To provide some backstory, I was first exposed to Samantha Fox’s music back from my late teens to my early 20s. I was on the search for all the 80s-related material I could find, and eventually Samantha Fox came into my field of vision. I was fascinated by Samantha and her music. She was very upfront and bold in her lyrics and performances, and I loved the attitudes she expressed in her music, ranging from wanting to party to falling in love to dealing with both the ups and downs and life in the city. Samantha Fox’s music just spoke to me very much.

By the time I got to my mid-20s, I was writing for the website RetroJunk, and Samantha Fox often made her way into my writing. Sometimes the articles were successful, as my 25th published article was an article about 80s music ballads, and Samantha’s song “True Devotion” was one of the many songs I wrote about. On rare occasions, the articles were duds, as with an ill-fated article I wrote about a dream collaboration album between 80s and 00s artists covering 80s songs, Samantha being one of the many 80s artists I discussed in that piece. In both form and content, that article was savaged not only by people who hated my writing, but even my supporters as a writer.

My biggest successes on RetroJunk, though, were my interviews. I did most of them via e-mail until 2012. It was in that year that Samantha Fox’s manager informed me that she only did phone interviews. My attempt at a phone interview the previous year with original MTV VJ Nina Blackwood had to be converted to an e-mail interview as a result of not having a recorder. I knew this time out that if I didn’t have a recorder, I would be missing out on a great opportunity. I invested in a recorder and an international calling plan, I dialed England, and Samantha Fox became my first successful phone interview subject.

I never forgot her kindness, and that phone interview changed everything for me. It was shortly before that interview in 2012 that Samantha Fox made her first appearance at the Chiller Theatre convention in Parsippany, NJ, and had a lot of fun there. I only started attending the convention regularly in 2014, and I had hopes that Samantha would return someday. Those hopes came true in 2019, so I purchased photos of Samantha from both eBay and Etsy for her to sign (pictures I can’t share here because of nudity), and finally met Samantha Fox in person. 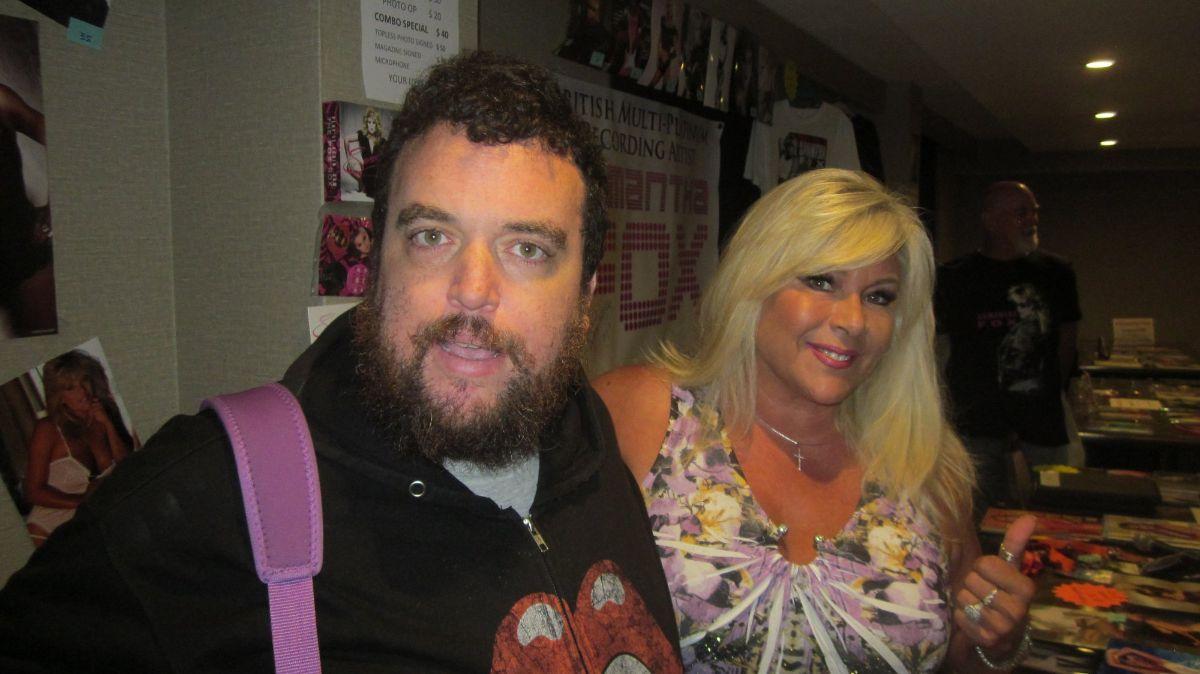 Meeting Samantha Fox was everything I was hoping it would be. I found her to be very friendly, and an incredible beauty in person. I told her about the interview I did with her back in 2012, and how that changed the game for me as an interviewer. Samantha really changed things for me. My last few e-mail interviews for RetroJunk didn’t exactly have the best reviews, so Samantha and her manager gave me the push I needed to really make a change in my writing style.

Samantha Fox signed two different topless photos for me, and I found her to be delightfully saucy about the photos, referring to her prodigious chest as “my boobies” when signing the picture. On Sunday of the convention, I showed her the second photo I wanted signed, and asked for a personalization related to my singing. She asked me to sing a little for her, so I sang a few acapella bars of Prince’s “Purple Rain”, and she and her assistants applauded me. That really made me feel good. For years, I had mixed feelings about my own singing, but Samantha’s praise heartened me. 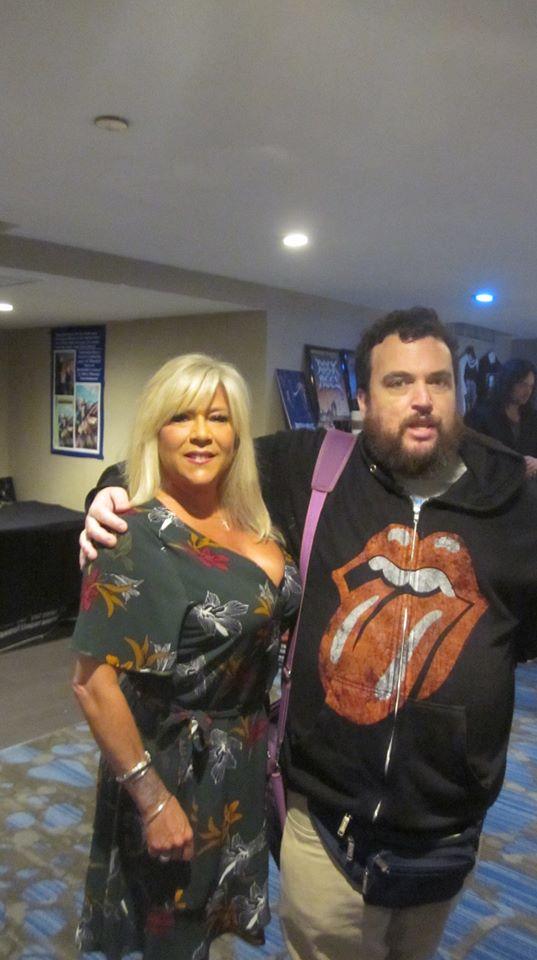 Over the years, I’ve been lucky enough to attend Chiller Theatre and meet former interview subjects like Lita Ford, as well as talents who would become interview subjects like Loretta Swit. I never thought the day would come, though, when I would meet the woman whose way of doing interviews would forever change my writing style. Meeting Samantha Fox was a dream come true, and I got the chance to thank her for how her way of doing interviews changed things for me for the better.

While I won’t be back to the Chiller Theatre convention until October of 2020 at least, I have some wonderful memories of this convention, and meeting Samantha Fox, my first successful phone interview subject, will stay with me for a very long time.

Thank you, Samantha, for having been so kind to meet. You’re a great beauty, but more than that, you’re a kind heart and a very sweet woman. Much success to you in the years to come. 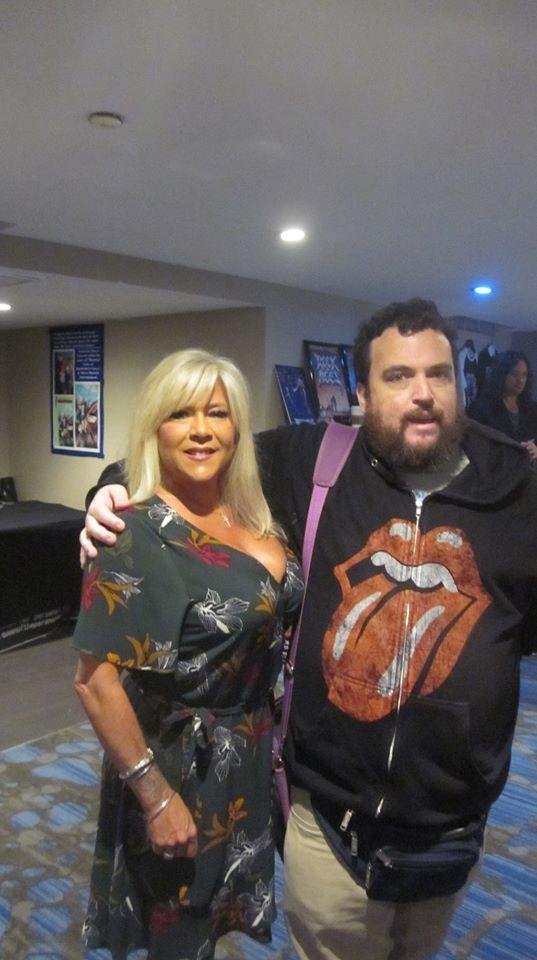