Fans of The Seven Deadly Sins manga series can read the final chapter on the same day as its Japan release through Kodansha’s partners CrunchyRoll, comiXology, and BookWalker. Fans that are new to the manga series can read it from the beginning in print, as well as through their digital partners: comiXology, BookWalker, Kindle, Google Play, MyAnimeList, Rakuten Kobo, nook, and Apple Books. 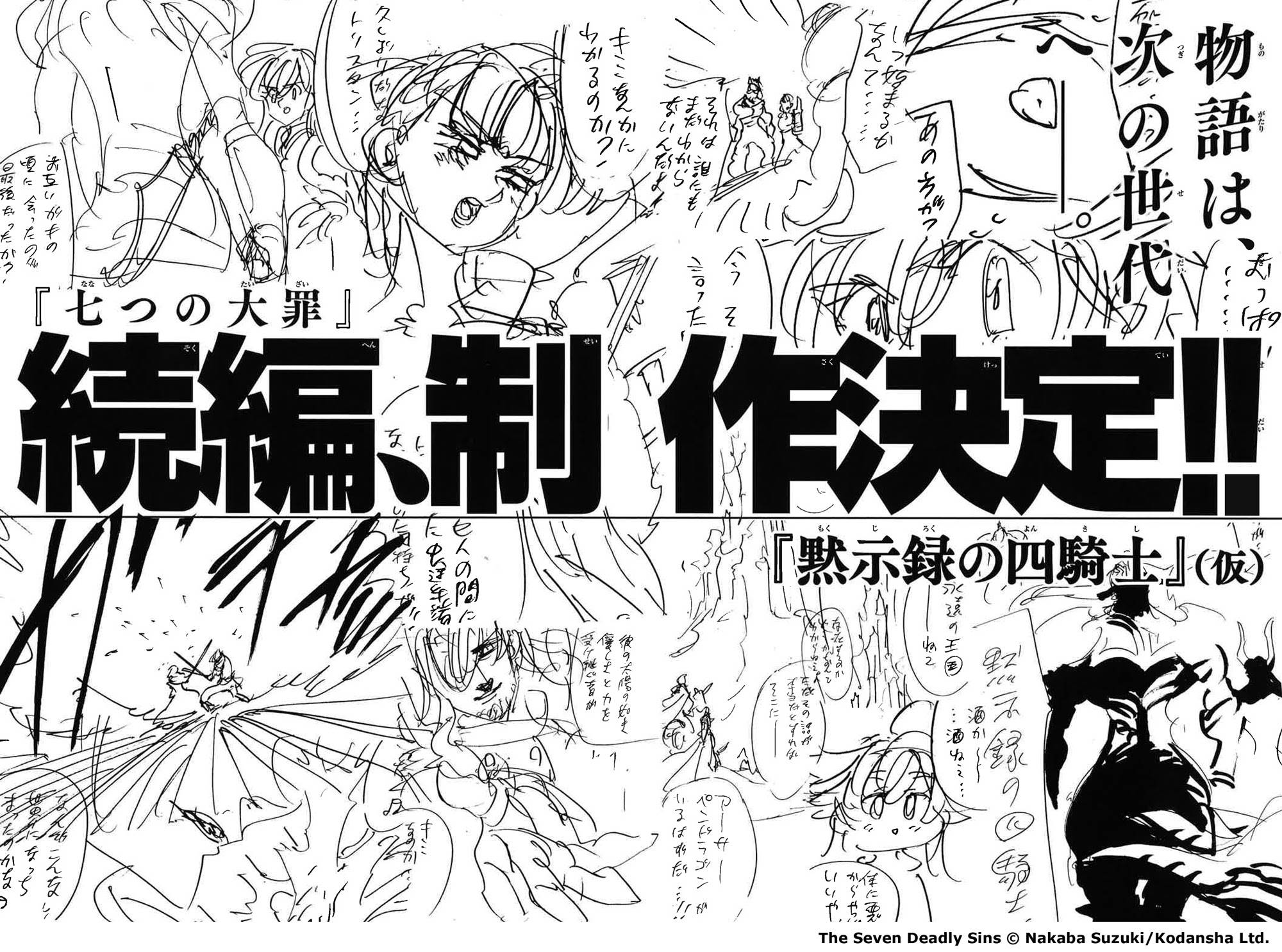 The Seven Deadly Sins are feared warriors that were sent into exile after being accused of attempting to overthrow the monarchy. The Sins were framed by the king’s guard, the Holy Knights. Princess Elizabeth discovered this too late to stop the Holy Knights from killing her father and seizing the throne. The princess, now on the run, seeks out the Sins to help her take back the kingdom. The first of the Sins she meets, leaves her underwhelmed, and wondering if the legend of the Sins’ power and courage might have been exaggerated. Melodias, is an innkeeper with a talking pig and not even a sword to his person. Will the Sins be up to the task of helping Princess Elizabeth reclaim the kingdom? No spoilers will be found here. You’ll have to read the manga to find out.

The Seven Deadly Sins manga series ended its impressive, long run today. A sequel series has been announced, which is tentatively titled The Four Knights of the Apocalypse. More details will be made available at a later date. For more information on The Seven Deadly Sins, make sure to check out any of the links in this article for one of the many ways to catch up on the manga.