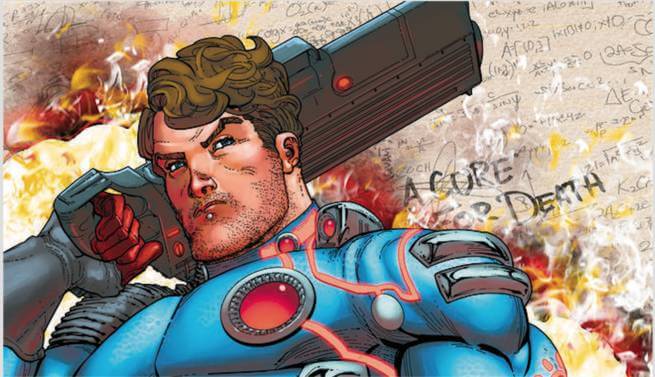 The upcoming original series is described as a sci-fi odyssey following Jonas Quantum: a maverick hyper-genius who has the power to cure death in the morning, time travel in the afternoon and go through trans-dimensional wormholes at night. Due to his curse of infinite intelligence, Quantum just does not have the penchant to play well with others.

Guggenheim has been doing very well with the Arrow TV series as of late, so it is cool to see him doing a new monthly comic series with Legendary. Legendary has published a great deal of one-offs and miniseries. Jonas Quantum seems interesting because it appears to be a monthly ongoing series based on the official press release. The monthly series is set to debut in September. You can check out some of the official artwork for the series below.

In addition, Guggenheim is also attached to executive produce the just announced Arrow spinoff show, DC’s Legends of Tomorrow. You can read more about that show here.